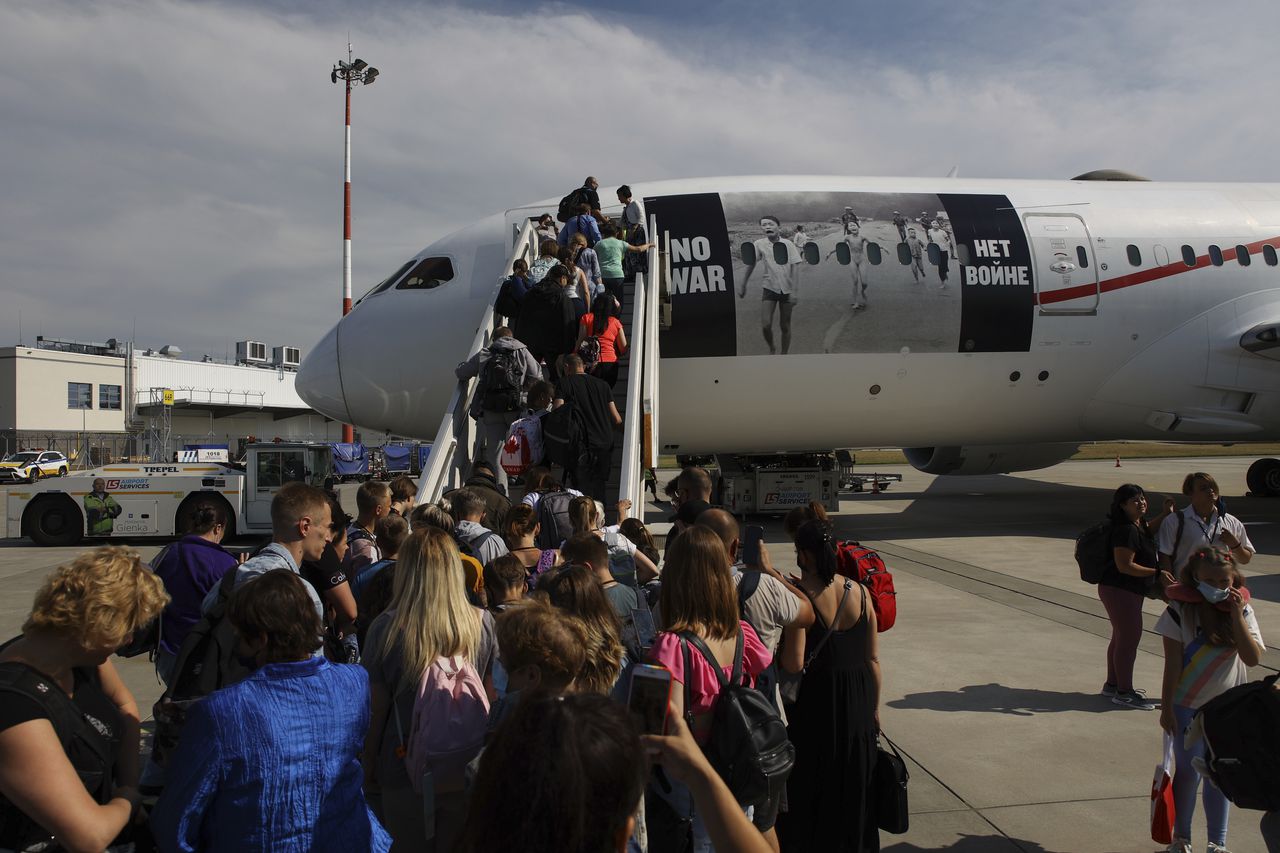 The iconic Associated Press photo of Phuc in which she runs with her napalm-burnt body exposed, was etched onto a private non-governmental organization’s plane that flies refugees to the city of Regina, the capital of the Canadian province of Saskatchewan.

Kim, 59, a Canadian citizen, said she wanted her story and her work for refugees to be a message of peace. With her husband, Bui Huy Toan, she traveled from Toronto to board the humanitarian flight.

The refugees, mostly women and children from across Ukraine, are among thousands of Ukrainians granted humanitarian visas by Canada following Russia’s invasion of their country. Millions of Ukrainians have fled since Russia attacked on February 24. Nearly 5.5 million have registered with aid organizations in Europe, UN says

Canada is one of many Western countries that provide safe haven for Ukrainian refugees.

The founder of the NGO Solidaire, Argentine philanthropist and pilot Enrique Pineyro, piloted the Boeing 787. Oscar Camps of the Spanish organization Open Arms was also on board.

AP photographer Nick Ut took the Pulitzer Prize-winning photo of Kim and other children fleeing a napalm attack in South Vietnam in June 1972.