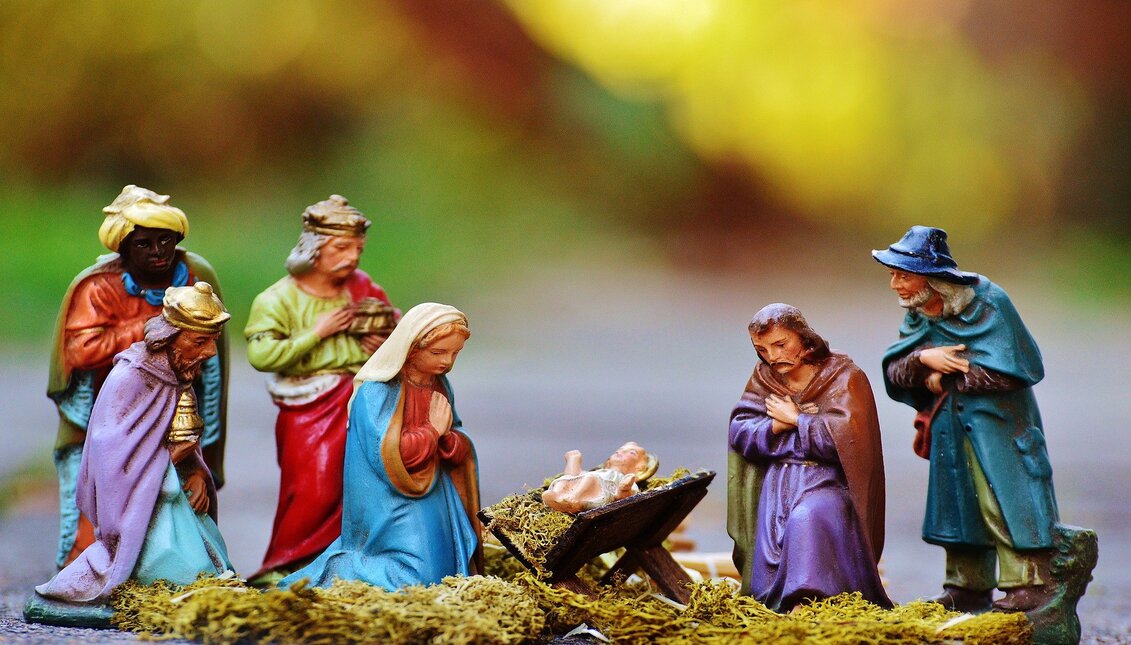 9 days before Christmas: these are the traditions that Latam celebrates

“Most benign God of infinite charity, who loved men so much, that you gave them in your son the pledge of your love, so that, made man in the womb of a Virgin, he may be born in a manger for our health and our remedy; I, on behalf of all mortals, thank you very much for such a great benefit. It is the first paragraph of one of the prayers which are repeated for 9 consecutive days until the night of the 24th, a custom considered to be the longest Christmas celebration in the world.

With 9 days before the celebration of Christmas around the world, in several countries, the celebrations leading up to Christmas Eve begin. This includes festive days of prayer in the company of family and friends, singing Christmas carols, and eating special holiday foods.

With deep influences from Christian and Catholic education, countries, especially in Latin America, carry out rituals with which they pay homage to the birth of Jesus in Bethlehem. Here are some of the traditions that Latin cultures celebrate for nine days, between December 16 and 24:

Celebrated in Colombia, Venezuela and Ecuador, the novena is a tradition practiced by families who, for nine days, gather around a manger to recite a series of prayers specially written for the time, accompanied by some â€œjoysâ€. Or special songs to praise the birth of Jesus. .

When they have finished praying, whether in a church, park, shopping mall, or generally in homes, it is usually customary to sing Christmas carols, songs on Christmas themes, and share dishes prepared especially for these dates, such as sweet â€œnatillaâ€ (a kind of pudding) and savory â€œbuÃ±uelosâ€ (fried cheese balls).

The history of this tradition dates back to the 18th century, with the Franciscan monk of Ecuadorian origin, Fray Fernando de JesÃºs Larrea, who wrote the first novena. A version closer to what is currently celebrated, which includes songs of joy, was later written by nun Bertilda Samper Acosta. It is important to note that this tradition, despite the influence of Catholicism, originated in Latin America.

Organized in Mexico and other Central American countries, posadas are religious festivals dating back to colonial times (also the 18th century). Through them, families pay homage to the pilgrimage of Joseph and Mary to reach Bethlehem.

Its specific origin occurs when the Spaniards imposed European practices of pre-Christmas celebrations, supplanting the cult of the god of war which was celebrated by the natives in those same days.

Those that were originally known as the ‘Christmas bonus’ and were only celebrated in the atriums of churches and convents, nowadays it is a family tradition that is celebrated in homes and streets, while ‘it is adorned with candles, sparkler lights and “piÃ±atas.”

UAB recruits 18 players on the day of early signing