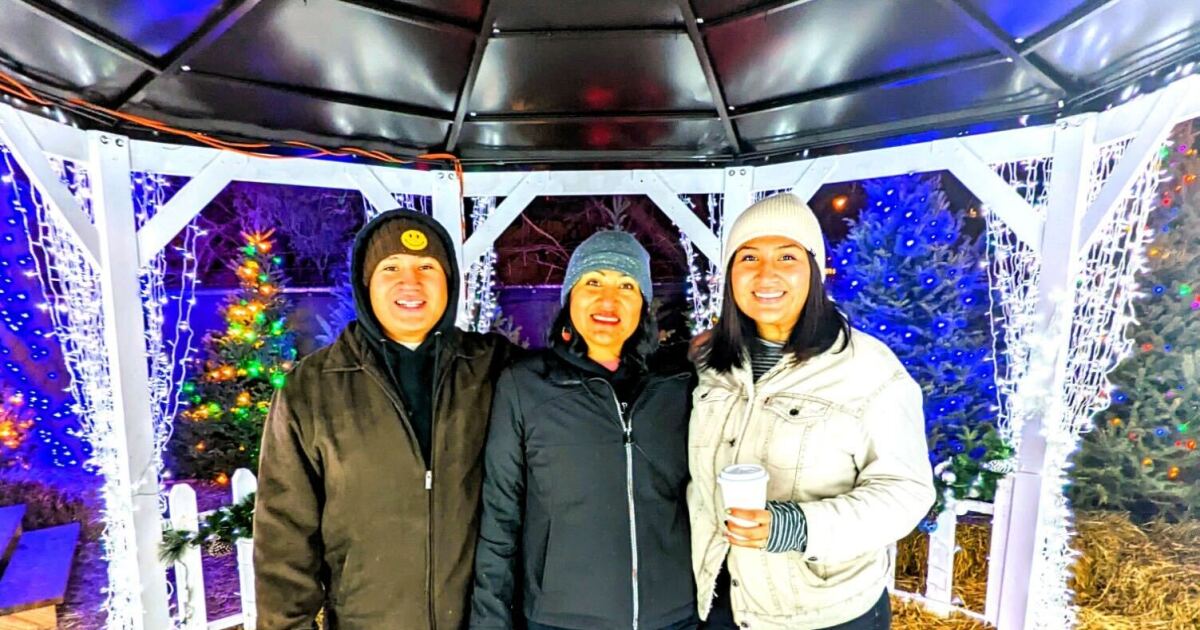 A bunch of Iowans aren’t ready for par. He still needs access to information for the second year of the pandemic

A dark-haired woman wearing comfy hoodies sits at her kitchen table in Des Moines. She sips her coffee and rearranges some books on her table.

Her name is Sonia Reyes. She was working from home that day because she just wasn’t feeling well enough to get to the office. She has fainting spells and sometimes does not feel comfortable driving. She had just completed an online course for her bachelor’s degree in cross-cultural communications.

“Today is a really bad day,” she admits. “I’m extremely dizzy, my blood pressure is very low, so I can’t leave the house because I’m randomly fainting. So I’m housebound today.”

Reyes has suffered from these long-term symptoms of COVID-19 for almost two years. She tested positive for the virus for the first time in July 2020, having tested negative three times. She says the most serious symptom, her low blood pressure, is the most difficult and has affected her life in many ways. She even passed out in public when she couldn’t decipher her body’s warning signal quickly enough.

Reyes was one of many Latinos who ended up hospitalized with the virus. Sometime last April, intensive care doctors at the University of Iowa noticed approximately 90% of patients there were Hispanics. And many of them spoke only Spanish. Many were treated and eventually sent home. But that’s not the end of the story.

“We started getting calls about the problems they were having. After they were discharged from the hospital,” said pulmonologist Joseph Zabner.

He works within the Post-COVID-19 clinic at the University of Iowa Hospitals and Clinics and established its Spanish-speaking team of medical experts. The clinic is designed to treat people with long-lasting COVID symptoms, like Reyes. It is the only clinic in the state and one of the first in the country devoted to treating patients who have recovered from the virus, but are still dealing with long-term symptoms. About half of the key members of the medical team are Latinos.

Although Zabner said there aren’t many Latino patients at the clinic yet, that doesn’t mean they don’t have long-term symptoms. It may be an access problem. There are people from all over the Midwest seeking care for their long-term symptoms. But all of these people had the ability to travel.

“I guess it’s access. The ability to come from rural communities to Iowa City, insurance, things that are beyond the control of doctors and maybe it’s because they don’t know about it,” Zabner said.

He went on to add that for some, access can be even more complicated when it comes to finances and immigration status.

Reyes relied heavily on the word-of-mouth strategy. She didn’t know about the clinic until a friend told her about it. Then she told her stepfather, who was also showing symptoms.

She considers herself lucky because she has family and friends who can take her to her clinic appointments, she has insurance, and she is bilingual. But not everyone in Iowa’s Latino communities has those strengths.

“Any historically marginalized or minoritized community doesn’t feel confident to stand up for themselves. First, because they live in survival mode most of the time. And also, they don’t know there are resources out there,” Reyes said. . .

They are told no most of the time. So you give up after a while, because you have to choose your fights and know where you’re going to put all your energy.

She added that she found the post-COVID-19 clinic also helped her in her school life. The clinic provided her with a medical reason why it was difficult for her to come to classes in person. Again, another aspect that some people who have to go to work in person can’t afford if they don’t have access to the clinic or don’t know about it.

Reyes said the clinic helped her feel validated: “There were times when I started to wonder if I was making up the symptoms in my head, especially the brain fog.”

“Brain Fog” is one of the most common long-term effects of COVID-19, according to Zabner. It’s when someone’s thinking seems sluggish and they suffer from forgetfulness.

It’s not just the knowledge of the post-COVID clinic that some Latinos don’t have access to. Medical experts have noted that there is still a disparity between Latinos and Spanish speakers and access to valid information about the virus and its vaccine.

“That’s one of the tasks that we probably have to figure out how to solve this year,” Zabner said.

The Hispanic population of Iowa is the least vaccinated group, according to a study by the Kaiser Family Foundation. And some attribute this to a lack of outreach efforts. Like Ramón Calzada.

He said he feels like state officials are rushing to get back to normal, when his community can’t do that yet. He said people need resources and information about COVID-19, not because it has necessarily changed, but because they never got the right information to start with.

Zabner agreed, saying he noticed many people were getting the wrong information about the virus and the vaccines available to protect people from it.

“Misinformation is endemic, not only in Spanish, but in English and everywhere. And we hope to learn from this, there will be other pandemics and we will learn that we have to be prepared and we have to understand how to manage information “, he explained.

At first, Calzada said, the biggest issue was making sure Latinos had access to vaccines. Now there are many vaccines available. And people go back to “normal”. Even though he said Latinos in the state aren’t ready to get back to normal.

He lives in Council Bluffs where he runs a social services office called Centro Latino of Iowa. And he said one problem he’s noticed is that it feels like the state still needs to work on this monster. He said he delegates his own responsibilities to local nonprofits, rather than actively associating.

Other nonprofits in the state are working hard to help spread accessible information about the vaccine to Latino and Spanish-speaking communities. Latinx Immigrants of Iowa is one of them. They hold regular vaccination clinics and create and share videos like this to continue spreading awareness about COVID-19 vaccines.

“It’s like doing a campaign, you know? Going from house to house, knocking on doors, you know, with the promotores and saying, ‘Have you had your shot yet? Alright, let’s do it now. And it will be great, you know, but you need an army,” Calzada explained.

He lived in California where he said this idea was already being implemented in all communities.

“The whole concept of creating a community health worker, we don’t have one in the state of Iowa. I think there will be a great solution to this problem,” he said. .

Now, Calzada said he’s starting to see similar ideas to his pop-up across the state. He said perhaps taking these steps would better prepare Iowans for health issues in the future.