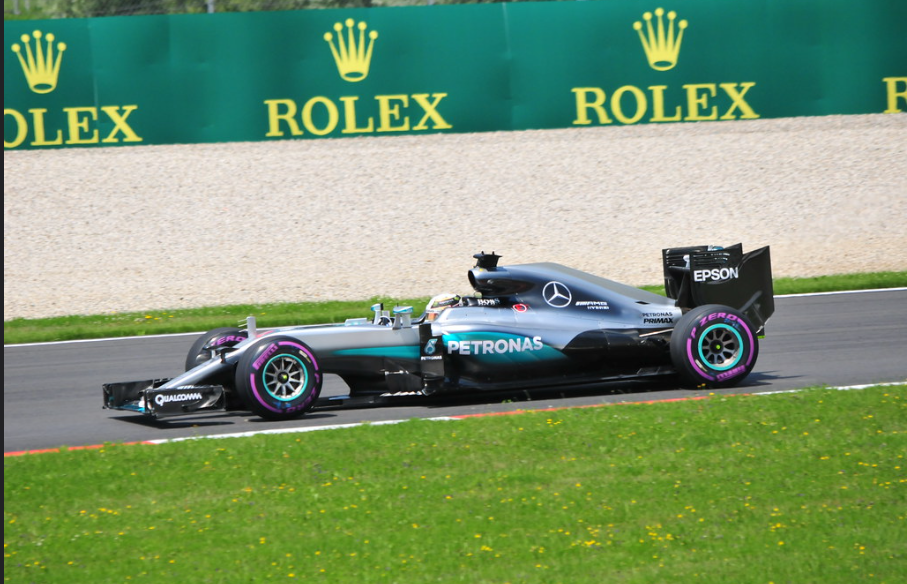 The last month of Formula 1 news has been quite controversial. Abusive fans in Austria, booing at Silverstone, Nelson Piquet using a racial slur in reference to Lewis Hamilton, and Bernie Ecclestone saying he’d ‘take a bullet’ for Vladimir Putin. This crescendo of controversy has drawn attention to the growing presence of hostility in Formula 1 culture, especially among its fans.

Piquet and Ecclestone both have histories plagued by unsavory commentary. Ecclestone – who was removed as Formula 1 chief executive in 2017 – has long been a Putin supporter, saying he “should lead Europe” in 2016. The 91-year-old has now been charged with fraud by the Crown Prosecution Service, due to £400million in undeclared assets.

Throughout his career, three-time world champion Piquet has made incendiary remarks, calling Nigel Mansell’s wife ugly and implying that Ayton Senna was gay. While Ecclestone’s comments are those of an aging billionaire with dwindling influence and relevance in motorsport, Piquet’s comments are far more relevant when analyzing Formula 1’s hostile culture.

Piquet’s daughter, Kelly, is Max Verstappen’s girlfriend, suggesting he’s far from impartial. After all, he used racial slurs while blaming Hamilton for the crash with Verstappen at the 2021 British Grand Prix.

Hamilton’s title fight against Verstappen in the 2021 season was certainly dramatic; crashes at Silverstone and Monza, with a controversial conclusion in Abu Dhabi, created tension between the rivals. The on-track battles were bolstered by media duels as they blamed each other for the incidents: team principals Toto Woolf and Christian Horner bickered over everything from stewarding decisions to flexi-wings.

This public hostility between rivals also infected the Formula 1 fanbase, leading to a growing culture of vitriol and division. Hamilton suffered racist abuse after winning the 2021 British Grand Prix, and Nicholas Latifi received death threats following his crash in Abu Dhabi, which later resulted in Verstappen’s first championship win. These were two separate incidents fueled by notable successes for the rival teams.

2022 unfortunately continued where 2021 left off. There have been several incidents of abusive fan behavior, such as fans booing Verstappen during interviews at Silverstone, or cheering when Hamilton crashed out of qualifying in Austria. For many, the events at the Red Bull Ring are a sign that the culture of Formula 1 needs fixing, with such reports distracting from a fantastic race. In this context, Piquet’s comments can be seen as symptomatic of this developing hostile culture.

But is all this new? After all, this sport is no stranger to racism and hostility. Hamilton – the only black driver to ever compete in Formula 1 – was abused at the 2008 Spanish Grand Prix after a group of fans appeared in black wearing t-shirts that read “Hamilton’s family”.

However, I would say changes in the way Formula 1 is presented to a wider audience have helped foster this hostile culture. Following Liberty Media’s takeover of Formula 1 in 2017, the sport has attracted new, younger fans, thanks in large part to the success of Netflix. Drive to survive series.

With its reality TV-style cover, Drive to Survive has come under increasing criticism in recent years for manipulating interviews and footage through its editing, in an effort to stir up controversy. Notably, reports of drama between McLaren teammates Lando Norris and Carlos Sainz during the 2020 season have been criticized for being mostly fabricated. In 2021, Netflix also highlighted the hostility between Mercedes and Red Bull. Maybe if Formula 1 wants to get its growing toxic culture under control, maybe that’s a place to start.

Formula 1 executives can blame social media platforms, such as Facebook and Twitter, as a way for fans to directly harass and insult drivers; However, that doesn’t mean they can’t do anything. Formula 1 has a long tradition of not letting political issues get in the way of making money. While the Russian Grand Prix was thankfully canceled following the invasion of Ukraine, holding a race in Azerbaijan during Pride month or racing in Saudi Arabia after Yemeni forces made blowing up an oil installation just a few miles from the track, are good examples of F1’s avoidance of taking a tough political stance.

Additionally, after implementing the “We Race As One” ceremony in the wake of the Black Lives Matter movement in 2020, F1 CEO Stefano Domenicali canceled it for the 2022 season, saying he was time to act rather than simple gestures. The ceremony gave drivers a platform to show their support for their personal causes or protest against injustices in the host countries of the Grand Prix, notably through t-shirts worn by Sebastian Vettel and Hamilton. For many, this represents more controversy avoidance than any Formula 1 course of action.

Formula 1 is not solely responsible for this. Their 2021 Engineering Scholarship Scheme for Disadvantaged Students is a good starting point to seek to increase diversity in the paddock. However, they must not distance themselves from this growing culture of hostility.

Issuing bans for abusive fans and Piquet having his paddock pass withdrawn offers progress, but Formula 1 still has a long way to go if it is to show it cares about more than winning money. silver. Hopefully they will eventually choose action over ignorance.