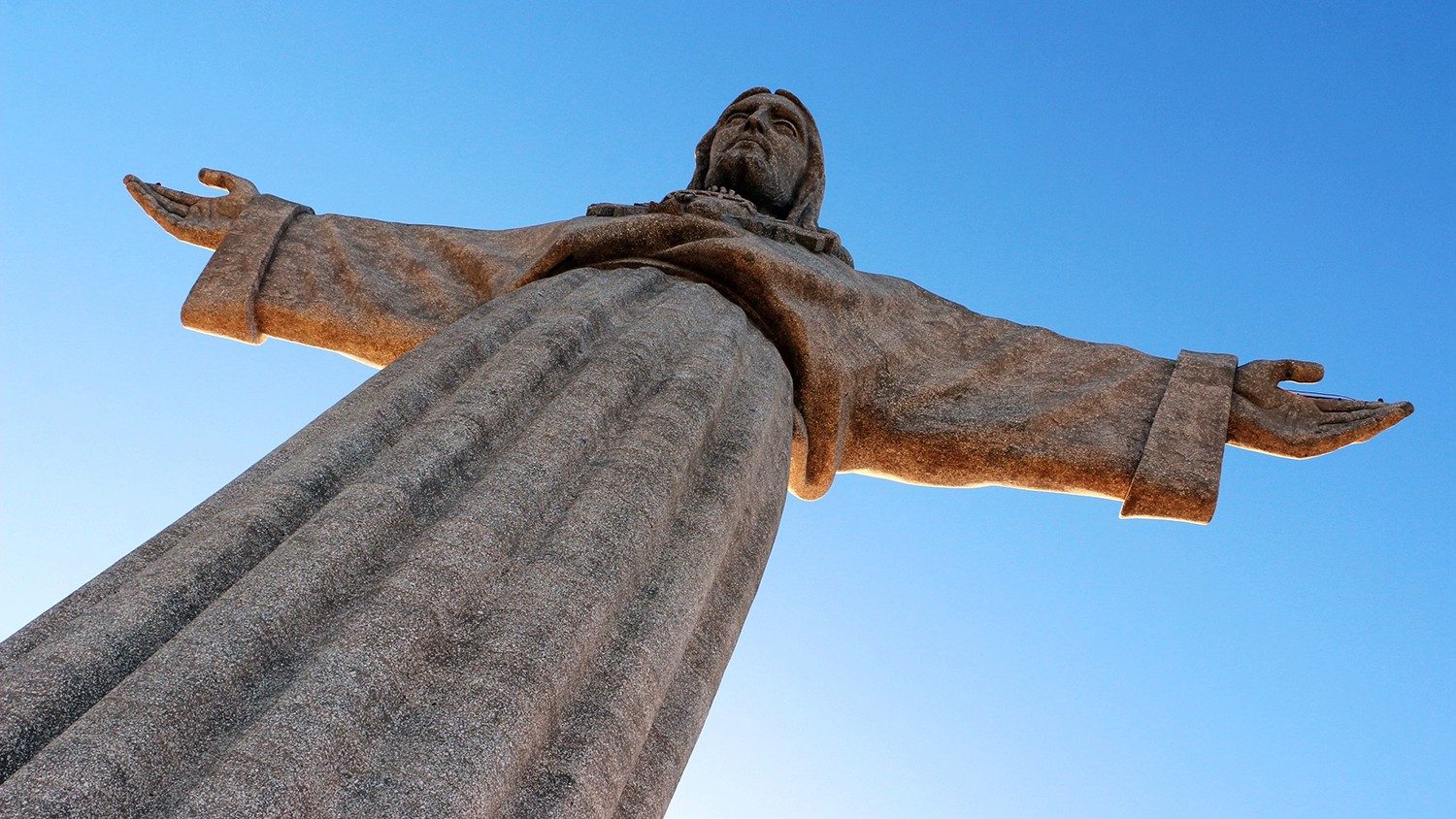 Pope Francis authorizes the promulgation of decrees recognizing a miracle attributed to an Italian layman, the martyrdom of two Italian priests who died during World War II and the heroic virtues of seven new Venerables, including two missionary bishops and three lay people.

Pope Francis received in audience on Saturday Cardinal Marcello Semeraro, prefect of the Vatican Congregation for the Causes of Saints, and authorized him to promulgate decrees concerning various causes showing a wealth of examples of unlimited charity and heroism in the face of to violence.

The first decree concerned Blessed Artemide ZattiItalian layman, originally from Boretto in the Po Valley where he was born in 1880.

The family emigrated to Argentina when Artemide was 17 and settled in Bahia Blanca. There the young man met the Salesians and entered the Congregation as a professed member, but he fell ill with tuberculosis. Once cured, he chose not to become a priest but to devote himself to the sick in order to fulfill a vow he had made to Mary Help of Christians. He offered this service for the rest of his life at Viedma Hospital as Vice Director, Administrator and Nurse, and was appreciated and esteemed by his patients and their families, until his death from cancer. in 1951.

Pope Saint John Paul II beatified Artemide Zatti in 2002. The miracle recognized on Saturday for the canonization dates back to 2016 with the healing of a Filipino from Tanauan Batangas, victim of a severe, almost fatal ischemic stroke, aggravated by heavy bleeding . His family could not afford his surgery and took him home on August 21.

However, on August 24, he abruptly removed the nasogastric tube that was supplying him with food and oxygen, demanded food, and in the following days resumed normal life. It was his brother, a Salesian Brother in Rome, who on the very day of his hospitalization had begun to pray for the intercession of Blessed Artemide Zatti.

The stories of martyrs and future Blessed Fr. Giuseppe Bernardi and Fr. Mario Ghibaudo showcase their courage and faith to the point of offering their lives, in the face of brutal hatred shown by their attackers.

After the 1943 armistice, the town of Boves, in the Italian province of Cuneo, found itself at the crossroads of German forces and partisan struggle. On September 19, after a clash in which one man died on each side and two soldiers were taken prisoner, German Major Peiper threatened to destroy the city if his two captured men were not freed, along with the body of the one who was killed.

Pr. Giuseppe Bernardi and another person managed to negotiate the situation and obtained what was asked of the besiegers, but they did not keep their word. The German major then gave the order to attack and took the priest and another person, Antonio Vassallo, in an armored car and forced them to witness summary executions and the burning of houses.

It was at this time that around 4:30 p.m. the vicar of the parish, Fr. Mario Ghibaudo, died. After rescuing the girls from the orphanage and others, he visited someone who had been hit by German machine gun fire to give him Last Rites, only to be shot in turn. fired and mutilated by a soldier. Around 6 p.m., Fr. Bernardi and the other man were taken to a courtyard, executed and set on fire.

The decrees signed by Pope Francis on Saturday also recognize the heroic virtues of seven Servants of God, currently considered Venerable by the Church.

Spanish Bishop Martino Fulgenzio Elorza Legaristi, born in 1899, member of the Congregation of the Passion of Jesus Christ, worked in a Peruvian territory entrusted to him, marked by poverty. He often visited local parishes, traveling on foot, horseback or by canoe. He began the construction of a cathedral and new churches in the villages, and also participated in the first sessions of the Second Vatican Council. He died in Lima in 1966.

Archbishop Francesco Costantino Mazzieri, a member of the Friars Minor Conventual, originally from Abbadia di Osimo (1889), was also a missionary. In 1930, he felt the call to evangelize away from Italy, and was sent with six confreres to present-day Zambia, to the district of Ndola (then Northern Rhodesia), then a British colony. For 36 years he bore witness to pioneering evangelism that helped the Church grow despite difficult and impervious conditions. He chose to reside in the rural area of ​​Santa Teresa (Ibenga-Zambia) and his humility, and with his great charitable sensitivity, he worked heroically caring for lepers. He was loved by the people and died in 1983, who will always be remembered for his personal holiness.

The new Venerables also include founders of religious institutes.

Lucie Noiret (born in 1832 in France) founded the Congregation of the Servants of the Sacred Heart of Jesus under the protection of Saint Joseph. After her novitiate with the Sisters of Charity, she was transferred to the Italian town of Imola as an educator in an establishment for young poor girls and orphans. When the superior general decided to recall the nuns, Sister Lucia, on the advice of the bishop of Imola, Luigi Tesorieri, remained to serve in the establishment. Several young women join her and this is the first group of the future congregation. She died at Imola in 1899.

Casimira Gruszczynska was born in 1848 in Kozienice (present-day Poland), where she spent her entire life until her death in 1927. She took a vow of private chastity at the age of 10, which she renewed at the age of 21 with the permission of the parish priest during a mass at the parish church. The following year, her mother died and the future foundress devoted herself to visiting the sick and teaching catechism to children. In 1875, she entered the Congregation of the Sisters of the Heart of Jesus, but when the Tsarist regime decreed the dissolution of religious institutes in the territory of the Kingdom of Poland, the members of the Congregation went into hiding, continuing to work discreetly without the recognition given. by a religious habit. In 1882, she founded the Congregation of the Sisters of the Afflicted, dedicated to the care of the sick and suffering, subject to the Rule of the Franciscan Third Order, which she directed for 45 years. In 1922, Pope Pius XI awarded him the medal “Pro Ecclesia and Pontifice.”

Two of the three lay people recognized as Venerable are the same age.

Aurora Calvo Hernandez-Agero from Spain, born in 1901, has lived all her life in Béjar. From a deeply Christian family, her brother was a priest and she wanted to become a Discalced Carmelite, but the need to care for her elderly mother prevented her from entering the contemplative life. She worked as a catechist and strove in every way to deepen her interior life with intensity and care, dedicating herself to the Virgin Mary and showing great passion for spiritual exercises. She died of pneumonia in 1933.

Rosalia Celak was born in 1901 in Jachówka, Poland. At 17, she made a private vow of chastity, and at 23, she left for Krakow where she stayed for a year with an elderly woman who helped her with household chores. While still in Krakow, the following year she began working as a nurse’s aide for the sick in the surgical department of St. Lazarus Hospital in the same city, and after about two months she was transferred to the department of skin and venereal diseases. In 1927, she entered the Poor Clares of Krakow, but her fragile health did not allow her to stay there and the following year, she resumed her work at the Saint-Lazare hospital, gaining the trust and respect of all. In the last period of her life, her faith grew strongly in mystical union with Jesus. She died aged 43 in Krakow in 1944.

Twenty years older is the third laywoman whose heroic virtues have been recognized. Maria Aristea Ceccarelli was born in Ancona, Italy in 1883 to a family that did not appreciate her. His mother, illiterate, had a closed and very hard character, whereas here the father was violent, playful and alcoholic, taking a dislike to Aristea. The girl grew up in a world of loneliness, psychological and material poverty. She suffered from hunger and cold and started working very young as a seamstress at age 6 until age 11 when she started working in a restaurant. Her parents force her to marry Igino Bernacchia, and the two agree to live with her in-laws, where Aristea does housework and also works in the family bakery, butcher, and grocery store. Her stepfather and her husband were also violent, and unfortunately in 1902 she suffered from a serious and painful illness which led to her having her right eye removed. Aristea found solace in constant prayer, and when her husband’s work forced her to move to Rome, she entrusted herself to the spiritual direction of two Camillians, living her mission in hospitals, especially in the Sanatorium. Umberto I, among people with tuberculosis. , especially children, and visiting the sick at home, consoling them and helping them materially. She died in Rome on Christmas Eve 1971.