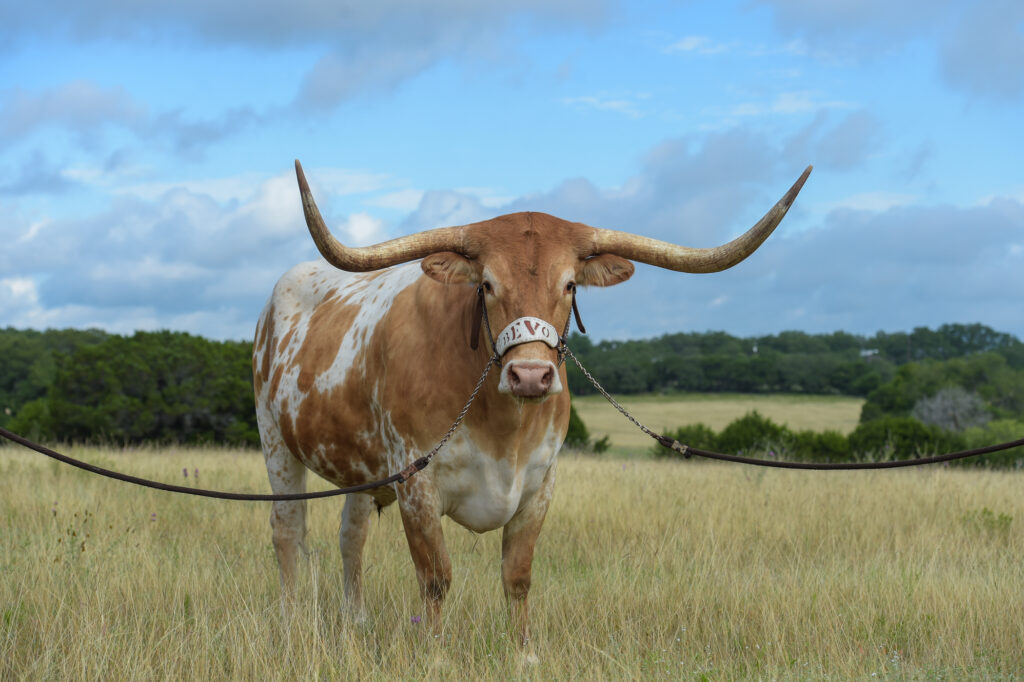 Answer to your questions about UT traditions

Who was the first Bevo, and why is that his name?

In 1916, UT teams had been called Longhorns for 16 years but had never had a living mascot except for the dog named Pig. Stephen Pinckney, a law graduate, wanted to change that.

That year he was working for the United States Attorney General’s office and had spent most of the year in West Texas participating in raids on cattle thieves. In September, a raid near Laredo revealed an ox whose skin was so orange Pinckney knew he had found his mascot.

With contributions of $ 1 from 124 alumni, Pinckney purchased the animal and loaded it onto a boxcar. The steer arrived at Austin station just in time for the football game against A&M. At halftime, in front of a record 15,000 fans in the wooden bleachers of Clark Field, where Taylor Hall and the Peter O’Donnell Building are now located, two West Texas cowboys dragged the half-starved and scared longhorn in the field, where he was officially introduced to the UT student body by a group of exes from Texas.

The following month, writing a review of the game, the editor of UT alumni magazine The Alcalde proclaimed, â€œHis name is Bevo. May he reign for a long time!

But the publisher left no clue as to why his name was Bevo. Over the next century, several theories surfaced. Most likely it stems from the word “beeve,” which was a common term for a beef-producing animal, to which an “o” was later added, a popular way of creating nicknames at the time. (The story involving Aggies, a football score, and branding has been debunked.)

Soon after, when rumors began to circulate that the Aggies were planning to kidnap Bevo, the longhorn was transferred to a ranch 60 miles west of Austin. Within two months the United States entered World War I and everything else became a low priority.

The steer was almost forgotten until the end of the war in November 1919. As food and care cost 50 cents UT per day, and because Bevo was not tame enough to be in the football stadium, and so Less wandering around campus, it was fattened up and became the main course of the 1920 football banquet. It was a less sentimental time.