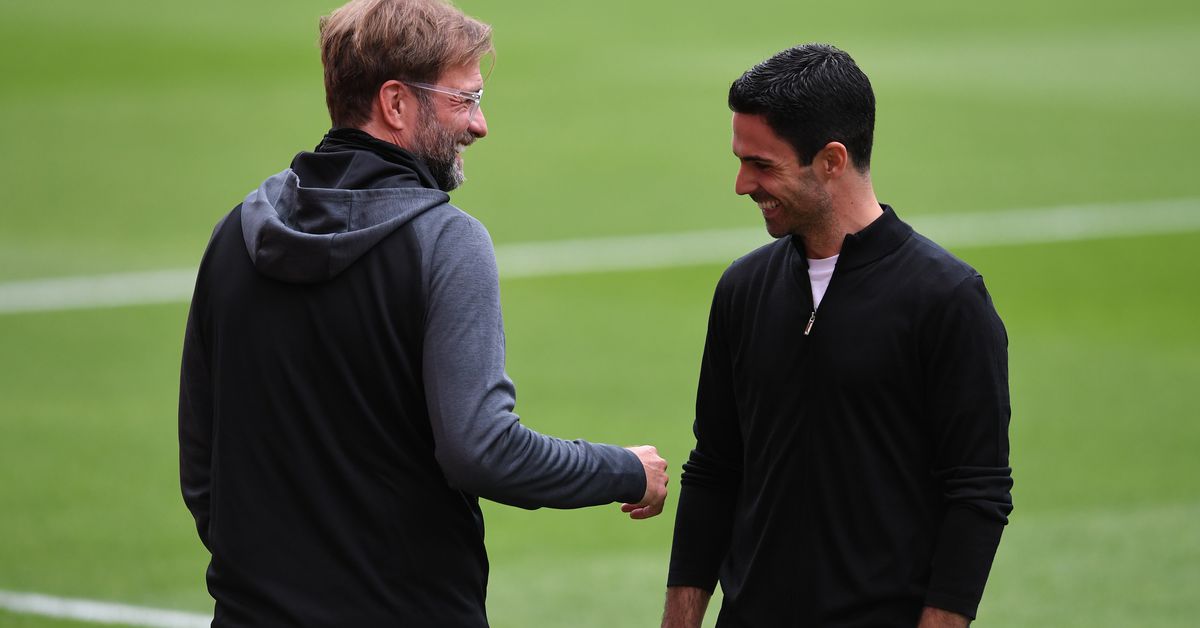 Arteta: “Going to Anfield is always a test”

One of the main reasons Liverpool FC have enjoyed such success since Jürgen Klopp took over as manager in 2015 is their compelling form at home. Klopp helped restore Anfield to its old reputation as one of the toughest stadiums in football for the away team to achieve a victory.

Ahead of Arsenal’s trip to face Liverpool tomorrow, Mikel Arteta has explained what it’s like to play at Anfield as a visitor.

“It’s always a test, it’s a fascinating stadium to play football,” Arteta said in his pre-match press conference. “You have to be at your best and raise the level to your maximum standards, emotionally, physically, tactically, because if you don’t, you will be exposed.

“Going to Anfield is always a test, but if you are able to do it, there aren’t many reasons as good as there to feel that you are a good footballer.”

The Spain manager also explained how difficult it is to assess an opponent like Liverpool on the sole basis of his recent results because, thanks to the work Klopp has done since taking charge of LFC, all of their work has been impressive for a long period of time.

“It’s hard to judge just on this season because what they’ve been doing in recent years, I think Jurgen and his staff have managed to bring the club to the best times in their history and keep it going which is the thing the most difficult to do.

“So they transformed the energy around the place; I think the cohesion and energy that they’ve created in the stadium is something special, and Jurgen has done that in other clubs he’s been in, so that’s a talent he has. He built from there and has obviously been hugely successful.