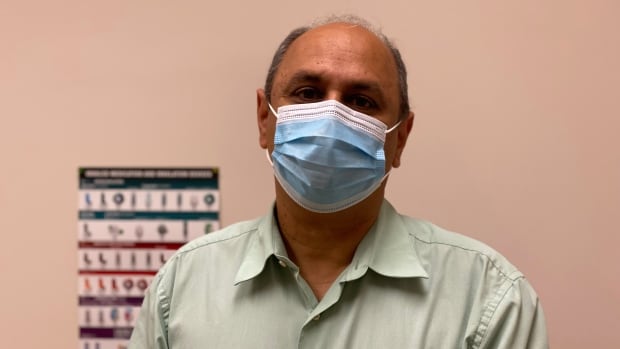 An Ontario government-funded interpreter program in the Waterloo and Wellington regions, seen as essential for those seeking medical support, risks being phased out by the end of the month as the influx of Afghan refugees into Canada is necessary.

The Former Waterloo Wellington LHIN launched the pilot program three years ago through the Kitchener-Waterloo Multicultural Center and other partners, including Immigrant Services Guelph-Wellington and Remote Interpretation Ontario Network.

It provided in-person, virtual and telephone interpretation services to clients of approximately 119 health care providers in the region.

It was hoped the pilot would be extended beyond its Oct. 31, 2021 end date, but the province has said that will not be the case.

The decision to cut is unclear

Lucia Harrison, CEO of the KW Multicultural Center, said the organization had not received a clear explanation as to why there would be no program expansion.

Harrison believes this may be because their contract “fell through the cracks” as a result of organizational restructuring.

She said the deal was with the Waterloo Wellington LHIN, which technically no longer exists.

The Ontario government disbanded 14 local health integration networks and merged them to create six provincial agencies under the umbrella of a central body called Ontario Health. The Waterloo and Wellington regions are considered Western Divisions and are now under Health Ontario West.

Harrison said the previous contract was “one of the most progressive in the province.” She said provincial officials told her it wasn’t fair to other parts of the province that don’t have a similar program.

Harrison said the program offers interpreters for up to 10,000 appointments per year. There was access to dozens of languages â€‹â€‹including Arabic, Farsi, Spanish, Dari and Pashto.

She said customers – including refugees, newcomers, immigrants and the elderly – would be badly affected without it.

“This impacts the [health] results. If you don’t have good communication, wrong tests can be given. Often what we see are tests that are not needed, â€she said, noting that children often end up interpreting for their families.

“I don’t even have to start saying how inappropriate this is,” she said.

The Refugee Health Clinic at the Center for Family Medicine in Kitchener is one of the health care providers who have used this service.

â€œIt was a game-changer for us and probably reduced many emergency room visits, reducedâ€¦ people getting sick and then ending up in intensive care. So for us it is essential,â€ said Dr Neil Arya, Family doctor. and director of the clinic.

Arya said the clinic has had to expand to meet the demand for Afghan refugees coming to Canada since the withdrawal of US troops from Afghanistan, which is now led by the Taliban.

He said it was already difficult to find available Pashto or Dari performers, even through the program.

Arya said the clinic may have to resort to facility workers, clients’ family members or even phone apps to communicate with clients.

“My fear is that just as the pandemic has delayed the treatment of ordinary people, of our refugees, we will no longer receive any care or less care, or faulty care by not having this interpretation,” he said. he declares.

Medical interpreter program to be phased out in Waterloo, Wellington

Authorities are sounding the alarm as Ontario plans to end the “crucial” medical interpreter program in the Waterloo, Wellington areas. 1:15

Harrison said the organization was ready to cancel 800 pending appointments in November, but Ontario Health West stepped in and said it would cover those appointments while it worked on a possible solution.

“He is committed to trying to figure this out,” she said.

Meanwhile, in an emailed statement to CBC KW, the Ontario health media team said this “historic deal has a natural end date of October 31, 2021.”

â€œOntario Health continues to work with our partners to find innovative solutions for the continuation of translation / interpretation services in the region,â€ the statement said, confirming that it approved cost coverage in November.

Denying services to newcomers under the guise of “fairness” is troubling.

Local politicians are also talking about the impending end date.

Laura Mae Lindo, MP for Kitchener Center, took to social media to speak out against the Doug Ford government’s decision to cancel the program.

â€œI think the Ford government tends to make some of these decisions behind closed doors without talking to people, without consulting people who know the value and the cost analysis, the business case and the benefits of having programs like this available, â€Lindo told CBC KW.

“There was an opportunity for the government to invest in this program because of its power and usefulness … all these organizations are jostling each other, especially at a time when locally we are still awaiting the arrival of more Afghan refugees. .

“They need the support, care … and access to quality health care they deserve.”

America’s Cup: Valencia back as a potential site