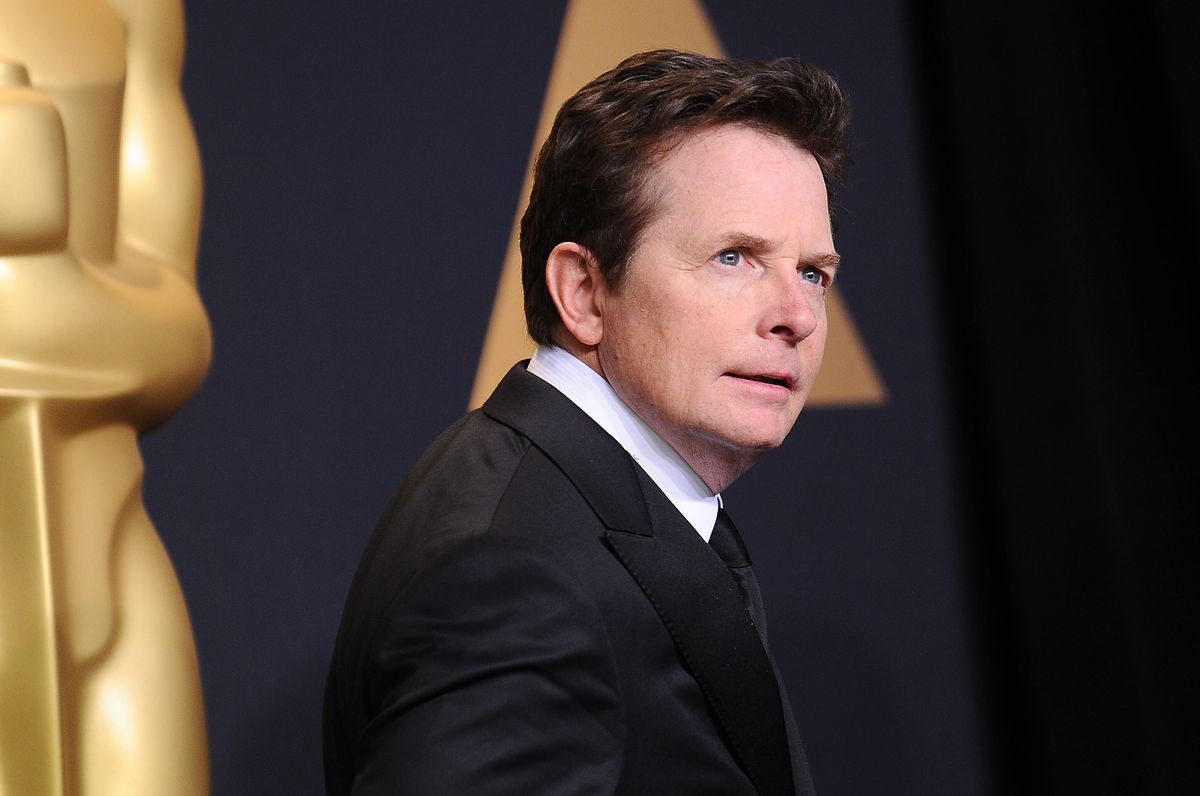 Back to the Future: How Michael J. Fox learned to survive in Hollywood with a neurodegenerative disease | Culture

In 1991, Michael J. Fox received news that would change his life. At the peak of his career, months after the third installment of Back to the future had pocketed 244 million dollars (220 million euros) at the box office, a neurologist whom Fox had gone to see after noting muscle pain and a tremor in a finger, gave him his diagnosis: Parkinson’s disease. In No Time Like the Future: An Optimist Considers Mortality, recently published in Spanish, Fox recalls being told by the doctor that he might be able to work another 10 years. He was 29 at the time.

The following months were not easy for him or his wife, actress Tracy Pollan. Terrified and trying to figure out what the future would bring, Fox started drinking. The situation has become untenable. Encouraged by his wife, he sought psychological help to deal with his demons. His son Sam, born in 1989, remembers that one of his earliest memories was going to the fridge to get a beer for his father. The therapy helped the actor stop drinking and strengthen his relationship with his family. In 1994 Tracy became pregnant with twins, Aquinnah and Schuyler, and in 2001 they welcomed another child, Esmé. “People felt oddly comfortable asking if we were concerned about carrying more children while dealing with the open escalation of a major neurological disorder and fear that babies might inherit disease,” writes Fox. “The question could be construed as inappropriate, but the answer was: we weren’t concerned, and neither should they be.” It remained to be seen how soon he would have to say goodbye to the cameras.

Rather than go public with his illness, Fox decided to continue working out for as long as his body would allow. The moment he dreaded came in the spring of 1998, during the filming of the series spin the town. “My Spin City character had no DP; so at the end of our second season, it was difficult for him to credibly pass for an uncompromising physique. Growing increasingly worried that my random moves would alienate the audience, and would alienate them if I did (Would they still think I was funny if they knew I had Parkinson’s?), I chose to publicly disclose my condition,” Fox recalled.

Fox went public with his condition in November 1998. Two years later, after turning 40, he retired from show business because, according to him, his face had lost its former expressiveness. At this time, he created the Michael J. Fox Foundation, an NGO that funds research into a cure for Parkinson’s disease. In his memoir, Fox said he always enjoyed being an actor that editors cut at any moment for an appropriate reaction, his face still alive in a scene. Speaking or not, he liked his characters to always be lively and engaged. But gradually, with the effects of Parkinson’s disease, “my face began to withdraw into a passive, almost frozen disposition”.

This hiatus did not last as long as Fox had expected. In 2004, after receiving a call from Bill Lawrence, co-creator of Turn the city, he agreed to appear in two episodes of the comedy Scrubs. The role of Doctor Kevin Casey, an eccentric neurosurgeon suffering from obsessive-compulsive disorder, allowed him to think about his professional future from a new angle.

“I found that I could focus less on the external aspects and stop trying to hide my symptoms. It was a relief from my days spin the town, when I kept a live audience waiting while I paced my dressing room, slapping my arm with my fist in a vain attempt to stifle the tremors. At Scrubs, instead of trying to kill it, I invited my Parkinson’s disease with me on set. I felt free to concentrate on the task that every actor, valid or not, is responsible for accomplishing: revealing the inner life of another human being. By focusing on my character’s vulnerabilities and not my own, Parkinson’s could actually go away.

Although he no longer has the star status of the 80s and 90s, aside from his role as the voice of the protagonist in Stuart Little, the small screen gave Fox an escape route. His minor characters on Boston Legal (2004-2008) and Curb Your Enthusiasm (2000), where he dared to turn his illness into humor, gave him a sense of salvation. His role on Save me won him an Emmy in 2009 for Outstanding Guest Actor.

Fox’s favorite role at this time was attorney Louis Canning in The good wife (2009-2016), which he played for 26 episodes over four seasons. “The writers of Good Wife have created a character who shamelessly exploits her own misfortune, turning her into an asset to win sympathy and votes from the jury. … Disabled and disabled characters are always seen in a sympathetic light, the sweet piano rising crescendo as they achieve their relatively modest goals. This guy was different. He was weak, but no piano. He was an asshole.”

“Mine is not a mental or emotional disorder, although these issues can develop. It is neurological and manifests as corruption of movement,” Fox explains in No time like the future. “Some people will focus on mild paralysis, tremors in fingers and limbs. That is certainly part of it. But at least in my experience these symptoms have become more manageable over time. Much more difficult to recognize and accept is the decrease in movement.

The case of Fox is particular. His large fortune allows him to cope with the disease and its consequences. But the Spanish Parkinson’s Federation notes that beyond Hollywood, “it’s important for companies to promote positive measures and working arrangements to help people with Parkinson’s who want to stay active.” the longest time possible. And in cases where they cannot keep their jobs, they should benefit from social protections that adapt to their needs and allow them to access disability support.

Fox’s health deteriorated significantly in late 2017. Alarmed by a sudden tendency to collapse to the ground, in January 2018 he had an MRI. An old spinal cord tumor, which had been under control for years, had begun to grow.

“Given the size and location of the tumor at the cervico-thoracic junction, it is risky. I mean, who wants to be the guy who paralyzes Michael J. Fox? The words of Doctor Nicholas Theodore, director of the Neurological and Spine Center at Johns Hopkins Hospital in Baltimore, did not bother him at all. On the contrary: “I tend to trust people who make me laugh when things get dark.”

Despite the fact that in April 2018 the tumor was successfully removed, Fox spent the following months in intense rehabilitation sessions to regain mobility and control over his movements.

On August 13 of the same year, a fall delayed Fox’s recovery. Spike Lee had offered him a brief appearance in See you yesterdaya film about time travel, with a nod to Back to the future. That morning, Fox had been thrilled to return to a film set, but he had to cancel his appearance after he fell on the floor of his New York apartment. “My family put up with so much bullshit. Four months since I had major back surgery, and I risked the health and safety of my family by being a jerk,” he wrote of the unexpected accident that took place. broke his humerus.

After another round in the operating room, which left him with 19 screws in his arm, Fox’s characteristic optimism disappeared. He fell into an existential crisis tinged with depression. “Unexpectedly, Parkinson’s disease and the tumor on my spine were easier to accept than my fracture. The arm crisis was there in an instant, an explosion. A cataclysm. I am not prepared for the fallout. My mood darkens,” he recounts in the book.

In 2019, Fox’s luck turned. Spike Lee offered him the opportunity to film this remaining scene of See you yesterday. And in the fourth season of The good fightFollowing The good wife, he took over the role of Louis Canning. The feeling of returning to familiar territory was a relief. But he soon realized the production had a smaller budget and tighter schedule. At the same time, he began to have trouble pronouncing certain words in the script.

“Now my acting job doesn’t define me. The burgeoning decline in my ability to download words and repeat them verbatim is just the latest ripple in the pond. There are reasons for my memory errors. – whether it’s age, cognitive issues related to the disease, distraction from the constant sensations of Parkinson’s disease, or lack of sensation due to the spine – but I read it as a simple message. Everything has its moment, and my time of working 12 hours a day and memorizing seven pages of lines is over. At least for now.”

Many other public figures, including actress Helen Mirren, boxer Muhammad Ali, musician Ozzy Osbourne and painter Salvador Dalí have struggled with Parkinson’s disease. Michael J. Fox announced his final retirement in November 2020, at age 59, 20 years later than his neurologist predicted in 1991. And it may be the greatest achievement of his career.