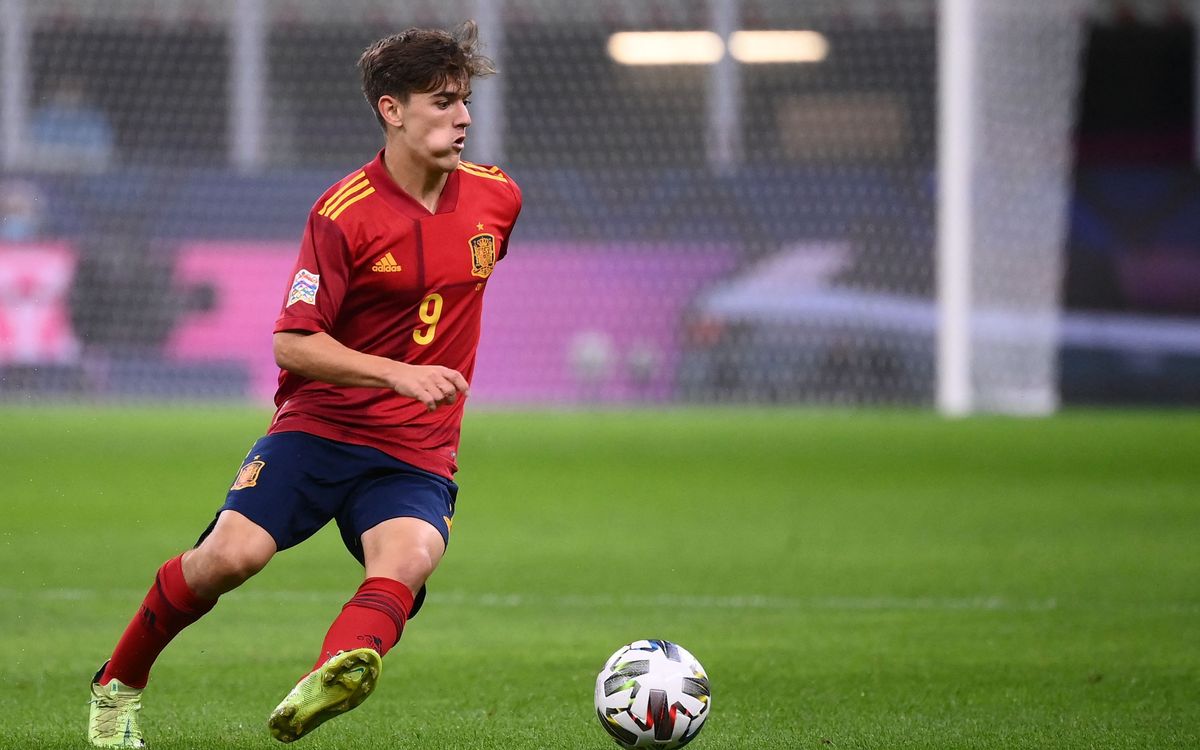 On October 6, 2021, just 62 days after his 17th birthday, Pablo Martín Páez Gavira made history. By starting the Spanish national team’s UEFA Nations League semi-final against Italy, the midfielder better known as Gavi became the youngest player to ever play for his senior team. country. It was a shock when Luis Enrique called Gavi into the squad and it was a shock when he started the game, but the teenager behaved like a veteran during the 83 minutes he played at San Siro, like La Roja defeated Gli Azzuri 2-1 on Italian soil.

By then, the 17-year-old had only made seven official appearances for FC Barcelona’s first team, but Luis Enrique saw the potential that has befallen all Gavi managers over the years. He may be young and he may be short, but Gavi makes up for his lack of experience and lack of size with his innate sense of the beautiful game.

This understanding of sport is partly natural and partly taught. Born in the province of Seville, Gavi always stood out among his peers and, growing up, he was nicknamed Oliver Atom after the star player of the manga series Captain Tsubasa. These natural skills led him to join the Real Betis academy and then, at the age of 11, to move to Catalonia to enter the prestigious La Masia school of FC Barcelona. There he often played with older footballers and he always got by, learning to use his talents in the most effective way.

It prepared him for his early rise to senior football, facing adult adults for the first time when he made his debut for Barcelona B on February 21, 2021 aged 16 years and 200 days. Later that year, Ronald Koeman trusted Gavi enough to offer the youngster his debut with the Blaugrana first team, on August 29, 2021 against Getafe CF in Liga Santander, when the midfielder was still only 17 years and 25 days old.

Immediately, Gavi looked like they belonged in LaLiga Santander. He looked like he had been playing for the FC Barcelona first team for years. In the 2021/22 season, he made 35 appearances in total, the fifth of all players in the Barca team. Only Sergio Busquets, Marc-Andre ter Stegen, Frenkie de Jong and Gerard Pique have been chosen more frequently by Koeman and then Xavi than Gavi, underlining the high regard that exists at Camp Nou for the teenager’s abilities.

Able to play either side of a three-man midfield, or even as a left winger, Gavi has become a very useful player for FC Barcelona. Whether he starts or comes off the bench, he always gives his all and, despite his small stature, he is able to shrug off defenders as he dribbles through the lines, always looking for a killer pass.

Along with other youngsters such as Pedri, Nico González, Eric García, Sergiño Dest and Ansu Fati, Gavi is one of many impressive players aged 21 or younger in FC Barcelona’s current squad. Their future is bright with players like Gavi, while those players can all play in the present too.