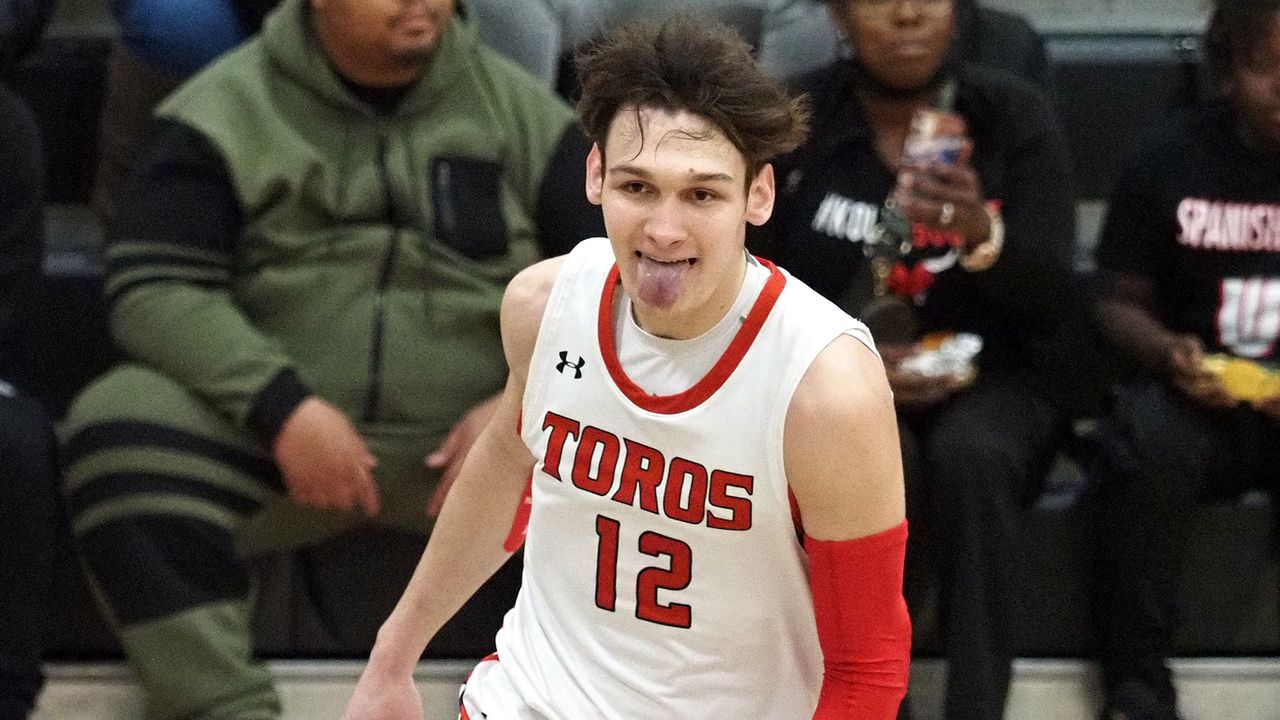 Colby McAllister scored a season-high 34 points and Kolby Horace added 23 as Spanish Fort held off Blount 70-62 in a sub-regional game on Tuesday night.

RELATED: Vote for the Male Player of the Week

“Tough game,” Spanish Fort coach Jimbo Tolbert said. “We knew it would be difficult. We watched a lot of movies about Blount. We knew no matter the score, they would never give up. We talked about it. They are so physical. The way they bounce off the basketball on the offensive end – we just knew we had to keep playing.

Spanish Fort – actually McAllister – scored the first six points of the game, and the Toros never trailed. They led up to 12 in the first half and 14 in the second half.

However, the Leopards continued to fight.

They were only down 28-23 at halftime. Spanish Fort opened the third with an 11-2 run for a 39-25 advantage with just over five minutes left in the quarter. However, Blount closed the quarter with a 14-5 run and trailed just 44-39 in the final eight minutes.

Antonio Jackson led Blount with 23 points, 16 in the second half. Trey Broadhead had 14 but had to leave twice in the fourth quarter due to leg injuries.

“Being able to hang out shows what the Blount character is,” Tolbert said.

The Leopards got closer to three (44-41) at the start of the fourth quarter on Broadhead’s free throws. However, Horace – struggling with fouls in the first half – immediately responded with a 3-pointer for the Toros. He scored 11 of his team’s next 13 points. His steal and dunk with 4:04 to go made the lead 58-49. Blount couldn’t get any closer than 6 the rest of the way.

“There’s a reason he’s committed to a Division 1 program,” Tolbert said of McAllister. “Horace was at fault in the first half but came back and gave us a good second half. What a defensive job from our whole group that was there. I thought we bounced back the way we needed to get the job done. It’s a team win.”

It will be a quick turnaround for Spanish Fort. Tolbert said they would likely leave for Montgomery after lunch Wednesday for the Thursday morning whistleblower.