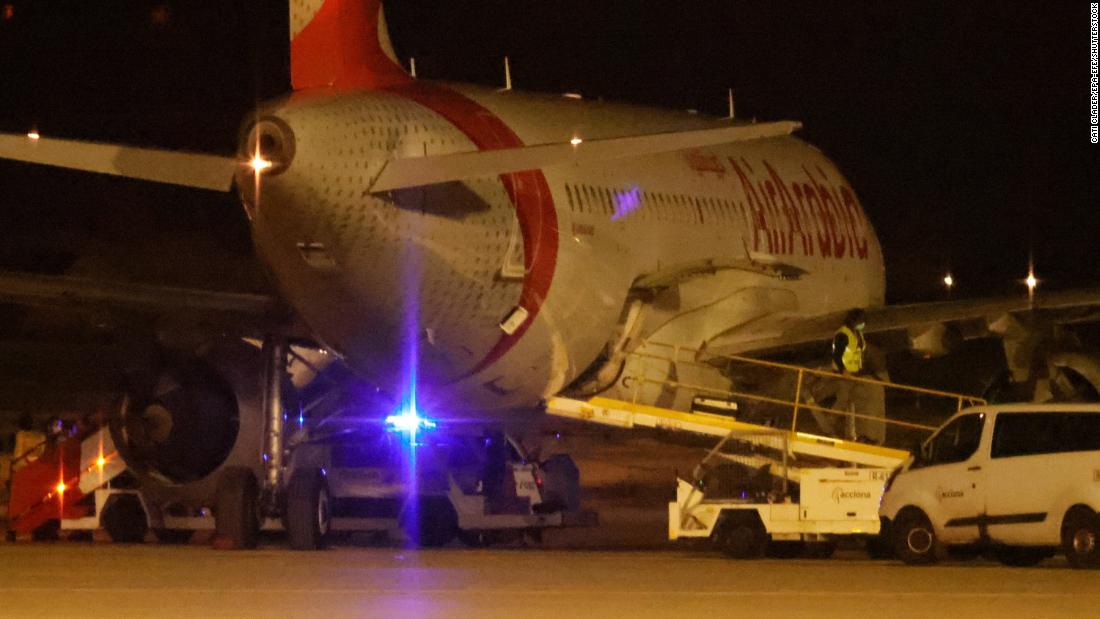 Emergency landing in Mallorca: Spanish police search for passengers who fled the plane

(CNN) – Spanish authorities arrested 12 people who were part of a group of 21 passengers who fled a plane after being forced to make an emergency landing at Palma airport on the Balearic island of Mallorca, in Spain, reports the official EFE news agency.
The incident occurred on an AirArabia flight between Morocco and Turkey, which was rerouted to Palma on Friday, due to a medical emergency.

According to EFE, one of the detained passengers faked a diabetic coma to facilitate the escape of 20 other people. When the plane landed, the group fled and crossed the tarmac, Spanish government delegate to the Balearic Islands Aina Calvo told reporters.

A video shared by Jorge Campos, leader of the far-right VOX party in the Balearic Islands, shows several passengers fleeing an AirArabia flight after the plane landed at Spain’s Palma de Mallorca airport on Friday because of what the authorities consider it a “false” health emergency.

“It is usual that we receive these kinds of emergency landing requests, when a passenger is ill and the captain decides that it is important to land. Which is unusual and unheard of, is that we see 21 people running on the tarmac at the airport, â€Calvo said.

Palma de Mallorca airport was briefly closed and 13 flights were rerouted before operations resumed at 11 p.m. on Friday, the airport authority said on Twitter.

“Palma airport is operating normally, but the feeling is general: what happened cannot be repeated and it is necessary that the responsible authorities review their protocols to ensure the safety of all,” said the president of the Balearic Islands, Francina Armengol, in a tweet. .

Daniel Zamit, spokesman for USCA, the Spanish Union of Air Traffic Controllers, called the incident a “serious security breach” and said protocols in place would be reviewed, in an interview with the Spanish broadcaster TVE.

AENA and Spanish authorities were not immediately available for comment.

Travel: discover Girona, the most delicious city in Spain