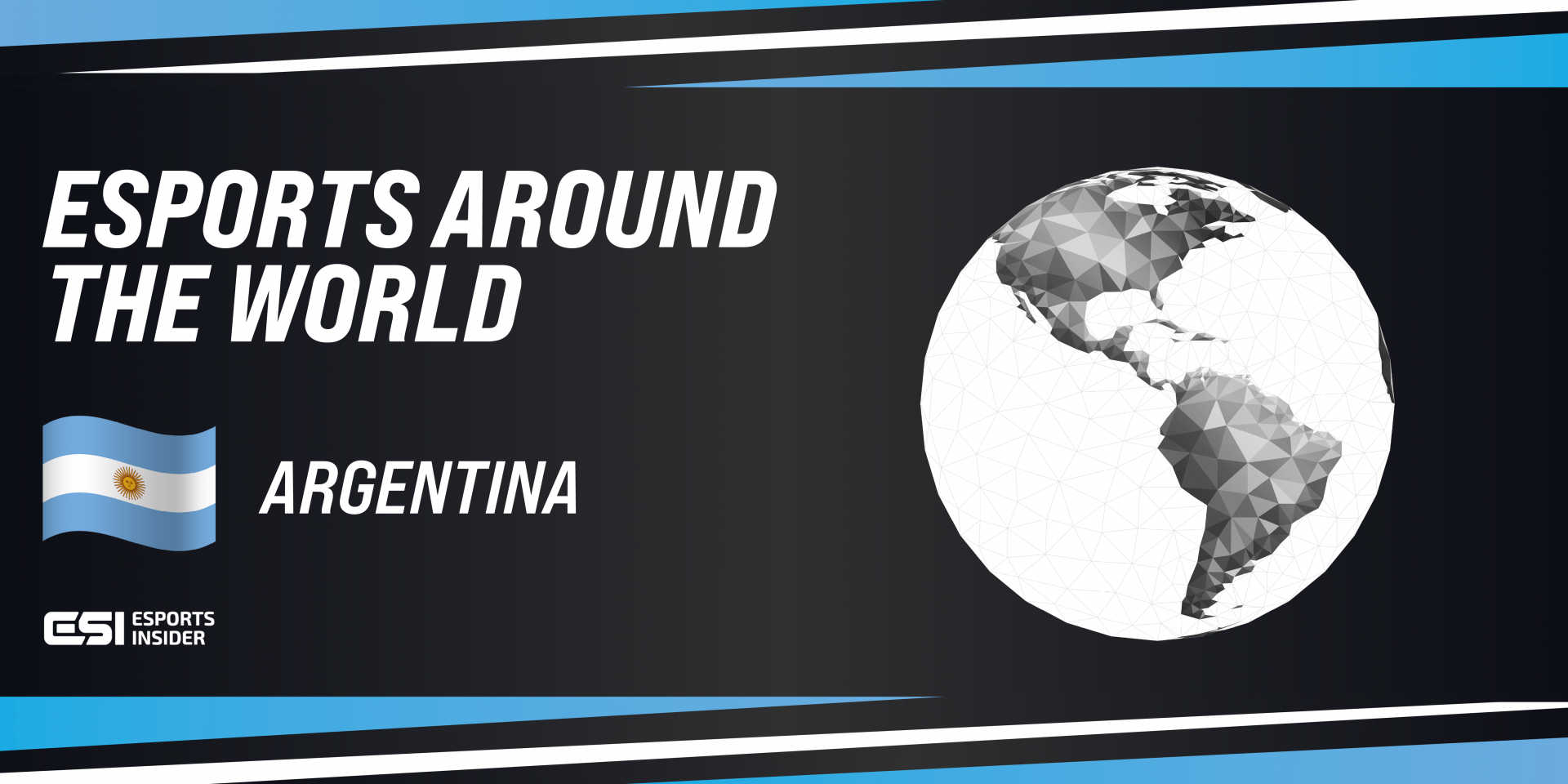 Esports Around The World is a series of profiles describing the esports ecosystem in various countries around the world. the The series ties into our ESI Washington DC event taking place May 16-18, 2022, which will focus on the growth of esports around the world. The event will include an embassy tour, the first of its kind, alongside ESI’s combination of networking, education and branded debate. Learn more here.

The esports market in South America is largely split between “Brazil” and “LATAM” due to language, cultural differences and market size. Argentina is part of the LATAM bloc, along with countries like Chile and Peru. This does not prevent local teams from participating in Brazilian tournaments or initiatives that integrate the two markets like Ubisoft’s Copa Elite Six. However, the level of investment in the local scene is still well below that of its larger neighbour.

The main stakeholders in Argentine esports are Spanish production company LVP (Liga de Videojuegos Profesional), responsible for some of the biggest tournaments in the country; the television company Flow, owned by Telecom Argentina; as well as international sponsors such as Logitech, AMD and AORUS.

Argentinian esports has had two explosive moments in the last three years. The first was in 2019, when current FaZe Clan player Thiago ‘k1ng’ Lapp caught the attention of local mainstream media for winning nearly $1 million (~£800,000) in Fortnite. The second was in 2020 when the COVID-19 pandemic dramatically increased online esports viewership as Argentines stayed inside their homes. New momentum has been given to the scene thanks to the qualification of the esports organization 9z Team at the PGL Major Antwerp 2022.

Lapp’s success in Fortnite has helped boost the popularity of battle royale games, but the country’s most popular competitive game remains Counter-Strike: Global Offensive (CS:GO). A widespread internet cafe culture and the huge popularity achieved by previous titles in the Counter-Strike franchise in the 2000s make CS:GO and the FPS genre hugely popular today. Partly thanks to this, Riot Games’ first-person shooter Valorant appears to be growing as an esport, driven by strong performance from KRÜ Esports.

Additionally, as mobile gaming grows in Argentina – and the entire South American region as a whole – Garena’s Free Fire battle royale is taking a particularly strong hold in the country.

There is no official recognition or specific regulations for esports in Argentina. For most non-endemic mainstream businesses and investors, there is a culture in the country of waiting for regulation before investing, which means government recognition will be an important step in unlocking investment on the scene.

However, the Argentine province of Córdoba has invested in the “Córdoba eSports” project, having organized a FIFA competition called “Copa Cordobesa de Fútbol Electrónico” in April 2022. The province’s Minister of Science and Technology, Pablo De Chiara has publicly stated that competitive gaming “will be a boost for the entire video game industry which is part of the knowledge economy and generates hundreds of jobs.”

Argentina has a few smaller tournaments focused on the country, but many of its larger leagues and competitions are larger LATAM circuits in which Argentine organizations compete.

Note that this is a non-exhaustive list and exclusion does not mean that an organization is not notable.

Note that inclusion in this list does not suggest any endorsement by ESI of its official authority, work, or capacity.

Argentina being part of the Spanish-speaking world, many educational projects from North America, Europe and other Latin American countries are available to the Argentine public.

In 2021, the city of Buenos Aires launched a project called ‘Academia de Videojuegos’, also in association with DEVA, to promote esports and educate people about the industry.

RELATED: Esports Around the World: Germany

This is a preliminary country profile and will be supplemented with additional information over time. If you have any suggestions or comments for this profile, please contact us at [email protected]