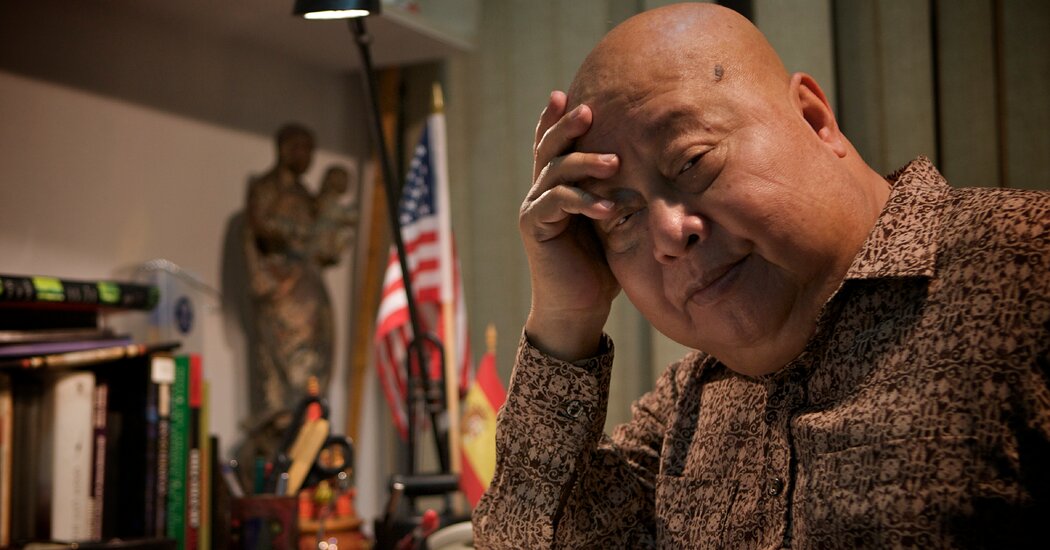 Francisco Sionil Jose was born on December 3, 1924 in the small town of Rosales in Pangasinan, a province northeast of Manila. Rosales, which served as the setting for much of his fiction, was home to many poor farmers, like his parents, who had migrated south from the province of Ilocos Norte. He always considered himself an Ilocano and spoke this language fluently.

After high school, he studied liberal arts at Santo Tomas University in Manila, where he ran the school’s newspaper, The Varsitarian, before dropping out to embark on a literary life.

It was in Santo Tomas that he met his future wife, Maria Teresa Jovellanos, known as Tessie, when she was a student at 17. She was by his side for the rest of his life, his muse, his advisor and his protector. Together they had seven children.

She survives him, as do their children, Antonio, Eddie, Eugene, Nikko Jose and Evelina Jose Cichy; 11 grandchildren; and seven great-grandchildren.

â€œWe were really poor,â€ Mr. Jose once said, recalling his childhood. â€œWhen there was no kerosene, I would read under the lamppost until 10 pm, when my mother told me to come home.

But she also encouraged him to read, doing all she could to find books for him. “She made me all that I am,” he said.

His readings supplemented his education among poor farmers, experiences which produced the dominant themes of his work.