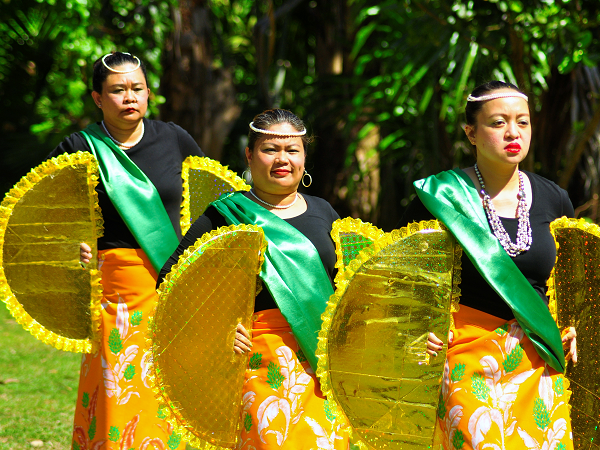 MORE than 200 Filipinos living and working in Honiara celebrated their country’s 124th birthdaye Independence Day at Lela Beach, North West Guadalcanal on the 12the Sunday 2022.

President of the Filipino Community of the Solomon Islands (Filcomsi), Mrs. Myrtle Atienza had the honor of welcoming members of the community as they join Filipino communities around the world in celebrating the Independence Day of their country.

“I want to thank you all for coming here to celebrate our independence,” she said.

The theme of this year’s celebration is “PAGSUONG SA HAMON NG PANIBAGONG BUKAS” which in English “Ascend to the challenge of a new beginning”,

The theme reflects not only the hard work and sacrifices of Filipino heroes who fought for the country’s independence, but also the contribution of many Filipinos in the last year of the pandemic and encourages the country to strive towards a better future.

She said that despite all the challenges, they are looking forward to a better future together.

“As we all face hardships in our lives, we always look forward to a brighter future,” she said.

Atienza said the theme fit well with their circumstances due to the challenges they faced away from home.

On the same note, she thanked her fellow officers for supporting her as President of Filcomsi to successfully celebrate and mark the anniversary of their beloved country.

The Independence Day celebration began with the raising of the flag and the singing of the national anthem of the Philippines.

A parade ceremony was followed afterwards with all Filipinos organized in their provincial groups to showcase their cultures and traditions.

In addition to the celebration, a panel of judges was set up to determine the best parade and performance group.

Some provinces could not participate in the parade because they were not prepared.

Highlights of the celebration include cultural entertainment, quizzes, raffle ticket draws and card games for children.

The Filipino bazaar had also come to showcase the taste of Filipino dishes.

According to history, the Philippines got its name from Philip II, King of Spain during the Spanish colonization of the islands in the 16th century, as it was under Spanish rule for 333 years and American trusteeship for 48 years. He had many cultural affinities with the west.

In 1898, the Philippines redeemed its independence from slavery in Spain.

There are approximately 120 to 187 languages ​​spoken in the Philippines.

Currently, the population of the Philippines exceeds 112 million.