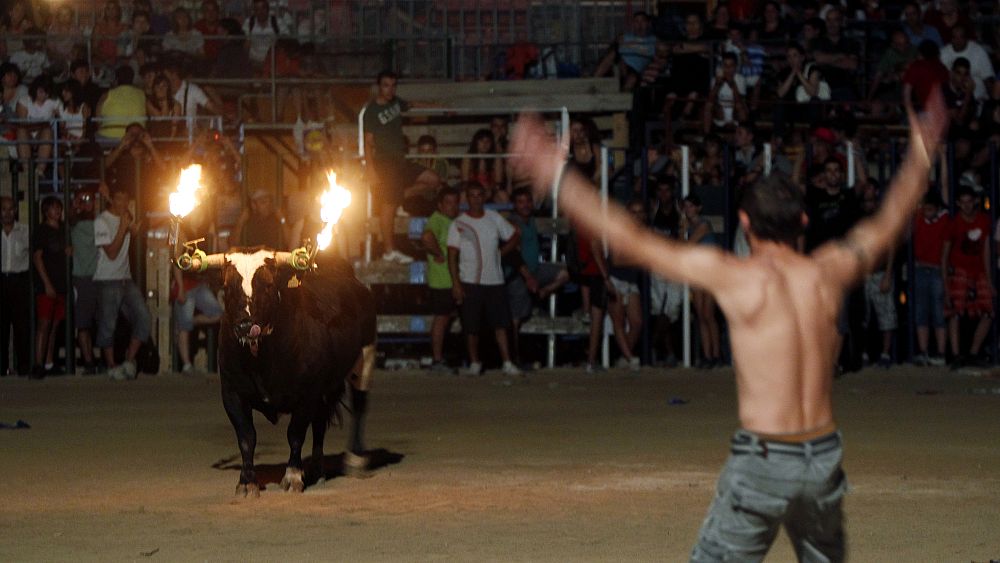 Images of a bull with its horns on fire have shocked several French animal rights NGOs who are calling for an end to this practice.

The video shows a bull with its horns on fire falling into a river after smashing a fence in the eastern town of Sagunto during a bullfighting festival known as the “toro embolado” which involves placing two fireballs on top of them. horns of the animal.

Local authorities took nine hours to save the animal due to the high risk of injuring it, city mayor DarÃ­o Moreno said on Facebook.

The socialist mayor was criticized for saying the situation had a “good outcome” by those who wanted the tradition to be done away with.

The Spanish Animalist Party Against Animal Abuse (PACMA) said in a Facebook post that the incident was also “very dangerous for festival volunteers who may have been in the animal’s path.”

Euronews has contacted Sagunto City Hall to inquire about the possible abolition of the controversial bullfighting tradition, but has received no response.

French animal rights NGOs like 30 Millions d’Amis shared the video on their social networks calling for an end to the practice under the hashtag #StopCorrida.

Some Twitter users have noted that some of the same bullfighting traditions are also practiced in southwestern France like Bayonne.