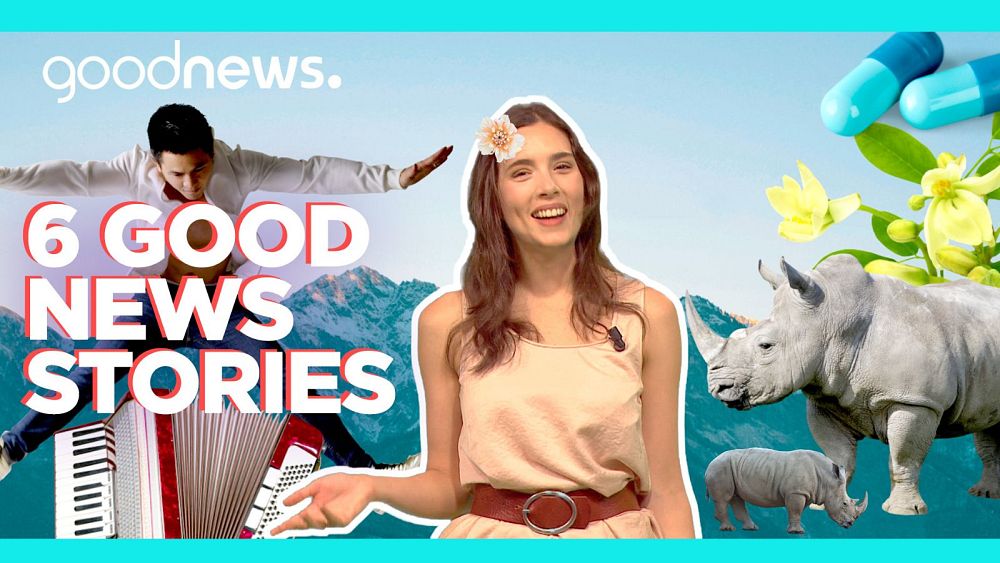 Welcome to another round of good news, our weekly selection of news to send you off to the weekend with a smile.

Watch the video above to learn more about each story, or read below.

1. A miracle drug trial that eradicated cancer in every patient.

A major breakthrough in cancer treatment may be imminent, after more than a dozen US rectal cancer patients saw their tumors disappear after taking a new drug.

The patients were part of a small clinical trial led by researchers at Memorial Sloan Kettering Cancer Center in New York, who gave them an experimental drug called dostarlimab.

Participants received a dose of dostarlimab every three weeks for six months, and the idea was that they would also have to undergo standard treatments of chemotherapy, radiotherapy and surgery after the immunotherapy treatment.

But to their surprise, the researchers found that in each case the cancer was wiped out with the experimental treatment alone.

The trial was hailed as a first in cancer treatment.

One of the paper’s authors, Dr. Luis Diaz Jr of Memorial Sloan Kettering, told the New York Times that he was unaware of any other study in which treatment completely cleared the cancer in every patient.

2. The EU has seen a record drop in carbon emissions

Greenhouse gas emissions in the bloc are at their lowest level since records began in the 1990s, according to the latest official data released today by the European Environment Agency.

The overall reduction in emissions between 1990 and 2020 was 34%, or 1.94 billion tonnes of greenhouse gases. This is equivalent to driving 1.94 billion times around the earth in a mid-size car.

Almost all EU member states had lower emissions than in 1990, but the UK, which was still part of the bloc in 2020, and Germany deserve special mention, as they accounted for 47% of the reduction total net income over the past 30 years.

3. A new EU rule will see universal chargers used for all phones, tablets and laptops.

Thanks to a recent agreement, that nest of cables in your suitcase could soon be reduced to a single charger. European officials have agreed a deal to impose a single port standard for smartphones, tablets and laptops sold in the bloc.

It’s a win-win for reducing both frustration and e-waste, e-waste, which is the fastest growing source of waste in the developed world.

EU member states and MEPs believe that a standard USB-C port for all devices will have a major environmental benefit.

For most devices, the requirement to charge via a USB-C port will come into effect from the end of 2024, while laptops will have more time.

Resistance to the idea has mostly come from Apple, which is most affected by the move. The company says a uniform charger would stifle innovation.

“From now on, it is mandatory if a company wishes to benefit from the largest digital market in the free world (…), it will have to apply our rules”, declared Thierry Breton, European commissioner in charge of the internal market.

The European Commission entered into a voluntary agreement with the device industry in 2009, which led to a major reduction in cables, but then Apple launched its own Lightning connector. Once this new law is officially ratified by the European Parliament and between EU member states, they will have no choice.

“In two years, if Apple wants to market its products, sell its products in our internal market, they must follow our rules and their respective devices must be USB-C,” said Alex Agius Saliba, Member of the European Parliament.

4. New research shows that music with a groove is good for brain function

The discovery, by researchers at the University of Tsukuba in Japan, is primarily about music, specifically music with a groove – a rhythm that makes you want to dance.

The study examines how this type of music elicits feelings of pleasure and excitement in people, and how it stimulates the prefrontal cortex to improve executive brain function, cognitive skills that include working memory, flexible thinking and self-control.

Benefits were only apparent in participants who said the music elicited a strong feeling of groove. In other words, it’s a very individual response and only works on those who react to the rhythm of the music. For some, their prefrontal cortex will respond to salsa, and for others, to techno.

5. The number of an endangered rhino is on the rise

Assam, the Indian province best known for its tea plantations, is experiencing a rhinoceros baby boom.

Assam is home to 70% of the world’s one-horned rhino population and conducts a rhino census every two years. Since the last count, rhino numbers have increased by 274 – partly due to the peace and quiet during the pandemic, when many protected areas were closed to visitors.

For a species that was once perilously close to extinction, numbering fewer than 100 individuals, the recovery is truly remarkable.

The governments of India and Nepal have allocated more land in which rhinos can breed while creating new strategies to prevent poaching deaths.

6. A new law in Spain aims to eliminate food waste

Bringing your leftovers home is commonplace in the US, but raises a few eyebrows in most parts of Europe.

The Spanish government wants to break this taboo and has approved a bill requiring restaurants to provide free containers to customers who want to take their leftovers home.

The bill, which still needs to be approved by parliament, will require large bars, restaurants and supermarkets to submit plans to prevent food waste, such as working with NGOs.

The priority should be human consumption through donations to entities such as food banks, but if this is not possible, leftover food can be turned into other products such as juices or jams, or used for animal feed.

And if none of these are suitable, food waste can be turned into industrial by-products or recycled into compost or fuel.

Companies that produce and supply food will have to report annually on how much they waste and must provide incentives with lower prices for selling products close to the best before date.

For serious breaches, they face penalties of up to €60,000 – with fines of up to half a million euros for repeat offenders.

“It is a pioneering legal instrument to prevent the inefficiency of the food chain, which has economic consequences, due to the loss of what is produced and not used; social, due to what represents an unmet need from a food point of view; environmental, for the use of natural resources; and ethical, in a world where, unfortunately, hunger persists”, said Luis Planas, Spanish Minister of Agriculture.

This law aims to comply with one of the sustainable development goals of the UN’s 2030 Agenda: which is to halve food waste in the world.

And if you’re still hungry for more positive news, click for more above.