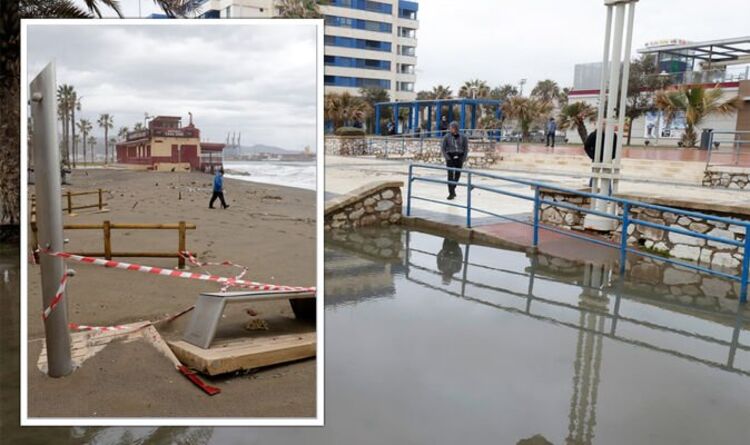 Bad weather on the Costa del Sol in Spain has damaged several beaches. The region was hit by strong winds last weekend.

Many local government officials are unhappy with the amount of money offered by the government for repairs.

Jesús Carlos Pérez Atencia, deputy mayor of Vélez-Malaga, said: “I’m tired of hearing nice words and then nothing is done.

“We are working to repair the damage, it is a disaster. I have been asking for seven years for the beaches to be protected, but the Coastal Authority has done nothing.

Mayor of Marbella, Ángeles Muñoz, said: “I hope they will reconsider their decision, because they have to support a sector that has already suffered a lot and must be compensated for its losses.”

Beaches in Marbella, Torremolinos, Fuengirola and the wider Malaga region were affected by the storm.

The region is expecting a lot of visitors in the coming weeks with the start of the Easter holidays.

Special cleaning procedures have been put in place to prepare the beaches for tourists after the damage.

British tourists who have not been boosted and received a second shot more than 270 days ago will be counted as unvaccinated in Spain.

Earlier this week, the Spanish Tourist Board issued an apology after it incorrectly said unvaccinated Britons would be allowed to travel to Spain if they tested negative.

However, British tourists no longer need to complete a passenger locator form when traveling to Spain.

It is also believed Spain could scrap mandatory mask-wearing on April 20. Masks are currently still compulsory indoors in Spain.

UK tourists do not need to take tests or complete a passenger locator form when returning to the UK.

However, many faced chaos at UK airports with mass flight cancellations and huge queues.

British Airways and easyJet have both canceled flights due to staff shortages and illness.