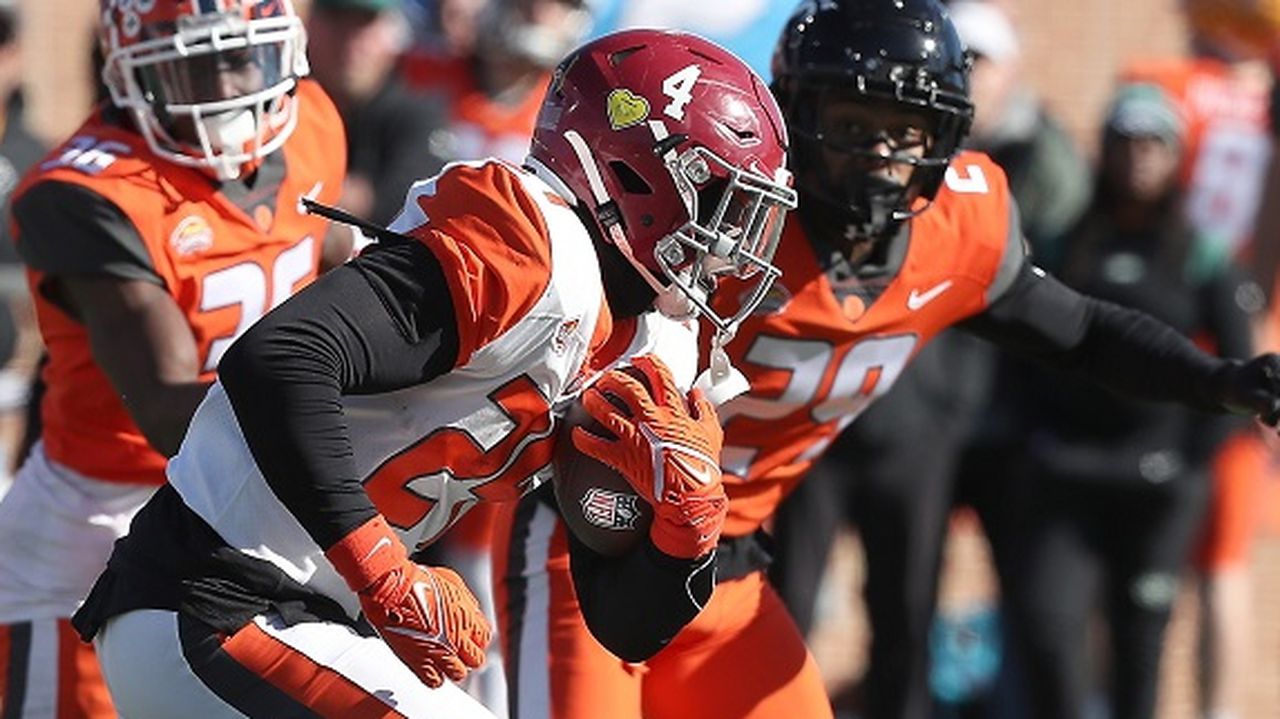 A wide receiver from Tennessee, Jones thought he had more than 50 in his roster for Mobile’s annual All-Star Game.

“It was everything I thought it was,” Jones said of achieving his childhood dream of playing in the Senior Bowl. “These great athletes, the best in the country, and it was quite an experience. I’m a competitor and I love coming here and competing. After the game, seeing all the kids, signing signatures – you know, that was me a long time ago.

In all, nine players from Alabama high schools and colleges participated in Saturday’s game, but only Barry emerged victorious. The former Spanish Fort quarterback was the only player with Alabama football roots on the national team, which earned a 20-10 win over Team USA at Hancock Whitney Stadium on the campus of the University of South Alabama.

Barry played but didn’t record any stats. He was an injured substitute who joined the national team on Thursday.

“I had a really good day of practice,” Barry said. “I received the playbook probably 30 minutes before practice. I knew the formations. The verbiage and terminology was a bit different, but I got it quickly. The tight ends that didn’t come in at the time, they took me under their wing. They were helping me, letting me know the details of each game, what was going on, so I was grateful to those guys.

Farrell Jr. had four tackles as he had a strong presence in the American defensive line rotation.

“I had a lot of good memories and a lot of bad memories in college,” Farrell said, “but I wanted to finish strong, and I did.”

Jones caught four passes for 53 yards, including a 32-yard reception. He was also able to carry the soccer ball at the end, but this game lost 7 yards.

Mathis made a tackle.

McCreary made a tackle.

“Honestly, it was more than I expected,” Tolbert said of the Senior Bowl experience. “From the outside, looking inside, you never know what to expect.”

Williams, who set an Ole Miss single-season record with 12.5 sacks in 2021, shared a sack on Saturday.

Willis was the starting quarterback for Team USA and played the first quarter. Willis completed 2 of 4 passes for 11 yards without a touchdown or interception. Facing the National Team’s pass rush, which overwhelmed American tacklers for eight sacks and 12 tackles for loss, Willis ran for 54 yards on four carries, including a 27-yard rush, to lead the Americans to the race.

Cincinnati running back Jerome Ford, who played at Alabama in his first two college seasons, didn’t dress for the game after practicing for the week.

The winning coach was Ron Middleton, a former Escambia County High School standout who played at Auburn. Now a tight ends coach for the New York Jets, Middleton worked as head coach of the national team this week in a new format for the Senior Bowl. Robert Saleh, the Jets’ head coach, picked Middleton to handle that task for the Senior Bowl as Saleh oversaw the work of his coaching staff in Mobile.

FOR MORE AL.COM‘S NFL COVERAGE, GO TO OUR NFL PAGE