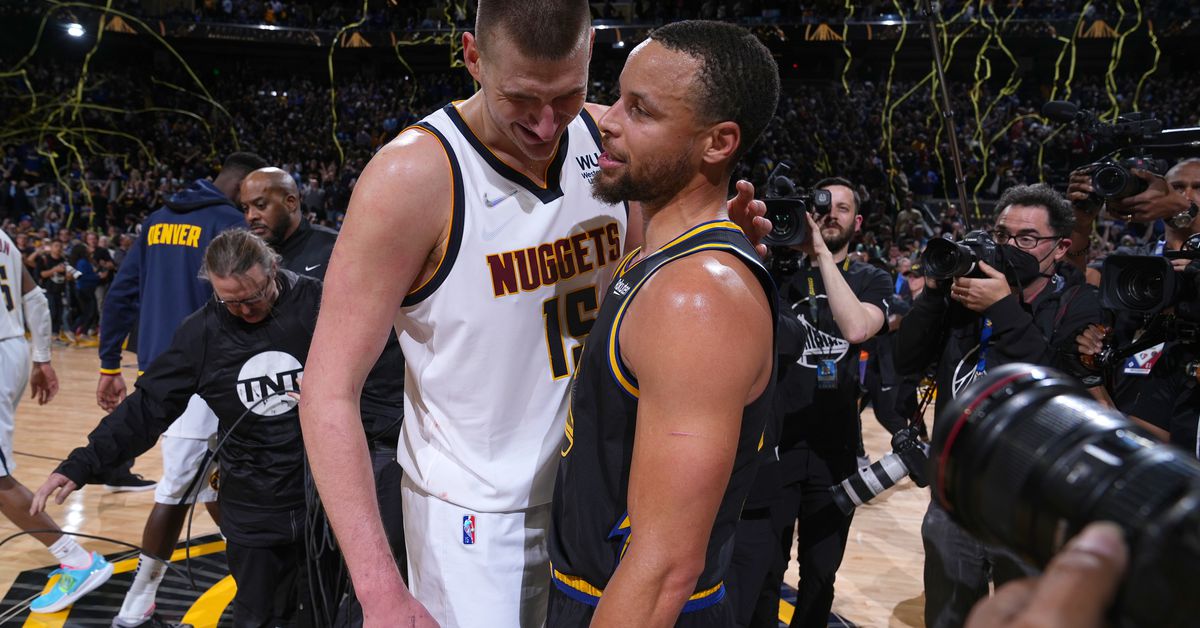 Understandably, everything that happens in the world of European basketball remains largely a mystery to the American public. Start times often don’t coincide with ideal viewing times; those who want to watch try to figure out which channel is streaming them and end up with less than legal (*cough* streams *cough) ways to watch them.

An even more plausible explanation is that the American public simply doesn’t care about basketball beyond its shores. Even the lure of watching non-American NBA superstars – Giannis Antetokounmpo, Luka Dončić and Nikola Jokić, to name just the three biggest names – compete for flag and country isn’t enough to draw them in.

Marquee matchups have lived up to the hype so far, but tuning in to relatively mundane, less competitive fights can result in some “eureka” moments and wonderful achievements – some of which speak more to nerd sensibilities. basketball. Take that particular half-court possession in Serbia v Netherlands, for example:

The open corner three doesn’t go in, but the whole offensive process was good – in fact, more than good. It was absolutely delicious.

Nothing describes the above possession better than being a moving piece of art. The ball passes less than a second in the hands of each player; it spins back and forth like a ricocheting pinball machine, while the staff moves in synchrony. Once the ball is passed, no one stands still – either they move to another spot on the floor or they set up a screen.

If you keep your eyes on Serbia no. 16 (Nemanja Nedović, who plays professionally for Greek basketball league team Panathinaikos), he never stops moving – which is strongly reminiscent of a Golden State Warriors superstar who has built a reputation for perpetual motion.

In Stephen Curry’s case, the movement certainly wanders more to the random chaos side of the spectrum, rather than the seemingly orchestrated and pre-planned routes that Nedović has traveled. But the similarities in philosophy are uncanny, and while it’s something that may be rare in the NBA outside of the Warriors, it’s far more common in European basketball circles.

It’s hard not to see the European influence behind the Warriors’ movement offense. Steve Kerr once played for Gregg Popovich, who himself drew inspiration from European styles of play – exemplified by the ‘beautiful game’ of the San Antonio Spurs who went to NBA Finals for two consecutive seasons.

Kerr also played under Phil Jackson’s Triangle Offense, itself a precursor to many of today’s movement offenses that are more common in Europe. In his role as General Manager of the 7 Seconds or Less Era Phoenix SunsKerr witnessed firsthand the emergence of “Pace and Space”, a concept brought from Europe by Mike D’Antoni, who played and coached in Italy’s professional basketball league.

All of these influences combined have resulted in an eclectic mix of fast pace, ball movement, staff movement, every type of screen imaginable and high/low passing – all of which have been an integral part of European basketball , but are regularly being embedded in NBA offenses.

The Warriors were — and in many ways still are — at the forefront of that integration. So it was a surprise to see a somewhat familiar half-court set – the one the Warriors like to run during late quarter situations – employed by the Turkish national team.

They made their own changes to it, but ended up with the same shot and the same result. pic.twitter.com/1Hcucffxhu

Additionally, the Serbian national team uses very similar sets that are part of Kerr’s playbook, including a pick-and-roll based “HORNS” action (one ball handler on top, two players on elbows and two players at both corners). ) that creates an opening by drawing help from the weak side away from the corner.

Another set that Serbia and the Warriors use is aimed at maximizing elite passing and decision-making from the reigning NBA MVP and Warriors greats. These 5-out “delay” sets, featuring a big man dragging the ball up the arc and making decisions, are some of the more versatile move actions that have become common in European and NBA circles.

Another “5-Out Delay” possession from the Warriors.

Delay’s versatility plays to the strengths of Draymond (as a playmaker and decider), Steph, and Klay. Virtually transforms into a 3-way action that launches the Nuggets for a loop. https://t.co/pX3fcwVGZO pic.twitter.com/um7zrqmLOq

Naturally, being at the forefront of the movement’s revolution, the Warriors popularized Delay, with Draymond Green (and occasionally, Kevon Looney) making the play decisions.

Due to their reluctance to follow a heavy diet of high-ball screens — their 25 pick-and-rolls per 100 possessions ranked last in the 2021-22 regular season — the Warriors haven’t fully embraced some of the most popular half-court actions that several NBA teams regularly organize. One of them is the ever popular Pick-and-roll “Spain”named after the Spanish national team, which popularized its use and was primarily responsible for its appearance in the collective mind of basketball.

The difference between an action in Spain and your typical high ball screen involves the addition of a third party – a backscreener, usually a shooter, who screens the roll man defender, after which he comes out and presents himself as a open kick target. .

Although Kerr doesn’t rely heavily on Spain, there have been recorded instances of Warriors performing their own versions, including one that begins with a “Weave” action:

But possessions like the one above are more the extreme exception than the norm – even with the presence of Curry, one of the league’s best guard checkers (he generated 157 on-screen assist points2nd among 95 goaltenders who played at least 1,500 minutes during the regular season).

This is an area where the Warriors can draw more inspiration and add to their extensive playbook. One idea I’ve often thought about is combining common pick-and-roll action – “Double Drag” Screensor two staggered ball screens put in transition or semi-transition – with the Spanish pick-and-roll, with Curry or Klay Thompson acting as a backscreener.

Why not add another element to the dual trails – a rear screen, for example – to deflect expectations and further exploit the talents of their shooters? After all, Dončić and the Slovenian national team tried it recently in World Cup qualifiers – with great success.

With the roll-man defender and Dončić on the two-man ball-screen action, the backscreener flees to the weak side wing, leaving the low-man alone and facing two players. A pass to the wing, followed by a swing pass to the corner, and the Double Drag Spain becomes an instant hit.

Imagine Curry handling the ball, with Thompson setting the back screen and escaping to the wing, and Andrew Wiggins – a prolific left corner shooter – waiting for a possible swing pass. The idea of ​​such a scenario is mouth watering.

Europe continues to innovate and zigzag, while the rest of the basketball world zigzags. The Warriors – themselves zigzagging in an NBA that loves to continually zag – can only benefit from borrowing ideas from a continent that has already given them plenty of inspiration.

Rent-to-own is emerging as a new route to home ownership, but is it worth it?