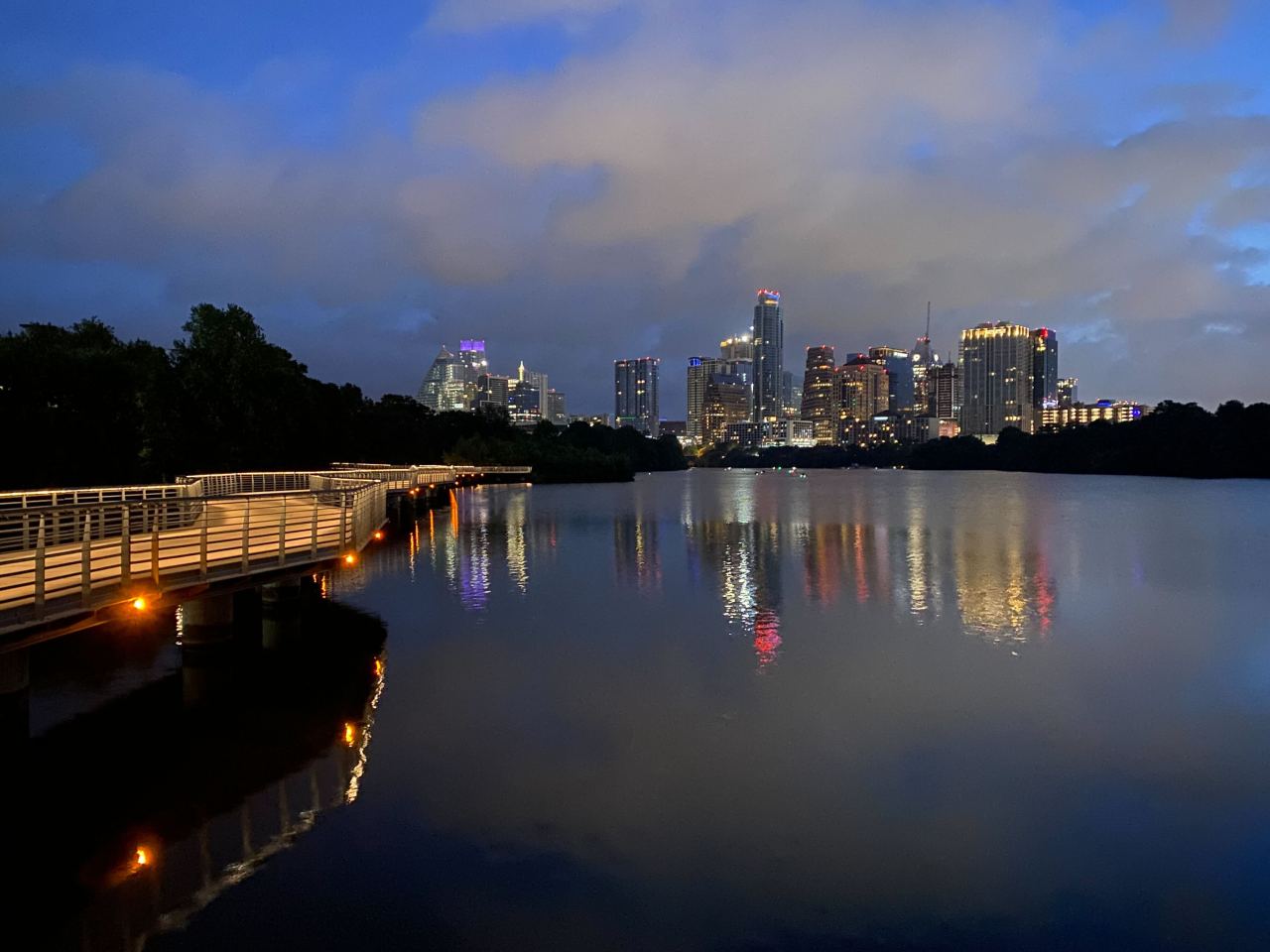 How to pronounce places, streets, and towns in Austin, Central Texas

AUSTIN (KXAN) — Whether you’re new to Central Texas or a tourist, speaking names in the area can be confusing or embarrassing. The good news is that KXAN has assembled an alphabet cheat sheet to use when talking to Central Texas natives.

MAPS: Austin Airport restaurants with physical locations in the city

We asked our community to share their most commonly heard mispronounced places in the area (and added a few of our own.)

Bastrop is dubbed the most historic small town in Texas and is also known as the Heart of the Lost Pines.

The city is located about 30 miles southeast of Austin, and several films were partially filmed there, including the original Texas Chain Saw Massacre.

Locals pronounce the name of the city as “Bass-too” (and it’s “bass” as in the fish and not the musical instrument.)

Bexar County is technically part of southern Texas, but it’s been mentioned enough by central Texans that we had to include it in this list.

The county was named after San Antonio de Béxar, and it was the first civilian government established by the Spanish in the province of Texas.

The official pronunciation for Bexar County is “BAIR” or “BAY-ur” by the inhabitants. Just think of the “X” in the middle as silencer, and you’ll have a lot less trouble.

It is known as the Lavender Capital of Texas, in part because it had the state‘s first commercial lavender farm.

For Central Texans, the name is pronounced “Blank co,” and not like the Spanish pronunciation of the color white, “Blahn-co”.

Boerne was officially founded as Tusculum in 1849, but was later renamed in 1852. Central Texans pronounce the town as “BURN-ee.”

Brazos Street is located in downtown Austin. Austinites will quickly correct you for saying “Braz-os” instead of “Braz us”– and even if they don’t, just know that they are secretly judging you.

Buda is named the outdoor capital of Texas primarily because of its 13 parks that span 268 acres, and the city’s motto is Breathe Easy Here.

Unless you are ready to be criticized, do not dare pronounce it as Buddha. it’s pronounced “BYOO-duh.”

Burnet was named after David Burnet, the first acting president of the Republic of Texas, and the town is a good place to visit if you are interested in Texas history.

In central Texas, city, county, and road are pronounced the same, and there’s even a saying to help you remember! “His ‘Burn it,’ endure it. Learn it!”

Carmine is a town located north of Fayette County. (We’ll show you how to pronounce this one correctly later in the list.) The city is home to the Texas Basketball Museum, which, in part, highlights players who have reached the professional level.

If you think it’s pronounced “KAR-mine”, you’re wrong. This is “KAR-meen”-emphasis on the meen.

Del Valle is considered part of the southeastern edge of Austin, and while it technically has no local government or official borders, it is primarily defined by Austin-Bergstrom International Airport.

A useful tip for pronouncing Del Valle is to use the “E” literally. It is pronounced like “del VAL-ee.”

Dessau is a city located 11 miles northeast of Austin and two miles southwest of Pflugerville. (We will also come back to this later in the list.) It was named after a city in Germany. It is also the name of a road in northern Austin.

Although there are many ways to pronounce it, Central Texans prefer “deh-SAW.”

Elgin is known as the sausage capital of Texas and the brick capital of the Southwest, and it has served as a filming location for several movies over the years, including What’s Eating Gilbert Grape.

Locals are very picky about how you pronounce the name of their city. it’s pronounced “EL-ghin” and not gin, like the drink.

(We told you we’d get to this one.) Another county to add to the list is Fayette County. It was created in 1837 from land donated by Bastrop and Colorado counties and was named for a French nobleman who was a hero of the American Revolutionary War.

This one might seem a little intimidating at first, but it’s not as difficult as you might think. Gruene is located just outside of New Braunfels, and it’s a great place to go tubing and listen to live music. Gruene Hall has had performances from musicians like Willie Nelson, George Strait and Garth Brooks.

Central Texans say Gruene as “GREEN”-the colour. It’s not pronounced “Grew-EN-ee” or “GROO-in” or “GREN-way” or any other way you could possibly say it.

Usually if you’re talking about the river it’s “Gwaa-duh-loo-pay” – but if you’re referring to the street in Austin it’s “Gwad-uh-LOOP.” Don’t ask why.

Lake Buchanan was the first of the Texas Highland lakes to form when construction of the Buchanan Dam was completed in 1939.

Native Central Texans pronounce the lake as “Buck-CAN-Nun” and not the typical “BYOO-cannon” pronunciation.

Leakey is a town northwest of San Antonio, and it is known as the Swiss Alps of Texas due to the beautiful natural scene that surrounds the area. Reviews show that it is perfect for rafting, swimming and fishing.

Llano is known as the deer capital of Texas, and for good reason. The area has the highest density of white-tailed deer. It is widely known for its hunting seasons for deer, quail, dove, wild pig and turkey.

Luling is widely known in central Texas for its barbecue and watermelons. Barbecue seems common for the state, but why watermelons?

In 1954, Luling held its first Watermelon Thump – a four-day festival celebrating all things watermelon – to honor growers and promote the city’s watermelon market.

Central Texans pronounce the city as “Loo-ling” and not “Lll-ing”.

Manchaca is not technically a city, but a census-designated place in central Texas. It’s about 10 miles southwest of downtown Austin.

If you try anything other than “Man-hut”, Central Texans will know you’re not from the area.

Manor has been used as a filming location for many movies, including “What’s Eating Gilbert Grape” starring Johnny Depp and Leonardo DiCaprio. The town was named after its first postmaster, James Manor.

For Central Texans, the name of the city is pronounced: “HAND-uh”, though it is often mispronounced as “MANNER” or “MAW-ner” by new residents and visitors.

The people of Mexia know that it is not an easy name to pronounce, and it is even part of a running joke in the city. Their motto is: “A great place, no matter how you pronounce it”.

(It doesn’t hurt to have a hint though.) The correct way to put it is “Muh-HAY-uh.”

The Mueller neighborhood is a 700 acre community located in east Austin. The area was redeveloped from the former Robert Mueller Municipal Airport.

You might think this one is pronounced “MEW-ler”, but you’d be wrong. Austinites and other central Texans say “Miller.”

New Braunfels was established in 1845 and is named after a German community. In German, the word Braunfels means brown rock.

In November, the city organizes the “Wurstfest”, a German sausage festival. During the warmer months, the area attracts many people who want to paddle the Guadalupe and Comal rivers. It is also known for its water park.

The name of the city is pronounced “New BRAWN-fulls” instead of “BRANS-fulls”.

Pedernales Falls State Park is a 5,212-acre state park that sits along the Pedernales River, a 106-mile-long river in central Texas. The area is popular for camping, hiking, mountain biking, picnicking, bird watching and horseback riding.

Central Texans usually pronounce the name as “PUR-der-NAL-ehz” Where “PUR-den-nal-ehz.”

Pflugerville is noted for its distinct use of the “Pf” combination for items such as street names and events. The town often hosts ‘Pfestivals’ and even has a ‘Pfarmers’ Market.

Salado’s slogan is Deep in the Art of Texas. The area is widely known to Central Texans for its culture, art, beer and wine.

A lot of people pronounce the city like “SAL-uh-doe” or “SALAD-oh”, but it’s really “Suh-LAY-doe.”

San Marcos is a college town located between Austin and San Antonio. It’s known for having the largest mall in the country, and its waterways are popular for kayaking and paddleboarding.

Can’t see a common one? Let us know!