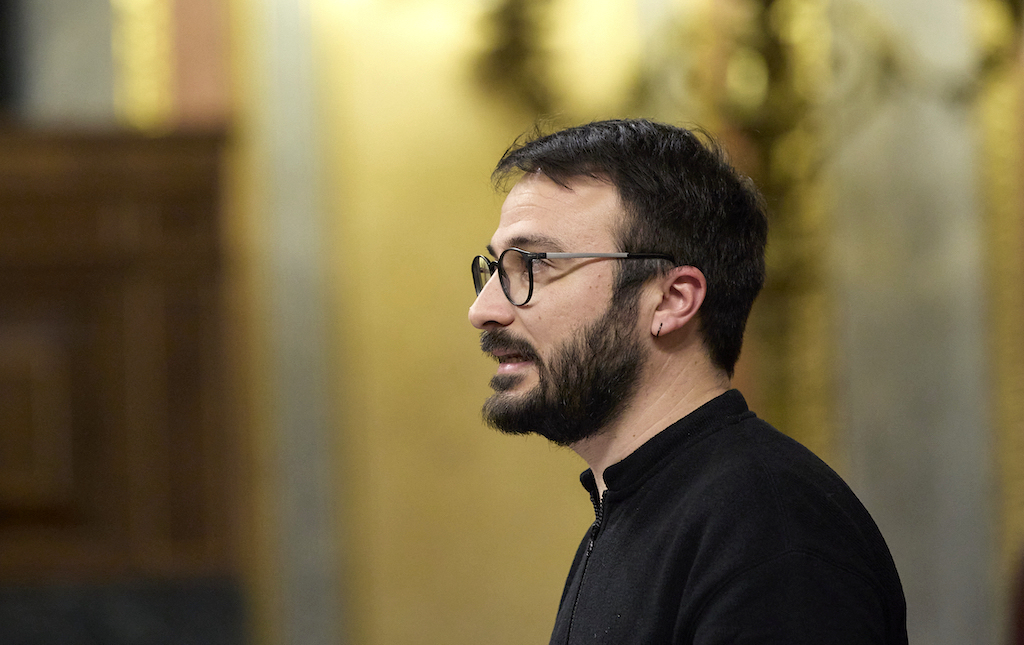 In June 1995, investigators uncovered massive wiretapping of Spanish politicians by the intelligence agency CESID – leading to the resignation of Deputy Prime Minister Narcís Serra, then Defense Minister García Vargas and Emilio Alonso Manglano, who had headed the Secret Service for fourteen years. The affair contributed to the fall of the Spanish Socialist Workers’ Party (PSOE), which ended up losing the elections the following year. This scandal had consequences because those spied on were members of the Spanish political and business elite, including the king.

Yet other political espionage plots had far less consequence – especially if the victims belonged to the Basque or Catalan independence movements. Spain presents itself as an exemplary democracy, but continuities with Francoism persist, particularly in the police forces, the army and the justice system. The regime of 78 – so named after the institutional settlement after the death of Franco – was founded in such a way as to avoid any rupture, which transmitted an authoritarian political culture and a strong nationalism in many areas of state power. .

One of the pillars of this continuity was the monarchy, restored by Franco: Juan Carlos I once said that the dictator had ordered him, shortly before his death, that his priority should be the unity of Spain. So, everything is good to preserve this unity. The President of the General Council of the Judiciary himself said it clearly in 2017, on the eve of the referendum on the independence of Catalonia: the unity of the Spanish nation “is a direct mandate for the judges”.

Now it has been revealed that the Spanish state is systematically spying on the communications of Catalan politicians, including current MPs. Public resources have been diverted (hiring Pegasus cost millions) for illegal espionage, since he has no judicial clearance. About sixty-five people, probably more, were spied on through a program by the Israeli company NSO Group, which is only sold to states. So there is no doubt who is behind it.

The truth came from outside: it is a Canadian institute, Citizen Lab, and an American media, the New Yorker, which revealed the scandal. On the other hand, to date, we have not yet received any form of support or solidarity from the Spanish institutions, not even those of which some of us who have been spied on are elected members. My work as a member of the Spanish Congress was exposed: conversations, files and everything related to my daily life and, therefore, that of other members. This does not seem to worry the Spanish government or the presidency of the Congress, since for them the unity of Spain is more important than democracy.

Nor can we expect anything from the Spanish judiciary: its lack of independence has already been proven in the Supreme Court trial against the Catalan leaders in 2017-2019. Last year, the Parliamentary Assembly of the Council of Europe put a harsh corrective to this judicial process by approving a report in which, among other things, it pointed out that “certain passages of the judgment of the Supreme Court seem to illustrate the difficulty of justifying the presence of violence as required by the crime of sedition”. He further criticized these criminal charges as “outdated and overbroad in addressing what is in truth a political problem that must be resolved by political means”. Spain’s PSOE government and Unidas Podemos have taken the initiative to push this back through pardons. However, the crime of sedition will remain as it was, unrepealed – a tool in the hands of conservative judges who can use it again for political purposes.

Among those spied on are also lawyers, journalists, activists and scientists. The Barcelona Bar Association has already spoken: what Citizen Lab and the New Yorker “may represent a serious violation of fundamental rights and an intolerable violation of the right to defense and the duty of professional secrecy”, and for this reason he demanded “immediate public explanations” from the Spanish government. The case had a big impact on the Catalan media as well as a considerable impact on the international media. Spanish media were the last to arrive, but are now also reporting on the scandal.

Political espionage is not exclusive to Spain. Watergate in the United States is emblematic of a phenomenon that has affected established parliamentary democracies such as Germany, France and the United Kingdom. But in our case, “Catalangate” adds to the repressive tradition of the Spanish state to thwart our democratic claim: to be able to vote on our political future and build an independent Republic.

There have been previous espionage cases such as the one known as “Operation Catalonia”, which sought to obtain data to defame pro-independence leaders. There was, as mentioned above, an unfair trial. More than three thousand people are currently facing legal proceedings stemming from the struggle for independence. And on the day of the referendum, police violence was used against defenseless voters. A government of the conservative Partido Popular and far-right VOX is to be expected to crack down even further, as the far-right frequently mentions its intention to ban pro-independence political parties – and there is already a Basque precedent.

The Spanish elites are resisting the majority demands of the Catalan people. The regime of 78 continues to function as an oligarchic system for which our republican project is an obvious threat. And that is why they use all sorts of repressive means, demonstrating the continuity of a deep state that has not changed since Franco.

On the eve of the October 2017 referendum, Julian Assange said the Catalan process would set a precedent “for the kind of democracy we will see in Europe and the Western world”. The Catalan struggle for independence remains open and continues to be part of this larger battle for the future of democracy.