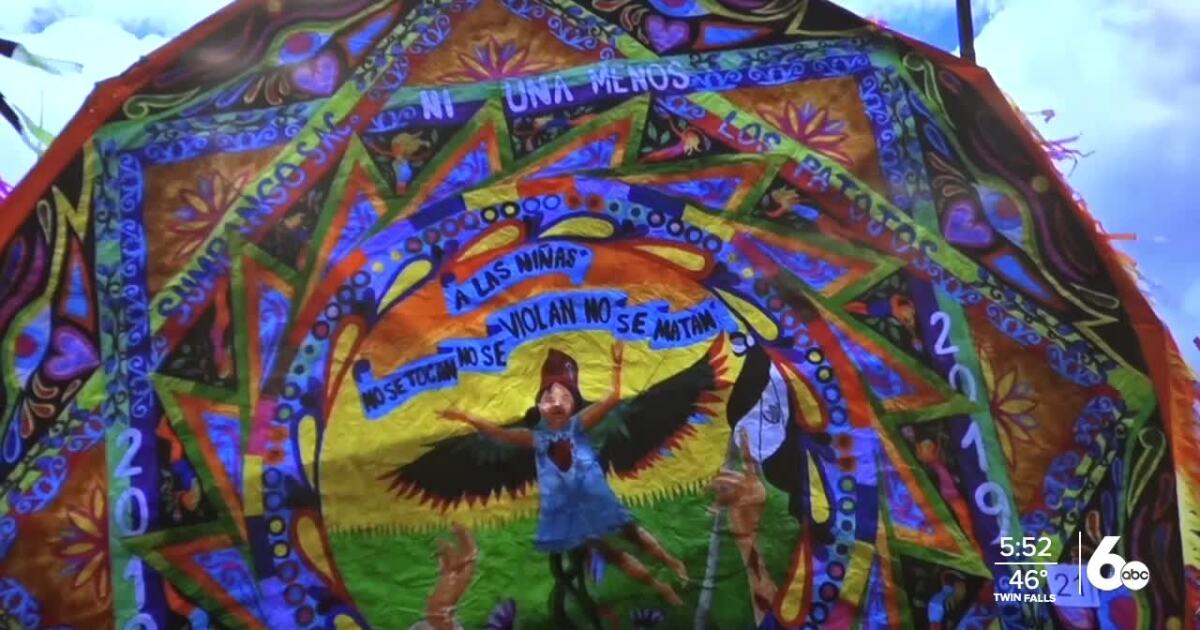 BOISE, Idaho – Dia de Los Muertos translates to Day of the Dead and although this Hispanic holiday originated in Mexico, countries in Central and South America celebrate this holiday in their own way.

â€œThis is a special day when we can come together to celebrate our deceased lovers,â€ said Maria Ortega, from Colombia.

The Idaho State Museum is holding a series of events to help Hispanics in our community celebrate Dia de Los Muertos, a holiday where people remember and celebrate their deceased loved ones and the belief that they have started another life, but are back with them that day.

â€œOn Wednesday the 27th we are having an interactive altars workshop from 7:00 pm to 8:30 pm where you can learn how to make an altar at home and learn more about the symbolism of altars,â€ said museum curator Emily Shivers. “We also have our Nuestras Voces Thursday program which is presented in Spanish and it will present more about how different cultures celebrate Dia de Los Muertos across the world.”

Last weekend, the Idaho State Museum hosted a community day with arts and crafts while helping to better understand how different cultures celebrate Dia de los Muertas, such as how Guatemala organizes a festival with giant kites.

â€œGigantic barriletas is actually just a kite,â€ Ortega said. “In Guatemala, in the city of Sumpango, they make these giant barriletas that can reach 60 feet tall and thousands of people come to see how beautiful they can be in the sky.”

The museum also offers a screening of Disney and Pixar’s Coco in English and Spanish and this film can also help people learn more about Dia de Los Muertos.

â€œI know Coco is so much fun,â€ Ortega said.

But for the museum, this week it’s all about helping the Hispanic community celebrate their vacations and on Friday they will be hosting their community events at the Hispanic Cultural Center in Nampa.

â€œIt was really the idea of â€‹â€‹some of our staff who wanted to be inclusive and make sure that we represented those voices and that we gave people a voice in our community,â€ said Shivers.

And that is why we have included Ortega’s description of Dia de Los Muertos in Spanish, because she had a much easier time conveying her message about what this holiday means to her, I tried to translate it from better than I could.

â€œIt’s the celebration of the people I love that started another life,â€ Ortega said. “Let us come together as a family to celebrate the feeling that they are here with us.”

Dia de Los Muertas will be officially celebrated on the first two days of November.