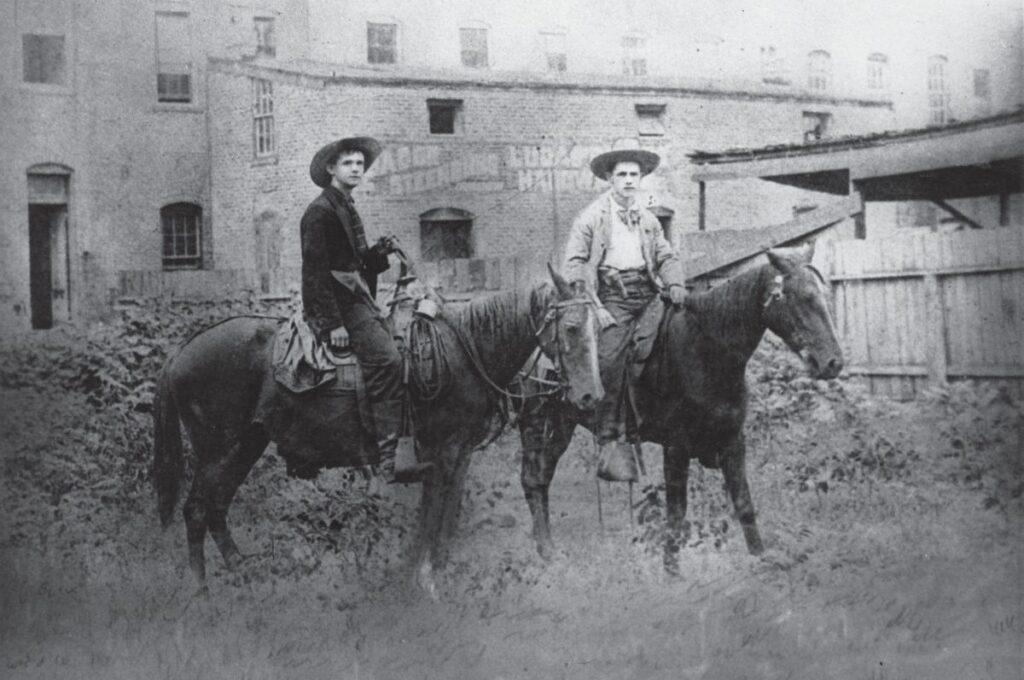 It all started in Florida 500 years ago, with Ponce de León

Jim Handley, executive vice president of the Florida Cattlemen’s Association, likes to tell his cowboy friends in Texas and Oklahoma “they have nothing on us,” he said. “We had the first cattle in North America.

He is proud of what the Florida beef industry has become and proud of the history that brought them here.

“Very few people realize that just a few years ago, Florida was the largest cattle-producing state east of the Mississippi, for hundreds of years,” said Doyle Conner Jr., cowboy historian, poet, cowman and expert on Cracker cattle and culture.

Spanish cattle had multiplied and roamed freely throughout Florida after being first introduced in 1521 by Ponce de León and later by other conquistadors. Organized breeding did not begin until the founding of St. Augustine in 1565, according to the book “Florida Cattle Ranching: Five Centuries of Tradition,” published by the Florida Cattlemen’s Foundation. 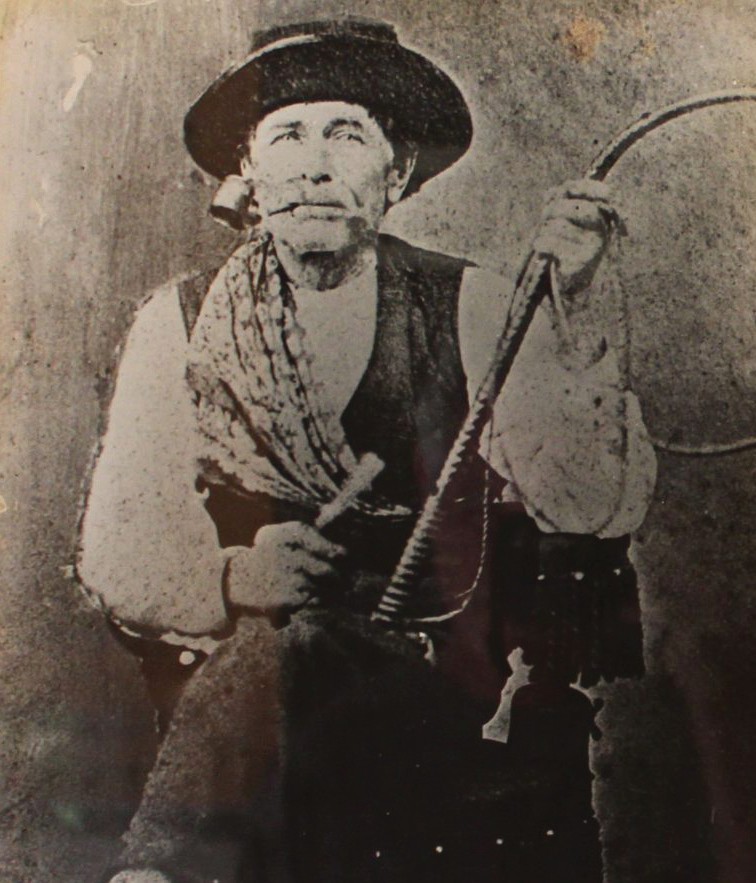 Throughout the 1700s, Native Americans who eventually came to be known as the Seminole Tribe played an important role in the growth and maintenance of cattle ranching. In the 1740s, Chief Seminole Cowkeeper established massive herds in North Florida, according to the Seminole Tribune.

British-born settlers known as Crackers settled in Florida, mostly from Georgia and North Carolina, in the late 18th and early 19th centuries, according to the Cattle Raisers Foundation book.

They began to herd the Spanish wild cattle to form their own herds. These became known as the Florida Cattle Cracker, the foundation of Florida’s beef industry,

The animals were running wild in the woods and the only thing you had to do to make it your own was pull it and eat it, or grab it and put your mark on it, Mr Conner said. “This is how the cattle empires started. 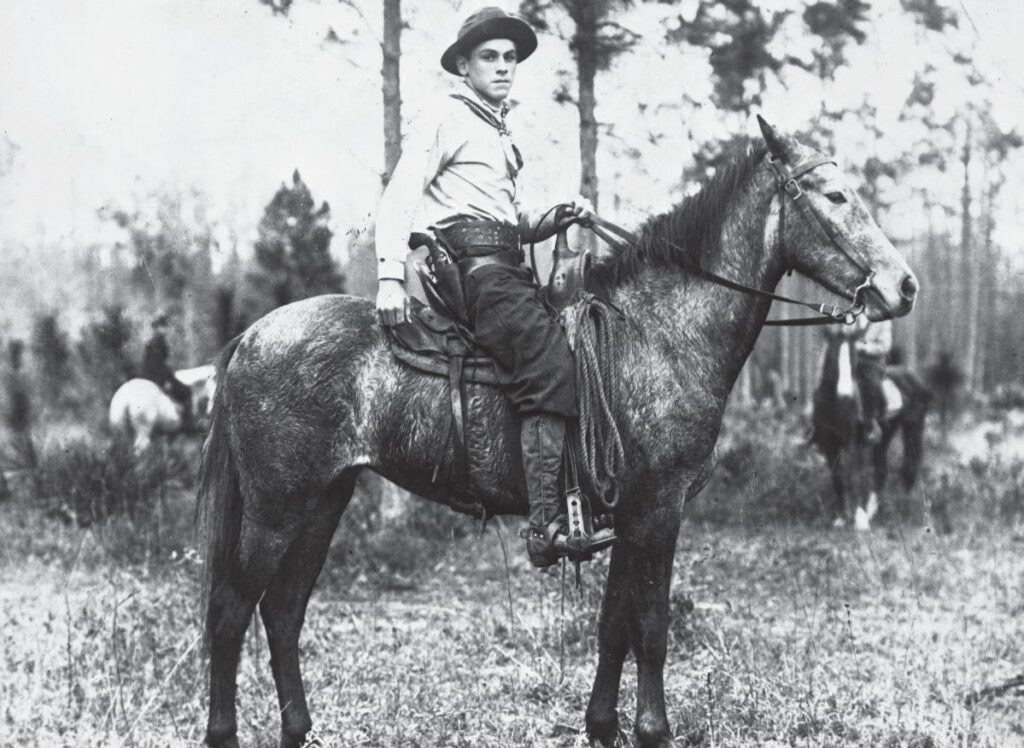 But in order to catch them and herd them together, you had to first hunt them in the Florida wilderness. Florida’s first cowboys, traditionally called cowboys, also became cow hunters.

Disputes between the settlers and the Seminoles led to the First Seminole War in 1818. The Second and Third Seminole Wars quickly followed, decimating the number of Seminoles to around 200. They did not begin herding again until in the 1930s. The Seminole Tribe now runs one of Florida’s largest cattle ranching operations.

Jacob Summerlin was born in the city of Alligator in 1820, apparently the first child born in the territory of Florida after Spain ceded Florida to the United States.

Eventually, he became an extremely successful cattle baron, making his fortune raising and raising cattle in central and southwest Florida. At one point, a Tallahassee newspaper dubbed him “the richest man in the world.” 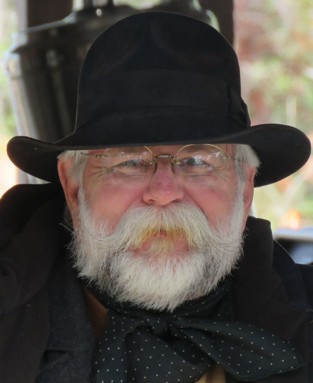 That’s why they called it King of the Cattlemen, or King of the Crackers, the title of a book about the life of Summerlin by Joe A. Akerman Jr. and Mark Akerman.

Some historical accounts say that Summerlin bought his first herd of cattle by bartering 20 slaves given to him or inherited from his father. They include old newspaper articles, an article from the Florida Humanities Council and the book “Gateway to the Kissimmee River Valley” by Jim Robison.

This is only a popular legend, say the authors of “King of the Crackers”, although Summerlin owned 12 slaves in 1863.

Summerlin spoke candidly and lived the rough life of a pioneer. He fought in the Second and Third Seminole Wars.

By 1861, Summerlin had more than 20,000 head of cattle in Manatee, Orange, Volusia and Hillsborough counties, according to the book.

Before the Civil War, Summerlin began shipping cattle to Cuba with the shipowner, Captain James McKay. They shipped first from Tampa, then from Punta Gorda.

During the Civil War, Florida was the main supplier of beef to the Confederates. Summerlin supplied 25,000 head, according to the book. He never received payment.

In 1861, he and Captain McKay built cattle pens and a wharf at Punta Rassa, a spit of land that now sits at the foot of the causeway leading to Sanibel Island in Lee County.

There, Summerlin provided McKay with cattle to execute the Union naval blockade.

He also supplied a small amount of beef to Union soldiers, primarily those stationed at Fort Myers.

“We may have been Confederate, but we were businessmen,” Mr. Conner said.

Summerlin also set aside herds with “W” and “O” marks during the war to help feed widows and orphans.

He joined the Cow Cavalry to help protect the cattle on their way from Florida to the Confederate lines, serving under the direction of his good friend, Captain FA Hendry, who also became a cattle baron.

After the war, he asked for the pardon of President Andrew Johnson and received one.

And he continued to ship cattle to Cuba. Records show that between 1868 and 1878 1.6 million head of cattle were shipped from Punta Rassa, Mr Conner said.

The Spaniards paid with doubloons of gold. Summerlin had a lot of them. He carried them in saddlebags or stowed them wherever he could in his living quarters, including cans and socks, according to several historical accounts. There was no bank to deposit them.

Summerlin has become a synonymous leader in building Florida’s economy, a pillar of the community, and a philanthropist. Summerlin Road in Lee County is named after him.

“The Florida cowherds … allowed us to continue”

Florida’s cowboy life was just as difficult and chaotic as anything in the West.

There has been a lot of cattle rustling. There were shootings. In Kissimmee, cowboys could go up to a bar and play billiards on horseback. Mr Conner said. Some bars had windows where cowboys could stop and order a whiskey, much like the first drive-in.

Through it all, the Florida Cracker cow was also queen.

Florida Cracker cattle are small and hardy, but they produce less beef than modern breeds. In the early 1900s they began to be crossed with other breeds and by the 1960s there were few left.

Mr. Conner’s father, Doyle Conner Sr., was then Florida Agriculture Commissioner and went to the Florida Cattlemen’s Association to start a campaign to save them. A new foundation herd was finally created. The Florida Cracker Cattle Association was formed in 1988. Now they are safe as a heritage breed.

Florida Cracker cattle are hardy, lean, mature quickly, reproduce in the first year, and are 20-30% more fertile than any other cattle on Earth, Conner said. “They had 500 years to develop into what Florida is – what was needed to survive, just like people.”

Her lot in life is “to spread the Florida gospel wherever I can,” said Mr. Conner.

“The lifestyle of the Florida cow hunter, the Florida cowman, is what kept us going. Cattle were the tool that fed the family, both literally and through sales. They traded for other items with other cattle families, ”he said. “Again and again, generation after generation, cattle families owed their lives and their lives to and loved Cracker Cow. They loved this life. They liked this independence. Do again. “??