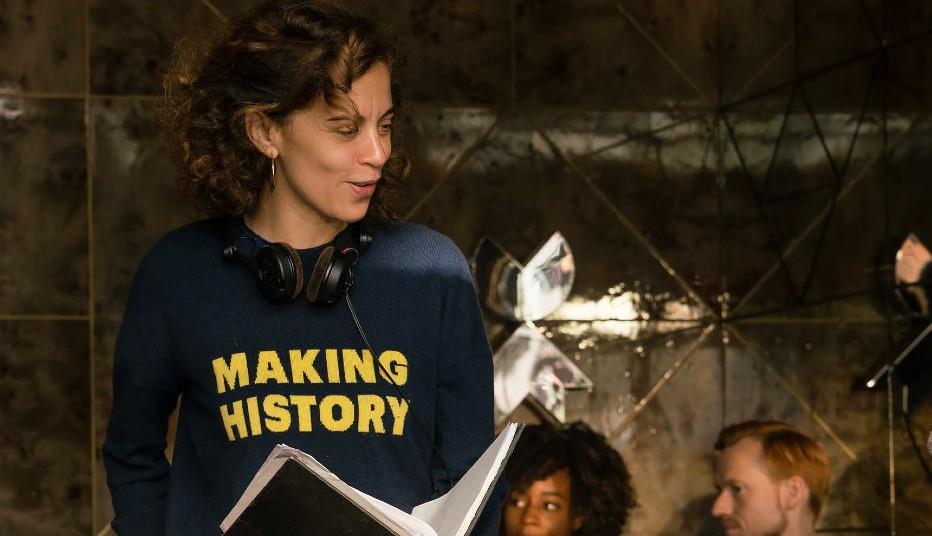 Moroccan director LaÃ¯la Marrakchi distinguished herself internationally in 2005 with a feature debut and a selection at Cannes Un Certain Regard Morocco, a love affair in Casablanca between a Jewish boy and a Muslim girl, which she followed up with the 2013 family drama focused on women Rock La Casbah.

The Paris-based, Casablanca-born director has not directed a feature film for seven years. Marseilles, Office, the whirlwind and more recently Opera, against the iconic French opera Le Garnier.

She is now preparing a return to her first love of cinema with the Spanish drama La MÃ¡s Dulce., Inspired by real events, these are three Moroccan women working as strawberry pickers in the Spanish region of Andalusia who decide to fight against the appalling living and working conditions and the culture of sexual harassment.

Marrakchi will present the project at the co-production market of the fourth edition of the Atlas Workshops project incubator event of the Marrakech International Film Festival, which will take place online from November 22 to 25.

The filmmaker’s hijacking in the series came after her second film Rock La Casbah didn’t enjoy the same level of festival attention, critical acclaim and box office success as its debut Morocco. â€œThe film has its audience, but I can be very hard on myself and ended up feeling quite fragile when it was released. I didn’t feel ready to start a personal project right away, â€she says.

An offer to work on Eric Rochant’s French spy seriesOffice put it back on the director’s saddle. â€œIt’s a different process, you direct other people’s material, but it made me discover other worlds, allowed me to work with great actors, to practice my profession and to experiment with a way that I could not do on my own projects â€says Marrakech.

She is now taking a ‘break’ from the drama commissions to focus on The MÃ¡s Dulce as well as the Casablanca drama series Casa Girls, which she initiated and produced by Michael Gentile in the Parisian company The Film.

His project in English supported by BFI My sister lives on the fireplace Also remains in turmoil, but she has abandoned her plans for a big-screen adaptation of writer Peter Bowles’ short story. Here to learn.

Get Updates on La MÃ¡s Dulce

After revealing for the first time his plans for a drama about mistreated strawberry pickers at the end of 2019, Marrakchi has doubled his development during the pandemic and now has a first draft of the screenplay, co-written with Delphine Agut.

Inspiration for The MÃ¡s Dulce, which translates to “very sweet”, came from a trip Marrakchi took to the strawberry-producing province of Huelva, Spain, with her friend and journalist Aida Alami to meet a group of Moroccan pickers who had filed complaints alleging abuse by their employers. Alami would then write an investigative article for the New York Times.

â€œMy film is a fictional story inspired by these real events. It’s a very current story that brings elements of sexual harassment, MeToo, speaking out, ecology, capitalism and even colonialism, â€explains the director.

Marrakchi worked with a high level cast on Rock La Casbah, directed by Nadine Labaki and Hiam Abbass as well as his Morocco discovery of Morjana Alaoui, but for The MÃ¡s Dulce she plans to recruit newcomers, and maybe even women with experience working in the strawberry fields.

â€œAmateurs will be a big part of the cast, although I end up bringing in professionals as well,â€ she says.

Having developed the project on his own over the past two years, Marrakchi now wants to involve more producers in the project.

Paris-based Moroccan producer SaÃ¯d Hamich recently joined the group as a co-producer. Working between Paris and Casablanca, Hamich’s recent credits include Contact. Marrakchi is particularly keen to also involve a Spanish producer in the project.

â€œThe aim is to shoot in Spain, but it’s a controversial subject, so we’ll see how it plays out. There will also be filming in Morocco because elements of history also take place there, â€she explains.

â€œEvery new movie is a new beginning,â€ she says. â€œI found it interesting at this stage of the project’s development to participate in the workshops. I was on the other side of the process as a jury member in 2019, and I really like and trust the team.

In addition to presentations and one-on-one meetings with industry professionals from November 22 to 25, all participating projects had tailor-made sessions with industry consultants and coaching for the pitch sessions. French filmmaker Boris Lojkine has been attached as a mentor to The MÃ¡s Dulce.

â€œI have been writing with my screenwriter for a year and this is the first time that the screenplay has been given visibility,â€ says Marrakchi. â€œIt was an excellent way to have the script read, to be accompanied, to bring the project to life and to start a conversation around the film.

Arteta: “Going to Anfield is always a test”