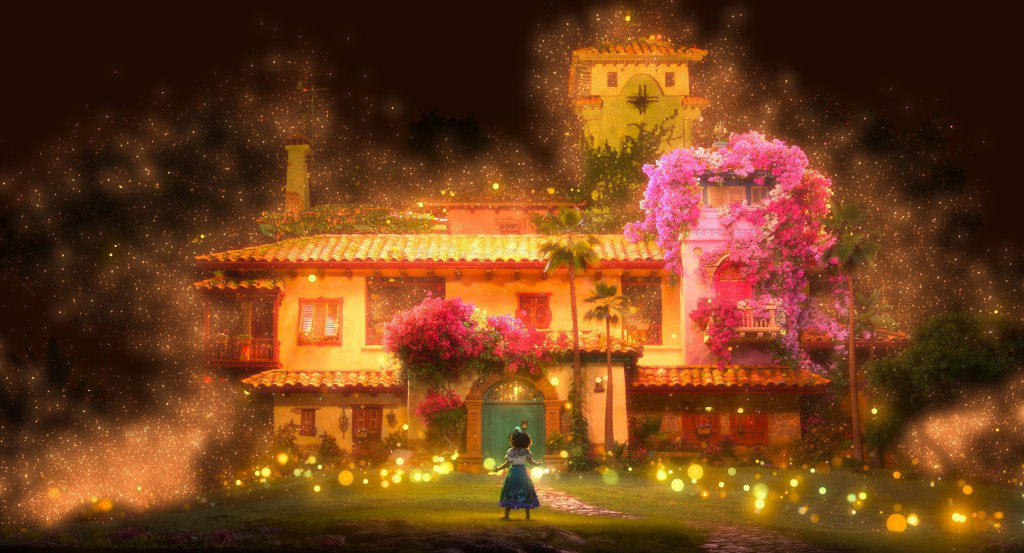 What a busy time in cinema this year for Lin-Manuel Miranda.

His involvement with “Encanto” was unusual for a songwriter as Miranda was involved from the start, with a 2018 trip to Colombia which he made with the co-directors, the producer and his father, Luis.

â€œBeing there from the start made for more give and take than I have ever known. I don’t know if my dad was invited to Disney or if he just showed up, “Miranda said at a Zoom press conference,” but what he brought has been invaluable.

â€œHe told the story of his grandmother with a lot of children and how they all stayed under one roof. This ended up informing Abuela “- the matriarch of the Colombian family -” who loves her family deeply but holds them very tight. “

â€œWe were blown away to learn about Colombia, the diversity of families and music and this crossroads of music and tradition,â€ said director Byron Howard (â€œUtopiaâ€). “We played those big contrasts.”

“Encanto” means a place of wonder and the house here is truly an enchanted place – but it is losing some of its magic. There are a dozen characters and each has a story.

There is a definite benefit to “Encanto” arriving for this vacation.

“This is the movie of families,” said Miranda. â€œWe took the family as a thesis. These are the relationships between the families themselves. And the tension of how you see yourself and how your family sees you and how you interact with everyone else.

â€œI don’t think there is a person who can go to this movie and not identify with a character. I can’t wait for families to see themselves reflected on screen.

As for the task of composing the original songs, “This blank page is no less blank,” Miranda joked.

â€œWhat makes it fun and what makes every experience different is the people you are in the room with and who you collaborate with. We met every Friday night and it became a place to bring new music, experiment, play, tell our own stories and make mistakes.

â€œIt makes the game fun and allows you to create something bigger than you could ever do on your own. “