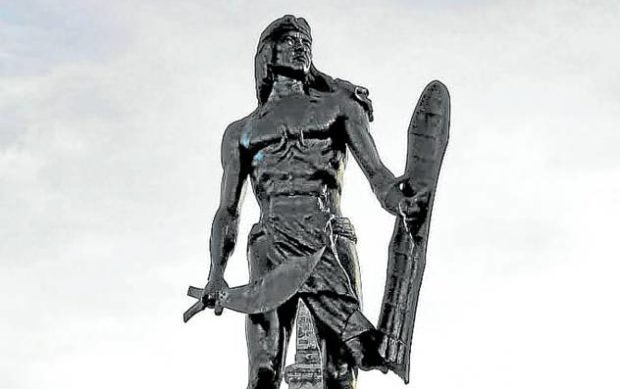 CEBU CITY—Plans to give Cebu leader Lapulapu a special place that befits his contributions to Philippine history are in sight.

Cindi King Chan, wife of Lapu-Lapu City Mayor Junard Chan and former chairperson of the city’s Cultural and Historical Affairs Commission for Tourism, said the installation of the time capsule at the Lapu-Lapu Memorial Shrine and Museum Lapulapu is set for April 27.

The museum will feature collections showing the life of Lapulapu, the first Filipino hero who led a band of natives to defeat Portuguese explorer Ferdinand Magellan and Spanish soldiers on Mactan Island in Cebu Province in 1521.

President Duterte, who had previously announced plans to provide Lapulapu with a statue taller than Magellan’s at their current location at the city’s Liberty Shrine, was invited to the event, she said.

Liberty Shrine, believed to be the site where the Battle of Mactan took place and where Magellan was killed, is a park that prominently displayed the statues of Lapulapu and the Portuguese explorer. The new museum will be built inside the park.

The 20-meter bronze statue of Lapulapu at the Liberty Shrine, showing him holding a long cutlass in one hand and a shield in the other, will be moved inside the new museum and replaced by a monument that will accurately depict the battle of Mactan, said René Escalante, chairman of the National Historical Commission of the Philippines.

“It was never mentioned that it was Lapulapu who personally killed or delivered the blow that killed Magellan. It was a team effort,” Escalante explained in a previous interview.

Use of spyware on separatists in Spain ‘extensive’, group says