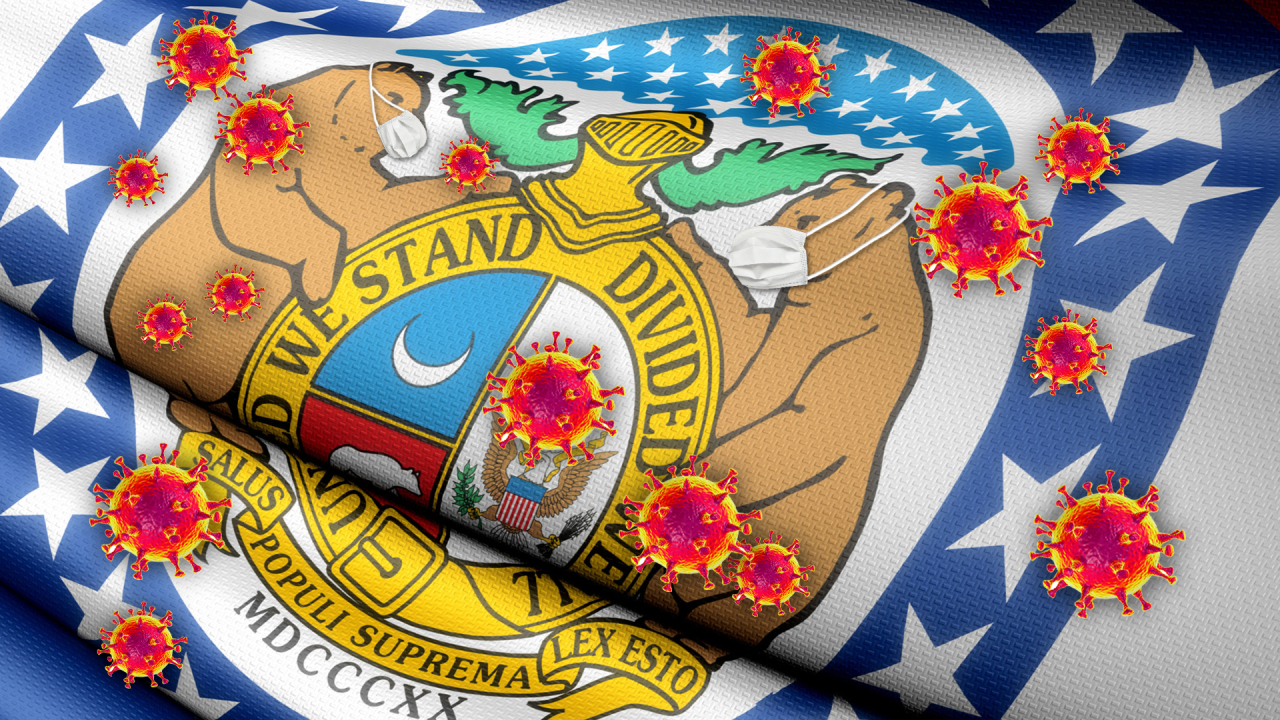 JEFFERSON CITY, Mo. – Missouri’s 7-day moving average for COVID-19 cases fell below 800 for the first time in more than three months. On Monday, the average stood at 797; yesterday it was 835. Exactly one month ago the state moving average was 1,678.

It’s yet another sign that Missouri is currently on a continuing downward slope in COVID cases.

According to Missouri Department of Health and Elderly Services, the state recorded 693,267 cumulative cases of SARS-CoV-2 – an increase of 378 positive cases (PCR tests only) – and 11,836 total deaths as of Monday, October 18, an increase of 1 from yesterday. That’s a case fatality rate of 1.71%.

Please keep in mind that not all recorded cases and deaths occurred within the last 24 hours.

State health officials report that 54.6% of the total population has received at least one dose of the vaccine. About 66.2% of all adults aged 18 and over have started the process.

The state has administered 77,368 doses, including boosters, of the vaccine in the past 7 days (this is subject to a delay, meaning the past three days are not counted). The highest vaccination rates are for people over 65.

The town of Joplin, the counties of Saint-Louis, Saint-Charles and Boone are the only jurisdictions in the state with at least 50% of its population fully vaccinated. Twenty-three other jurisdictions in the state are at least 40% fully vaccinated: Atchison, Cole, Jackson, Franklin, Greene, Cape Girardeau, Jefferson, Nodaway, Cass, Ste. Counties of Genevieve, Carroll, Andrew, Callaway, Gasconade, Christian, Benton, Adair, Clinton, Livingston and Dade, as well as St. Louis City, Kansas City and Independence.

Vaccination is the safest way to obtain herd immunity. Collective immunity to COVID-19 requires 80% to 90% of the population to have immunity, whether through vaccination or curing the virus.

DHSS’s Bureau of Vital Records performs a weekly link between in-state deaths and death certificates to improve quality and ensure that all people who have died from COVID-19 are reflected in the systems. As a result, the death toll in the state will increase from time to time. Again, this does not mean that a large number of deaths occurred in one day; rather, it is a reported increase over a single day.

At the state level, DHSS does not track probable or pending COVID deaths. These numbers are not added to the state’s death toll until they are confirmed in the disease surveillance system, either by the county or through analysis of death certificates.

People 80 and older account for about 42.8% of all deaths recorded in the state.

Missouri has administered 7,305,868 PCR tests for COVID-19 across the pandemic and as of October 17, 16.8% of those tests have come back positive. People who have received multiple PCR tests are not double counted, according to the state health department.

According to the state health department’s COVID-19 dashboard, â€œPCR test looks for viral RNA in the nose, throat or other areas of the airways to determine if there is an active infection. by SARS-CoV-2, the virus that causes COVID-19. A positive PCR test means the person has an active COVID-19 infection. “

Missouri’s COVID dashboard no longer includes the deduplicated testing method when compiling the 7-day moving average of positive tests. The state now only uses the non-deduplicated method, which is the CDC’s preferred method. This number is calculated using the number of tests performed during the period, as many people take more than one test. According to this way of tabulating it, Missouri has a 7.4% positivity rate as of Oct. 15. Health officials exclude the most recent three days to ensure data accuracy when calculating the moving average.

As of Oct. 15, Missouri was reporting 1,174 hospitalizations for COVID and a 7-day moving average of 1,214. The remaining inpatient hospital bed capacity stands at 18% statewide. The state public health measures three days delay due to reporting delays, especially on weekends. Keep in mind that the state counts all available beds, not just beds with medical staff.

The 2021 low point on average hospitalizations in Missouri was 655 on May 29.

If you have additional questions about the coronavirus, the Missouri Department of Health and Senior Services is available at 877-435-8411.

How do deaths from COVID compare to other illnesses, like the flu or even the H1N1 pandemics of 1918 and 2009? This is a common question.

The 1918 H1N1 influenza epidemic, commonly known as the “Spanish flu”, was estimated to have infected 29.4 million Americans and claimed 675,000 lives Therefore; a case fatality rate of 2.3 percent. The Spanish flu has claimed more lives than is generally expected from other flu.

As of January 2009, another H1N1 virus – known as â€œswine fluâ€ – spread around the world and was first detected in the United States in April of the same year. The CDC identified approximately 60.8 million cases and 12,469 deaths; a fatality rate of 0.021 percent.

For more information and updates regarding COVID mandates, data and vaccine, Click here.

Lost History | Opinion of the applicant