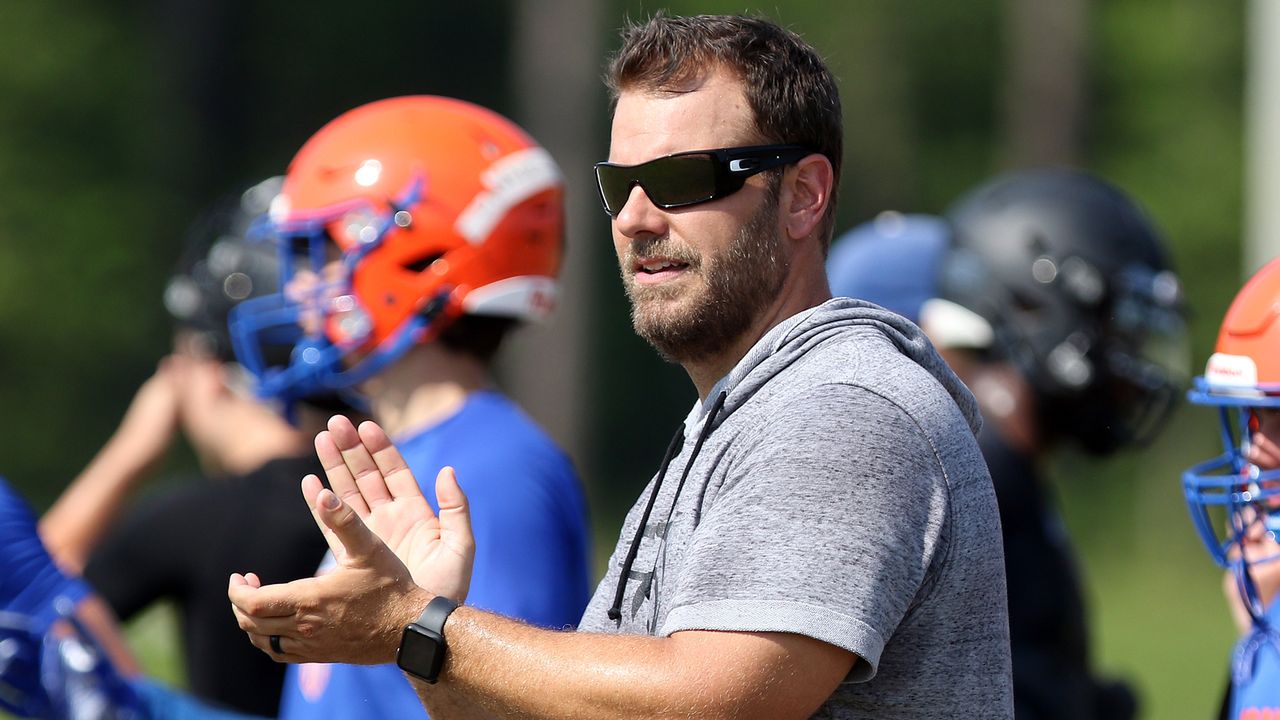 The 38-year-old, who has lived in Spanish Fort since 2007, is now Toros’ hometown football head coach.

He was approved last week by the Baldwin County School Board as the new coach and athletic director at Spanish Fort High School, succeeding Ben Blackmon.

Smith, who recently started the soccer program at Orange Beach, has just completed his first full week at his new job. The former Spanish Fort assistant coach, who also spent time at the college level in southern Alabama, opened up about the challenge ahead of him on “Inside High School Sports” on Sports Talk 99.5 FM in Mobile this week. .

How has it been so far with the Toros?

” It was great. It was a bit like drinking water from a fire hose sometimes, but that’s a good thing. We got off to a flying start. I think it’s day 3 for me. I got to meet the kids and the coaches and started introducing myself to teachers and staff and building those relationships. It was really good.

Is there any benefit to having been to Spanish Fort before?

“I think so. We were lucky to be part of this group that helped build the tradition in Spanish Fort that everyone knows now. Just to know where you are from and what kind of tradition and children that this community has, for sure.

Is this precisely what attracted you to this profession?

“We moved here in 2007 and I’ve been living here ever since. I was lucky enough to be able to travel wherever my career took me. My wife and I lived here and fell in love with the town, the people, the community, and the school. This has been my home for 15 years.

How difficult was it to leave a program in Orange Beach that you started?

“I can’t say enough about the people, the community, the school, the players at Orange Beach. It was a great moment in my life and in the life of my family, a fantastic opportunity to build something from scratch. Just the success we’ve had not just in football but as a sports program….we’ll always have those memories. It’s part of life and follows where the journey takes you. It’s hard to say goodbye to these relationships, but it’s not really a goodbye but see you later. They’ll find someone there and it’ll be in good hands, and that’ll be a good thing.

Which is more difficult: starting a program from scratch or taking over a perennial powerhouse like Spanish Fort?

“I was lucky in my career to really have more of an underdog role, to take something back and rebuild, so it’s a bit different. Here it’s obviously not broken. You have all tradition. It’s more about getting in and having your say on things and doing things a little bit differently depending on your philosophy. Again, it’s a place I know very well. There’s still lots of familiar faces, and that’s what I’m used to, so I can’t wait to hit this thing head-on.

“I think there are several different things. The first thing for me is to get to know everyone. I can’t stand not knowing the kids, the coaches, the teachers, the administration. So, getting to know them and building those relationships is important to me. Then assessing our needs and getting ready for spring and summer, putting together the calendars, reaching out and getting to know the contacts. I just got my key yesterday , so I checked that off the list. I can finally enter the building now. There’s always one thing waiting for you after you complete the other.

How different will your style be? What do you plan to do offensively and defensively?

“Everyone has their philosophy. I have a lot of different regimes. I’m more on the attacking side, but I’ve done both. It’s really about equipping your staff. We have to come in here and assess everyone from last season. They lost a lot. I think they lost 28 or 30 seniors. We have to assess who is here and adapt everything we do to what they do best. That’s our job in as coaches.

Will you call games on the sidelines?

“Yeah. I have great employees here. Brian Turner who I’ve known for a long time. He’s going to help me defensively on the ball. I have Justin Thomas and a few guys I’ve known who are great mentors and who are great with the game I will have a lot of support there and when I go anywhere it’s a team effort Everyone is in this together and mentoring these kids every days.

You are entering a very competitive region (6A, 1). Talk about that and the enemies you will face in the fall.

“It will be a very high level competition. Week after week, it’s very competitive, very physical, very good training. I know all the coaches personally and professionally. It’s high level coaching and high level athletes and, if you’re a competitor and you work all year for it, it’s going to be really exciting. It will be fun to be part of it.

You were at the University of South Alabama for several years under Joey Jones. What did you take away from it that may have helped you in high school?

“I started as director of football operations. It’s a logistical job. It helped me a lot to be organized and to plan and things that you don’t see with football and in particular with the functions of director athletic. In college, just attention to detail, organization, planning and preparation. If you’re not prepared for this level, you won’t be in a job for very long. What I really learned the more is that the obstacles come and go, but the driving force is what you want to accomplish.

Have you had the opportunity to focus on football since your arrival? What do you know what your team could look like next season?

“I watched a movie and started to assess movement, size, position and needs. That’s what’s really great about coming and having time and getting ready for the spring ball. This spring will be absolutely what it is meant to be, which is an evaluation process. It will be crucial for me and for all of us as coaches and players to have an idea of ​​what we will have in the summer and fall.