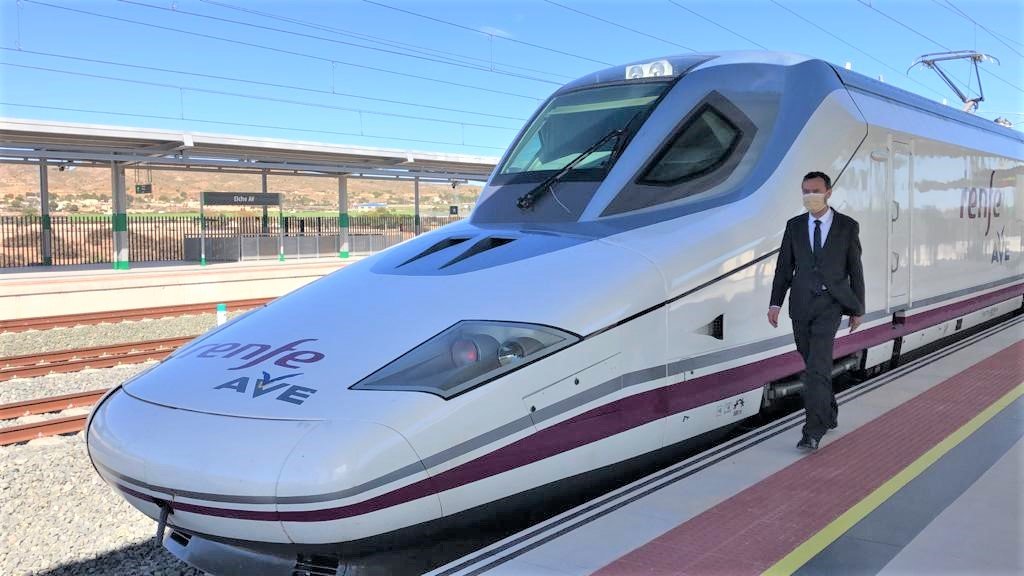 More trains The mayor of ELCHE, Carlos Gonzalez, announced that the Spanish train operator, Renfe, will increase the number of AVE high-speed trains linking the city and Madrid. Currently, there are two trains in each direction on weekdays, with one on weekends, but demand would increase with more trains, Gonzalez argued.

best year There has been a 50% increase in the number of foreign tourists visiting the Costa Blanca in 2021 compared to 2020, Spain’s National Statistics Institute (INE) has revealed. Totaling just over four million, they spent 2.6 billion euros during their visits to the region, 66% more than in 2020.

Invaders out The Beaches and Environment Department of TORREVIEJA removed 18 cubic meters of the Uña de Gato (Cat’s Claw) plant known as Hottentot Fig in English. Originally from South Africa and considered here as an invasive species, it colonized the dunes of Molina del Agua and La Mata parks.

wider road The Diputacion Provincial Council intends to spend €615,000 to widen CV-873 on a two-kilometre stretch of road through officially protected land between Albatera and Hondon de los Frailes. It is the only road that offers a direct link from the Vega Baja apart from the A-31 motorway.

Five-year term THE youngster from Elche, who confessed to shooting his parents and younger brother after his internet connection was cut as punishment, is to spend the next five years in a center for young offenders. Following this, he will be released on probation for the next six years.