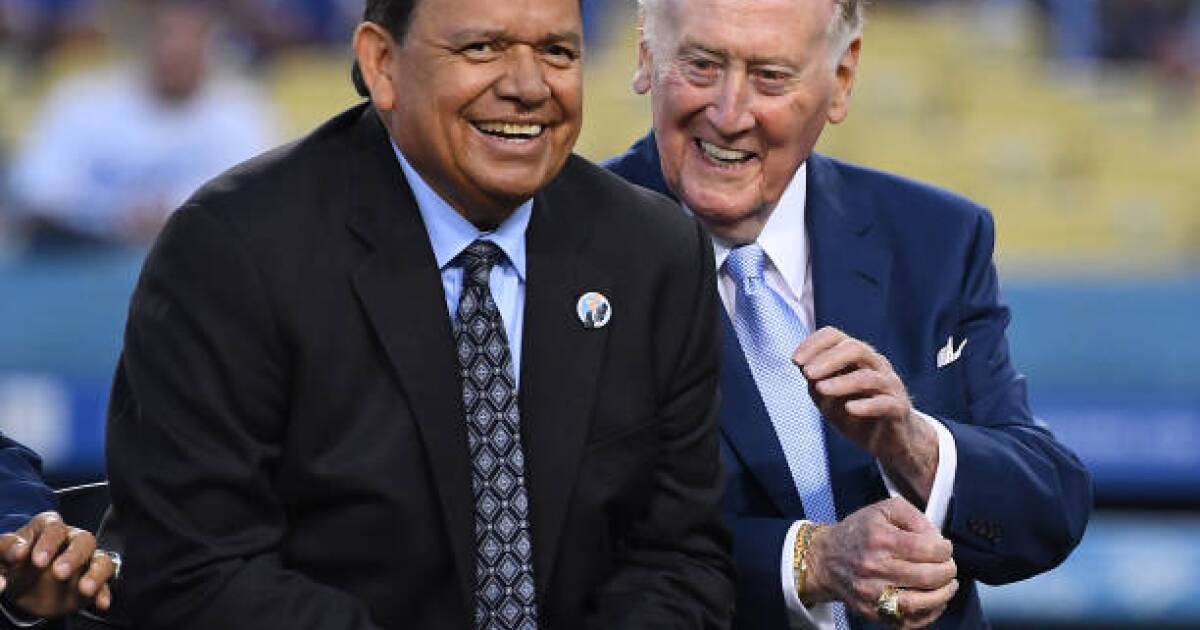 Opinion: Why not Vin Scully or Huell Howser? Readers on the replacement of the statue of Junípero Serra

Think of two people who best represent, say, Wyoming. Nobody comes to mind immediately, but I can imagine that it is much easier for states with less than 800,000 inhabitants to find two examples of quintessential Alaska or Vermonter than it is for California, strong. of 40 million people, to choose a pair of historical figures to represent. in the National Statuary Hall of the United States Capitol.

Perhaps this is one of the reasons why it is so difficult to find a replacement for Father JunÃ­pero Serra, whose statue has remained on the United States Capitol since the 1930s despite the fact that, as the The Times editorial board said, â€œHis image is a painful reminder to many Native Americans of Spanish colonization and conversion. The statue of Serra must go (although some of our readers would disagree with this), but whose resemblance should represent a state of high alpine mountain ranges and barren deserts, anti-tax revolts and Progressive political experimentation – in other words, a state of extremes and all the rest – is a more complicated matter.

Since the debate over replacing Serra’s statue has grown in recent years, one of the most popular suggestions from letter writers has been to simply fire Thomas Starr King, who has been removed from the Capitol in 2009 to make way for Ronald Reagan. Now readers are coming up with more suggestions, and in many ways they look like California – all over the map.

For the publisher: You never suggested that the Ronald Reagan statue should be replaced. This despite the fact that Reagan was largely responsible for the toxic mistrust of government that plagues our current body politic.

Of the suggested replacements, virtually all had serious flaws. For example, as governor, Earl Warren was a strong advocate for the internment of Japanese during WWII, and John Muir made racist remarks about African Americans and Native Americans. I don’t know “Biddy” Mason, Sally Ride, or Jerry Garcia enough, but honoring a Grateful Dead member seems odd.

Particularly promising was The Times’ suggestion that our state take advantage of federal law to replace its official heroes every ten years. At the very least, it would spark widespread interest in our history.

Personally, I can think of many other worthy candidates, including Governors. Pat Brown, Jerry Brown and Hiram Johnson – all somewhat flawed but very influential historical figures. There’s also longtime state Supreme Court justice Stanley Mosk, Steven Spielberg, Vin Scully, and maybe even Chick Hearn. No doubt there are others.

What might also be appropriate for Congress to establish a separate showcase for demoted heroes, perhaps at the Smithsonian. If Serra is indeed replaced – with his statue removed at a suitable site – it might be appropriate to point out that he was the overwhelming first choice around 1930 to be one of California’s Two Heroes.

If such a repository is made available, it would be more than appropriate to include explanations for both their initial selection and subsequent deletion. I have been to the National Statuary Hall more than once, and it is indeed impressive, but the statues are devoid of explanatory material.

For the publisher: Regarding the statue issue, I suggest Juan Bandini, a pre-Yankee California political figure who (like his father) strove for many years to protect the interests of Native Americans in the territory.

For example, he wrote in 1834, when the lands of the secularized missions – property of the Indians – were monopolized by private individuals: â€œThe natives await the goods which are due to them – which have already ended in the hands of private individuals.

He resolutely pushed for improved infrastructure to maximize the state’s commercial and social potential, and he ultimately supported the change in sovereignty when he saw that the intractable internal feuds between Californios would only bring ruin to California.

The immigrant Mexican “colony” that he supported in the 1830s, while failing as an entity, nonetheless brought progress and modernity to a very backward and outdated California.

For the publisher: The likeness of a great Californian was removed from the Statuary Hall of the United States Capitol in 2009 and replaced with that of Reagan. He should be sent back to Washington, and the introduction to his Wikipedia article shows why:

â€œThomas Starr King was an American Universalist and Unitarian minister, influential in California politics during the Civil War. Starr King spoke zealously in support of the Union and was credited by Abraham Lincoln with preventing California from becoming a separate republic. He is sometimes referred to as “the speaker who saved the nation”.

King has done more for this state than anyone before or since. It is thanks to him that we have this great State as a member of the Union.

It was a great disgrace to remove the statue from him. I submit that this error should be corrected. Let King replace Serra.

For the publisher: I don’t think the Serra statue should be removed. Whether we like it or not, he is a great figure in the history of our State.

My vote goes to Cesar Chavez to replace Reagan.

In a blue state like California, Reagan’s ideas are anathema to the wealthy white liberal elites who rule our state and view it as a quasi-fascist. Chavez, on the other hand, represents the state’s new ethnic plurality in a most positive way.

Unlike the white liberal elites who run our state and speak like plebeians but live like patricians, Chavez lived in his small family home until the day he died. I have always admired his lack of hypocrisy and his love for the farm workers he helped.

As much as I love President Reagan, it’s time to recognize that California is a majority minority state and that Chavez is the man who best represents us today.

For the publisher: I think the Serra statue should be replaced by our beloved Huell Howser. No one was a greater promoter of our beautiful state.

For the publisher: I find all this hype about replacing the Serra statue in Washington quite ridiculous.

Serra and the others did well and made mistakes. You have to look at the culture of the time. As mentioned, â€œGreatness doesn’t necessarily mean perfectionâ€.

Better statues to educate the true and false in history. Better to learn from the past and live in the present. We are making better use of our effort, time, intelligence, money and energy on issues that we can all benefit from today.