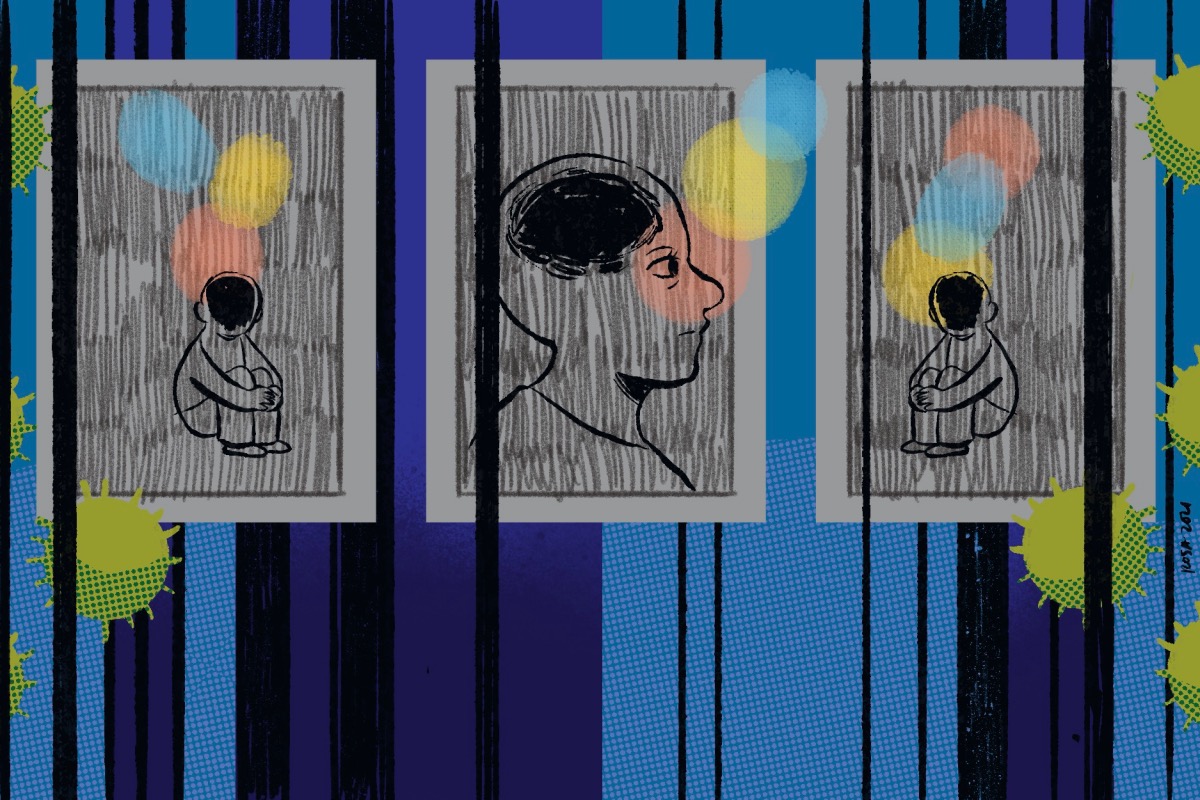 “Puerto Rico is experiencing an overall mental health crisis in general, and youth mental health is certainly part of it,” said Dr. Alice G. Pérez Fernández, professor of psychology at the Inter-American University of Puerto Rico-Fajardo.

Several experts have pointed to uncertainty about the future as one of the causes of rising rates of depression and anxiety among young Puerto Ricans.

Over the past five years, children and teens have grown up amid two Category 5 hurricanes, swarms of earthquakes, the COVID-19 pandemic, and near-monthly blackouts. These situations have hung a dark cloud over the lives of many Puerto Ricans.

But it can be especially difficult for children to cope with such situations due to rapid changes in their social and physical environment that are difficult to explain, says Wilmayra Villafañe, director of children, young people and their families in Puerto Rico. Mental Health and Anti-Addiction Services Administration (ASSMCA in Spanish).

Puerto Ricans “have seen a lot of trauma,” said Dr. Eduardo Lugo, professor of psychology at the University of Puerto Rico, Mayagüez campus, and executive director of Proyecto Juventud. “It turned into complex trauma, one on top of the other.”

During the start of the school year last Wednesday, more than 240 schools have been not ready to offer services to students as they were in “critical condition” and still undergoing necessary improvements.

Additionally, education budget cuts have forced many schools to close as part of a campaign to “consolidate” school districts, with more than 400 schools closed since 2017. According to the Centro de Periodismo Investigativo, the “vision for the future” proposes to close 83 additional schools by 2026, which would affect 18,644 pupils.

Schools not only function as centers of socialization for children where they can learn many important life skills, but also as pillars of their community. When a school closes, a community is dismantled, says Dr. Lugo.

According to a study conducted by Dr. José Caraballo Cueto, director of the Census Information Center, there was a negative causal relationship between “school consolidation” and academic achievement among displaced students. The study, which tracked student data from 2017 to 2019, found that students who were displaced by school closures had a higher likelihood of scoring lower on standardized tests compared to their counterparts. not moved.

The study also found that while 78% of students in public school systems lived below the poverty line, displaced students had a higher rate of major poverty.

When asked if the school closures had a major impact on the mental health of young people, Villafañe said that the ASSMCA “did not attend any cases related to this”.

Along with fewer schools, there are also fewer teachers for students, with more than 2,500 teachers leaving earlier in the year. More than 100 DE employees submitted “unexpected resignations” just before the start of classes for the 2022-2023 school year, according to secretary Eliezer Ramos. However, he maintained that the DE typically sees 700 vacancies between October and November.

Schools are not the only institutions to have experienced closure in recent years. The Bayamón Mental Health Center, one of the few public units specializing in psychiatry for minors, has been closed over two years ago without a plan on how to treat his patients. Currently, three hospitals have wings specifically intended to deal with child and adolescent mental health in Puerto Rico, Villafañe confirmed.

The Bayamón Mental Health Center was reopening scheduled for Februarybut it remains closed.

“Resilience is very important,” Dr. Lugo said. “Nevertheless, there can be no resilience without resources.”

A video report by Rayos X revealed “third world” conditions at the Dr. Ramón Fernández Marina General Psychiatry Hospital in Rio Piedras, including a room filled with improperly discarded biohazardous waste and only one medical professional for 30 patients.

Following the report, Dr. Hiram Rodriguez made a Instagram post calling out both the ASSMCA and Governor Pedro Pierluisi for their silence on the matter.

“Do you see how they disrespect and play with the sanity of Puerto Ricans? Dr Rodriguez said in the video, then urged mental health professionals in the archipelago to “pressure” the government to act to address the crisis.

“Population-wise, there is a decrease in the number of young people using (in-person mental health) services,” Villafañe said. “However, the number of cases can be noted as more serious.”

ASSMCA has recently started offering in-person services directly to communities in hopes of meeting them in places where they might feel more comfortable. Villafañe wants “more people to use the service”.

These numbers are marked increases from the 2018-19 period, when the line received just over 80,000 calls.

Latino Rebels has asked for available data regarding rates of depression and anxiety in youth mental health, but has so far received none.

A person familiar with ASSMCA told Latino Rebels that data on rates of depression and anxiety related to youth mental health has not been collected since 2017.

According to Anne E. Casey Foundation Kids Count 2022 Data Book57% of children in Puerto Rico live in poverty, 54% of children’s parents do not have secure jobs, and 83% of children live in high-poverty areas – all of these factors have been negatively linked to higher rates. high levels of depression and anxiety among young people, experts say.

Puerto Rico’s Department of Health did not respond to the Latino Rebels’ request for comment.

Enrique Becerra: “Morocco is a very good country for doing business, it welcomes you with open arms” | Atalayar