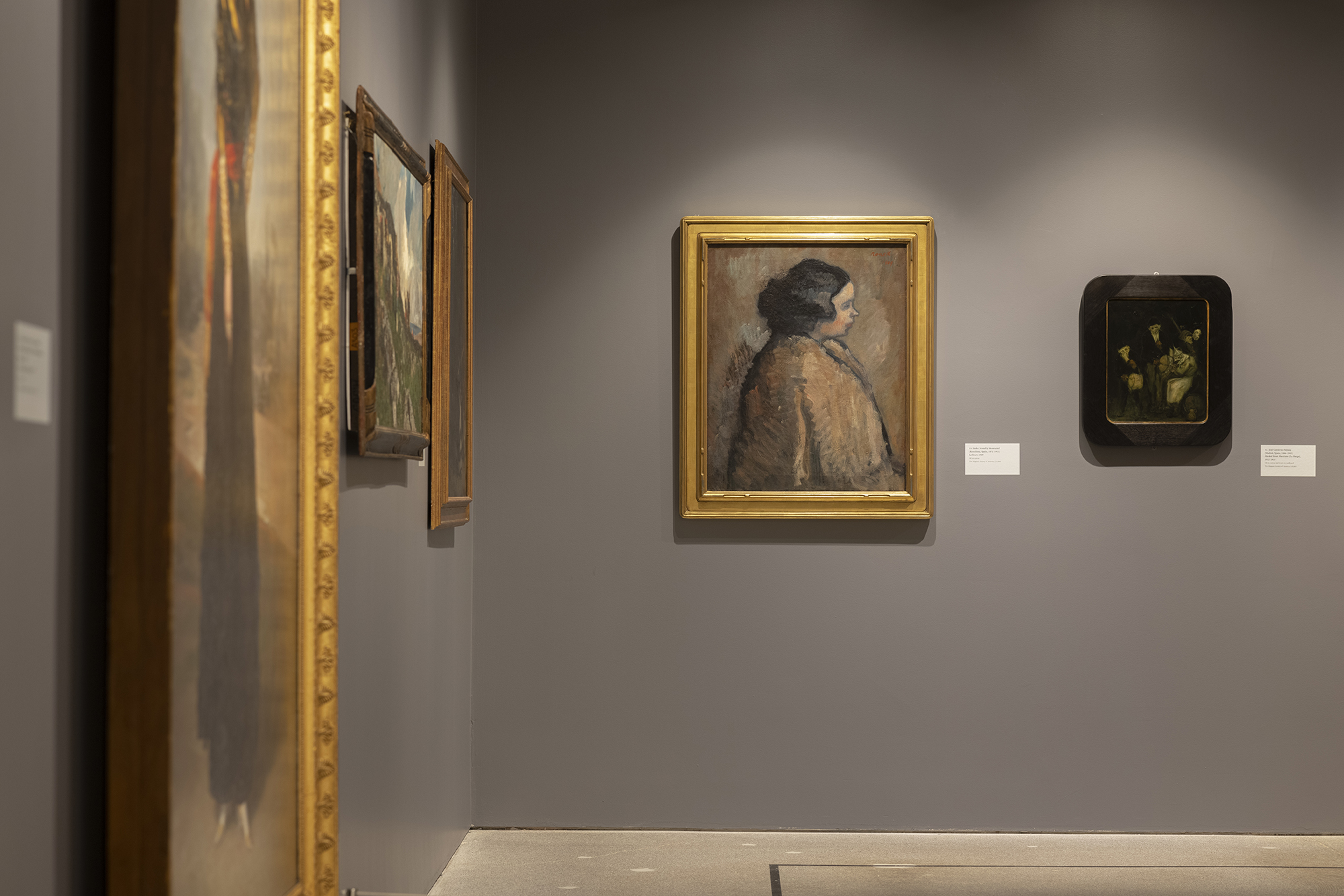 At the start of the 20th century, a number of American philanthropists founded ambitious museums. Isabella Stewart Gardner established her palace in Boston, Andrew Carnegie built a museum in Pittsburgh, and a little later Henry Clay Frick, another Pittsburgher, established his museum in New York, and Albert Barnes built his institution near Philadelphia. And in 1904, Archer Milton Huntington, heir to a railroad fortune, founded the Hispanic Society Museum & Library, with its collection dedicated to the art, history and literature of Portuguese and Spanish-speaking cultures. He wanted to show not only the art of Spain and Portugal, but also the work of the vast empires of these countries.

Because the Hispanic Society is in Washington Heights, Manhattan, it has until recently held a marginal position in the New York art world. Although it’s only about 75 blocks from the Metropolitan Museum of Art, it might seem like a long trip for the busy reviewer. I, at least, confess that in all my years of criticism, I had never visited this institution. And so, at the moment, when the museum is closed for renovation, I came because a selection of the best works is on display there. How amazing that it took me all these years to travel to uptown to see the best portrait in a museum in New York, that of Francisco de Goya. The Duchess of Alba (1797).

In fact, besides this Goya, there is a lot to see here. From Spain, there is Diego Velázquez Portrait of a little girl (1638-1642), El Greco Saint Jerome as a penitent (1600), and Francisco de Zurbaran Saint Emerentiana (1635-1640). There are various decorative works, including a tile with the Star of David from a synagogue in Toledo (1425-1475) and a richly decorated Islamic box (circa 966), from Cordoba, recalling that for a long time Jews and Muslims constituted important elements. of the Spanish population. There are more recent works of art made in or about Spain, such as the painting by Mariano Fortuny y Marsal Arabs going up a hill (1862-1863) and John Singer Sargent The spanish dance (1879-1882). And there are works of art from the wider Spanish-speaking world, like a watercolor showing The silver mines of Potosi (1585), the Peruvian mines which were the economic center of the Spanish Empire. And, too, there are artefacts revealing colonial life, such as the Bishop’s Leatherwork Miter (1560), made by natives who designed a leatherwork mosaic and gave it to King Charles V as a gift. And at the entrance is a striking painting by José Agustin Arrieta, El Costeño / The young man from the coast (after 1843), showing a black man carrying a basket of luscious tropical fruit. These genre scenes were an important tradition in colonial Mexican painting. Pancho Fierro, a Peruvian of Afro-Hispanic descent, produced watercolors sold to military officers and merchants traveling to and from Asia. And there are four superb polychrome sculptures attributed to Manuel Chili, an 18th-century Ecuadorian titled: The four destinies of man: death; soul in hell; soul of purgatory; soul in paradise (all circa 1775). Some of the exhibited works have been acquired recently.

The history of the Spanish Empire is very complex. by Hugh Thomas A world without end: Spain, Philip II and the first world empire (2015); The Golden Empire: Spain, Charles V and the Creation of America (2011); and Rivers of Gold: The Rise of the Spanish Empire, from Christopher Columbus to Magellan (2004) tell this story, explaining how these distant countries connected. But his books do not indicate how to describe this art. Some works were exported from the country of origin and some Spanish artists emigrated. But soon enough, native traditions, which were obviously difficult to administer from distant Madrid, came to life. What then defines the essence of this Hispanic art? How, I ask, by looking at these objects can we identify certain common characteristics? These questions are not easy to answer, both because the history of Spain itself is complex and because when Spain created its vast empire, artistic traditions developed in new ways.

George Kubler was a specialist in Hispanic art, and thus his legendary The form of time: remarks on the history of things (1962), widely read by American artists a generation ago, developed some remarkable ideas about this evolution, which deserve to be revisited today. What is provincialism? Indeed, does this word even still have a clear meaning? To call an art provincial is to assume, on the contrary, that other works come from the center of the art world. And Nuestra Casa is a powerful visual argument against this moralizing way of thinking. Twenty years ago, the fact that the Hispanic Society was based in a Latin American community was considered by some of its administrators as a disadvantage. But now, obviously, its location has become one of its strengths.

Note: My story is based on Benedict Anderson, Imagined Communities: Reflections on the Origin and Spread of Nationalism (London, 2013).