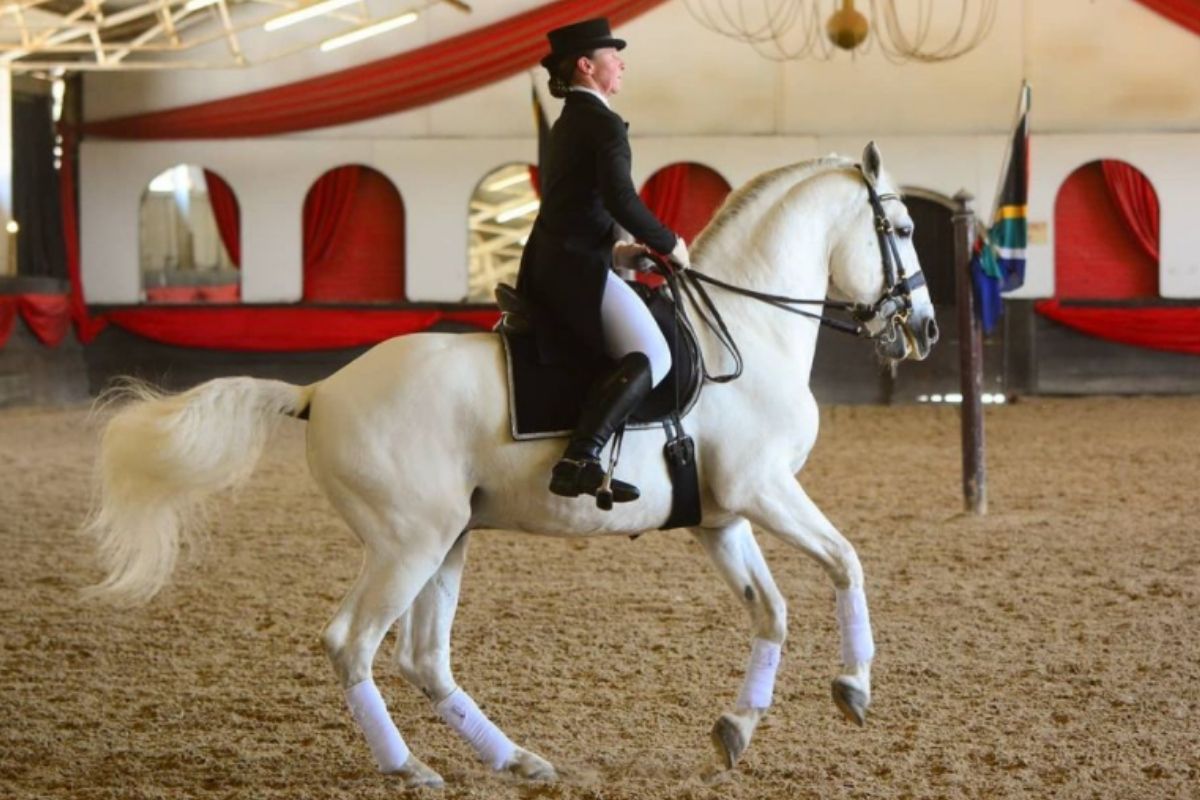 Fans of these gorgeous ‘dancing white stallions’ known as South African Lipizzaners can attend the spooky evening at the Mistico Equestrian Center in Cape Winelands on October 23. After the show, you can join the group in their â€œspooky barnâ€ to meet the stallions and spoil them with their own trick or treat!

Tickets for the event are available from Quicket and start at R300 per person (adults and children over 12) and R150 per person for children under 12.

If you are attending the event, please note:

GET A CLOSER LOOK AT SOUTH AFRICAN LIPIZZANERS

According to the International Equestrian Federation, it was the need for a particularly strong and courageous workhorse that laid the foundation for the breeding program that has resulted in today’s Lipizzaner.

â€œA mixture of Spanish, Italian and Arab-Eastern horses led to what is considered the first ‘artificial’ breed to originate around 1562. Courage, strength and agility remain notable traits of the Lipizzaner horse near 500 years later.

In 1948 the Lipizzaners reached the shores of the SA and in 1969 Major George Iwanowski built the very first indoor school in South Africa, which today houses the SA Lipizzaner Center.

Two years later, the first regular Sunday morning performance of the Lipizzaners was opened by the head of the Spanish Riding School in Vienna, Colonel Handler.

Today, the tradition of breeding and high school training continues in South Africa with a stud farm in Gauteng province and the original equestrian center.