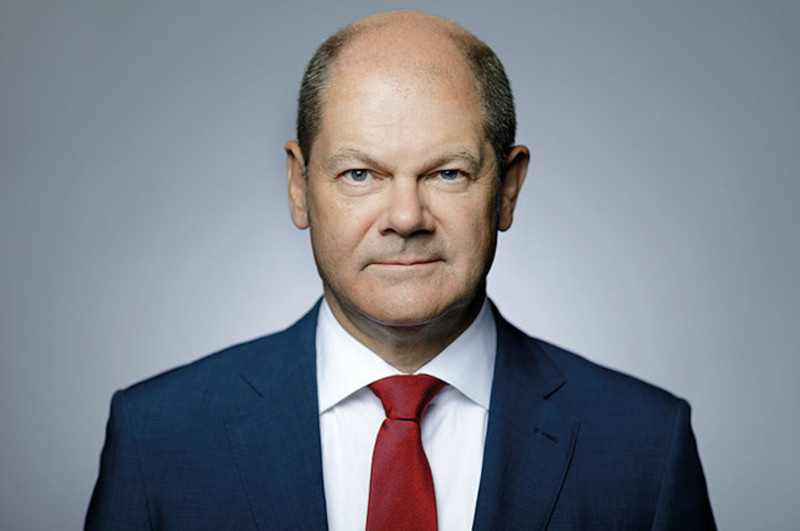 “We are now in a much better situation than was foreseeable several months ago in terms of security of supply,” he said, stressing that his country is better able to cope with the potential threats from Russia regarding the reduction of gas supply.

His optimism, however, comes hours before gas supplies via Nord Stream 1 (a gas pipeline linking Russia and Europe under the Baltic Sea) are suspended for three days. The unscheduled maintenance work, which is due to start on Wednesday, was announced earlier this month by Russian energy giant Gazprom.

On Tuesday, Scholz noted that the Berlin government is expected to present a new package of measures “very soon” to help citizens and businesses deal with soaring energy prices.

Germany agreed in July to bail out Uniper with 15 billion euros after it sounded the alarm over energy costs, but the company on Monday asked for an additional 4 billion euros in financial aid.

Soaring energy prices in recent weeks have prompted the German government to push for energy market reform, as electricity market prices “do not reflect the current situation”, Scholz said.

Under current market rules, gas sets the overall electricity price, but some EU member states have long called for an overhaul of energy markets.

Spain, along with Belgium and Greece, have for months urged Brussels to set a European cap on energy prices and reform electricity markets to decouple gas and electricity costs. – a proposal which is gradually gaining ground among the other Member States.

Vienna and Berlin both voiced support for reforming electricity markets over the weekend.

Meanwhile, the European Commission said on Monday it was working on an “emergency response” plan to deal with soaring energy prices. But it is unclear if the proposal will be ready for next Friday.

“Spain is ready to help the countries that suffer the most from Russian gas dependence and Putin’s energy blackmail,” Sánchez told reporters on Tuesday at Meseberg Palace near Berlin.

But the geographical isolation of the Iberian Peninsula from European electricity and gas distribution networks makes it difficult for Spain to access the networks and export liquefied natural gas (LNG) to its neighbours.

“We cannot use Spain’s LNG regasification capacity, which represents 30% of all of Europe, if we maintain the bottleneck,” Sánchez said, reaffirming his interest in connecting the Spanish gas network. to the rest of Europe.

Spain currently has six continental LNG terminals for processing gas arriving by sea, but the interconnection with Europe remains weak. The French and Iberian markets are interconnected through two low capacity pipelines.

France has been hesitating for months about building a pipeline across the Pyrenees (the so-called MidCat) after regulators in both countries rejected the costly infrastructure project in 2019.

But Sánchez’s “plan B” is to build a more expensive undersea gas pipeline linking Barcelona to Italy, in order to integrate Iberian resources into the European gas market if France retains the MidCat project.

Scholz, for his part, said that increasing the interconnection between Spain and Europe is a long-term solution to ensure the security of EU gas supplies since Spain and Portugal are capable of producing a surplus that should be exploited.

The German Chancellor also called for intensified efforts to develop “a major European electricity grid, gas pipelines and, in the future, hydrogen”. “We will do everything we can to achieve this.”

Vuelta a España leader’s red jersey: everything you need to know