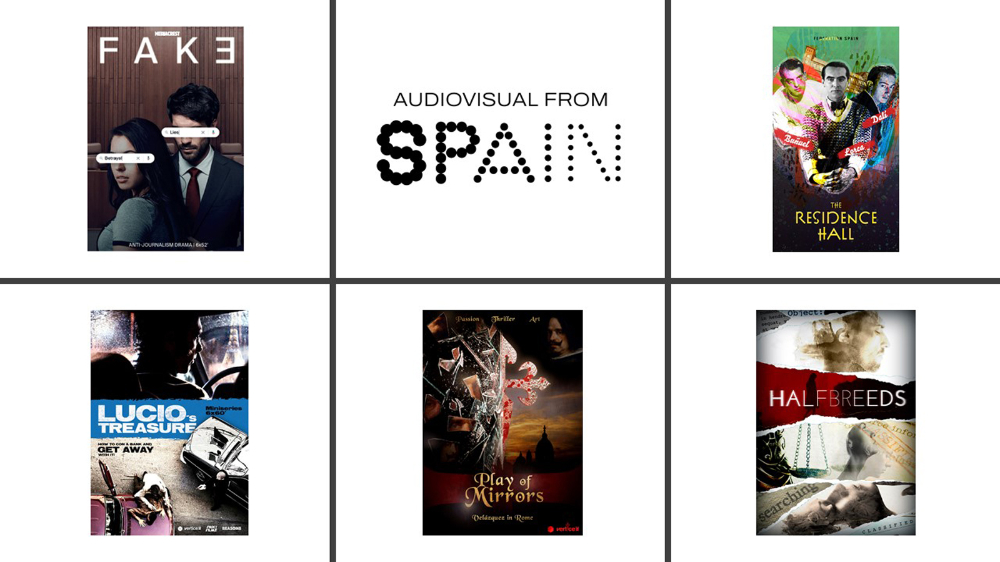 The Spanish television industry will make history at the Series Mania Forum 2022, with its largest panel and preview presence in a major television market.

Spain’s attendance at the conference – alongside Finland’s panel breakdown – is also the largest of any country at the upcoming edition of Europe’s premier scripted TV series co-production event.

Series Mania Forum takes place on site from March 22 to 24 in Lille, in the north of France, under the aegis of the Series Mania festival.

Organized by ICEX Spain Trade & Investment, the national export and foreign investment office, the Spanish pavilion at the Grand Palais in Lille will welcome a record delegation for Spain of some twenty companies and more than 50 executives.

It’s a sign of Series Mania’s growth as an industry forum over the past few years, and of Spain’s ambition to increase exports of Spanish film and TV content through a Spain plan. AVS Hub whose total investment until 2025 is $1.8. billion euros of public incentives and financing organized by the government.

Presented under its new Spanish Audiovisual brand, ICEX’s activities range from introducing projects seeking funding to promoting series to be released soon or which have just been shot.

Previously announced, the television series project “Detective Touré”, a co-production between Tornasol Media and DeAPlaneta, will be the only Spanish title presented during the Forum’s Co-Pro Pitching Sessions this year, which will be pitched on Tuesday, March 22.

Adapting the romance saga of Jon Arretxe, the series is written by David Pérez Sañudo, director, co-writer and producer of the multi-award winning Spanish film “Ane is Missing”, and Carlos Vila (“Los misterios de Laura”). Mariela Besuievsky from Tornasol and Elena Bort from DeAPlaneta will produce and present in Lille.

The Coming Next From Spain sidebar will offer a look at four of Spain’s most anticipated dramas on the same day, in a session moderated by María Rúa Agüete, Senior Research Director at Omdia.

“The Age of Anger”, a high school mini-series exploring the values ​​of Spain’s younger generations produced by The Mediapro Studio’s Big Bang Fiction and MasFicción for Atresmedia, will be presented by Marta Ezpeleta of TMS, head of distribution, co-productions and acquisitions, and Javier Esteban, Head of Distribution Strategy and Sales for North America, Latin America and MENA. Atresmedia owns the international sales rights.

María Valenzuela, who runs Movistar Plus Internacional, the recently launched arm for content distribution of top Spanish payment box Movistar Plus, will lead the presentation of ‘Rapa’, a Galician thriller produced by Portocabo, the company behind the hit series by Movistar “Hierro.”

Pubcaster RTVE and Alea Media of the Mediterráneo Mediaset España group bring to the Coming Next from Spain section the prime time series “Peace Force”, presented by TVE Director of Film and Fiction, José Pastor, and the showrunner of ‘Alea, Aurora Guerra.

A panel moderated by Mamen Casal of Ficción Producciones will delve into the series’ innovative financing model, whose flexibility is becoming a mantra for many international deals.

This has seen the sale of a local true story on drug trafficking to a network of regional broadcasters – Forta in Spain – the incorporation of a foreign public broadcaster – RTP in Portugal – and a partnership with Prime Video, which allowed producers to retain the majority of the IP.

In another session, Spain Pitching Breakfast: Coffee and Hot Projects, taking place on Thursday, March 24, five Spanish projects will be presented to a specially selected audience based on the needs indicated by their producers and creators.

The selection of projects focuses on “The Residence Hall”, set up at Fedent Spain, which will be presented by General Manager Toni Sevilla and Laura Oliva, Content Manager. The series details the real-life early years friendship of Salvador Dalí, Luis Buñuel and Federico Lorca who shared rooms in a student residence in Madrid in the early 1920s.

“Lucio’s Treasure”, an action detective series project based on the true story of a seemingly modest mason living in Paris, responsible for the largest network of travelers check counterfeiters, is produced by Ana Manresa and Hugo Menduiña in Friki Films, based in Barcelona. .

Finally, on From Limited to Returning, also on Thursday, March 24, former Keshet exec and “Homeland” producer Ran Tellem, now Director of International Content Development at The Mediapro Studio, will explain the imaginativeness of the sequel to the TMS hit series “The Head.”

John Hopewell contributed to this article.

China warns of retaliation if hit by Russian sanctions fallout