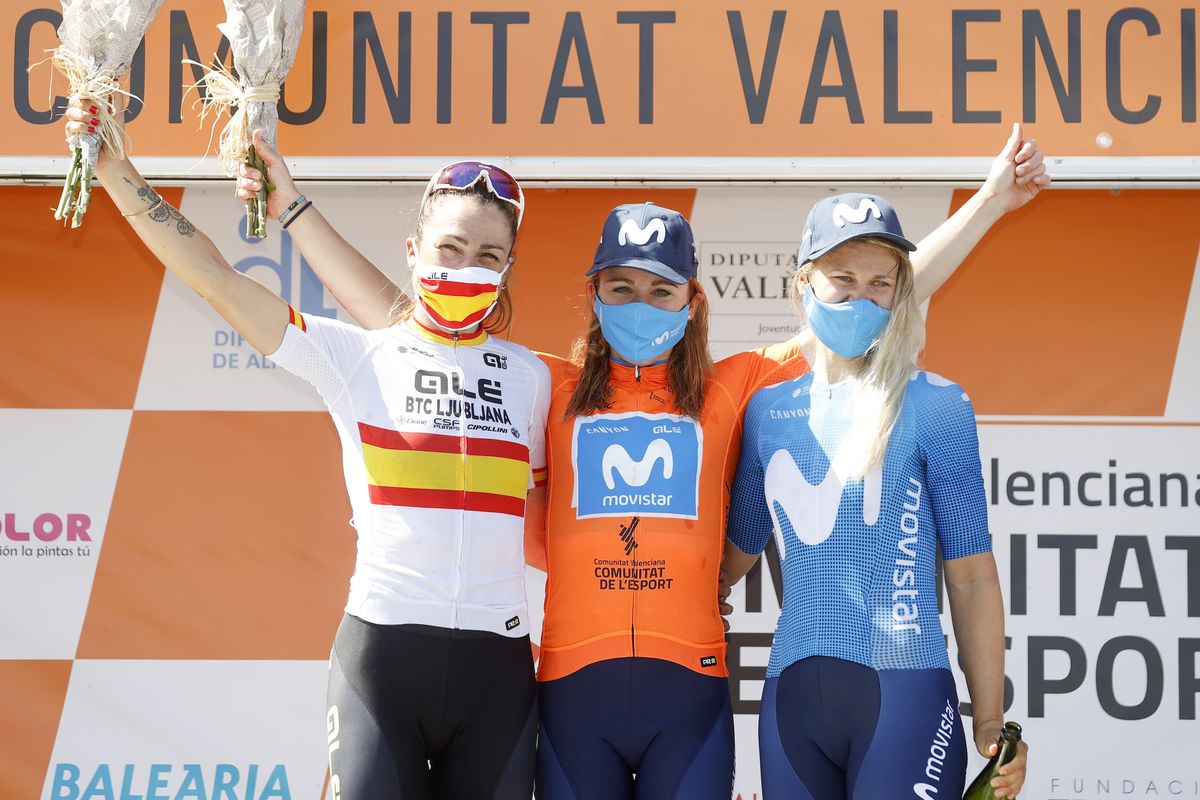 Marta Bastianelli kicked off the women’s season with a victory for her new team UAE Team ADQ at the Vuelta CV Feminas on February 6 and the European season openers continue this weekend at Setmana Ciclista Valenciana, officially named SC – Volta Comunitat Valenciana Femines, from February 17 -20 in Spain.

Defending champion Annemiek van Vleuten (Movistar) will make her debut in the four-day race aiming to win for a second consecutive year.

Although the early-season stage race is not part of the Women’s WorldTour, it attracts a world-class peloton every year due to its position after numerous top-level team training camps held in the region and just before the Spring Classics Opening Weekend at Omloop Het Nieuwsbald on February 26 in Belgium.

The sixth edition of the stage race, classified as a UCI 2.1 event, is organized by the Club Ciclista Escapada which has invited 25 teams and will take place in Castellón, Valencia and Alicante.

Setmana Ciclista Valenciana is a stage race that has established itself as one of the most important early-season stage races in Europe.

It has traditionally taken place in February, but was postponed to May due to COVID-19 last year, which ended up coinciding with an engrossing 12 days of racing in Spain that culminated in the Women’s WorldTour Vuelta a Burgos Feminas.

The race is aimed at the best climbs in the field due to the difficult terrain that takes place over all four stages, and traditionally also includes the decisive queen stage for the GC.

Defending champion Annemiek van Vleuten is a self-proclaimed lover of Spanish one-day and calendar-stage racing. Each year, she makes it a point to have her heart pumping during their notoriously steep climbs. She will again be the absolute favorite for the overall victory in 2022.

Trek-Segafredo has a strong team with a three-pronged approach with Elisa Longo Borghini and Lizzie Deignan for the mountain stages and new world champion Elisa Balsamo for the sprint stages.

Grace Brown will make her debut with Futuroscope FDJ Nouvelle Aquitaine where she will undoubtedly aim to make the most of breakaway opportunities in her quest for the top GC ranking. She arrives in Europe after winning the Australian National Championships time trial.

Kaia Schmid will also be making her debut on the pro circuit for Human Powered Health, and while she’s not an overall contender, she’ll be one to watch in the breakaways and sprint stages. The American finished second at the Junior Women’s World Championships in Flanders and will compete against the elite.

The DSM team also has a series of cards to play with climbers Juliette Labous and British Champion Pfeiffer Georgi for the GC as well as Lorena Wiebes and Charlotte Kool for the sprints.

Women’s UCI hour record holder Joscelin Lowden makes her Uno-X Pro Cycling debut. Former winner Clara Koppenburg will also be back in the running with her new team Cofidis looking for a result at the start of the season.

The Setmana Ciclista Valenciana course has some of the toughest pitches on the international calendar. This year’s four-day race covers eight graded climbs before finishing in Valencia on Sunday.

The race will start with a 114 km stage between Tavernes de la Valldigna and Gandia, with the same finish line as last year.

There is an intermediate sprint in Barxeta (80km) and three categorized climbs in Alto Serra Grossa (53km, Cat 3), Alto Barxeta (87km, Cat 4) then Alto Barx (99km, Cat 2), followed by t a descent then a flat 3 km from the finish line in Gandia.

The second day of racing offers the 117km course between Altea, where many WorldTeams held their early season training camps, to Cocentaina. It’s a bumpy stage but it only includes a category 1 climb to Alto Confrides 30km from the race. The rest of the stage is hilly with an intermediate sprint in Cocentaina (74km), followed by a second loop of a 29km regional circuit before ending in Cocentaina.

The queen stage 3 takes place in the province of Castellón with 135 km between Vila-Real and Vistabella del Maestrat. There is an intermediate sprint in La Barona (94 km) and three category 1 climbs; Alto Remolcador (50 km), and two that are back to back at the final, Alto Collao (124 km) and at the top of Vistabella (135 km).

The stage will close the Setmana Ciclista Valenciana with 118 km between Sagunt and Valencia. It is by no means a flat stage with two opening laps of a 29 km circuit between Sagunt, Cuartell, Estivella, Gilet and Sagunt, where two intermediate sprints are located at 30 km and 60 km. The peloton then set off for the only climb of the day, a category 2 climb on the Alto de l’Oronet, before descending to Valence.