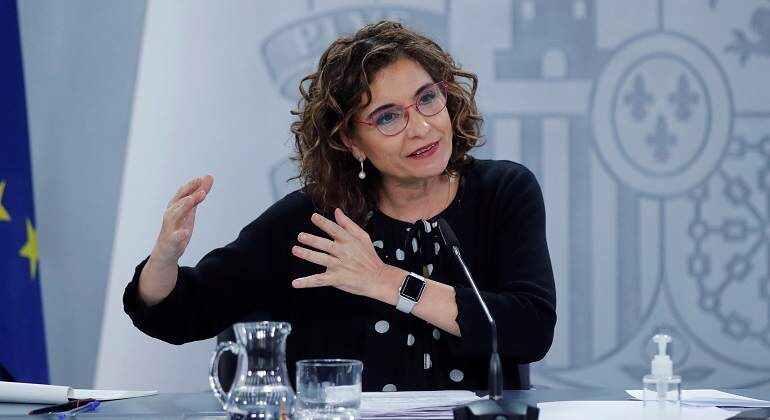 The Spanish economy appears to have put the recovery on autopilot in light of employment data from last June and the forecast for unprecedented growth in the second quarter of the year of 18%.

All this seems to have a decisive impact on the revival of activity, demand and consumption of services until a few weeks ago, limited by the restrictions of the pandemic, with a particular impact on tourism in the case of Spain.

However, the onset of summer seems to have set in motion all the macroeconomic machinery – as long as the spread of contagion helps maintain the current state of activity – and is already reflected in the levels of tax collection, which are already above 3.5% to pre-pandemic records.

Concretely, between January and May of this year, a total of 81,583 million euros were collected in our country through taxes. This figure is, as it seems obvious, 13.7% higher than last year (approximately 10,000 million euros) but also exceeds the collection figure by 2,768 million (3.5% more). recorded in the same period of 2019, one year before the outbreak of the health crisis.

In other words, according to these figures released by the Ministry of Finance, the Spaniards are already contributing to state coffers above pre-crisis levels. This, moreover, also anticipates with certainty strong economic growth in the coming months of the year.

Tax roadmap
Moreover, these numbers are strongly linked to the unique dynamics of the economic crisis caused by the pandemic. In this way, it seems obvious that the more or less speed with which the Spanish economy will recover – less optimistic projections delay the prepandemic levels of GDP and employment at the end of 2023 – will be accompanied by a greater contribution of the figures in question. to those. elements, such as IRF or VAT, more linked to the recovery in demand and consumption.

However, these figures could increase further over the next year if the government finally completes the tax reform entrusted to the committee of experts for February 2022, with which the tax burden of the Spaniards could be raised at the level of the partner countries of the EU.

Skepticism reigns
However, the reading by experts of these government plans seems to coincide with the negativity which, at this time of recovery, involves weighing on the social agents responsible for job creation with larger contributions, and the possible limiting effect on the growth it could lead to effected.

â€œAny tax increase will have a negative impact on economic activity, although some increases may have a greater impact than others. We should see what exactly the tax reform will consist of in order to take stock â€, underlines the senior economist of Funcas, MarÃ­a JesÃºs FernÃ¡ndez, on the global tax plan, details of which are not yet known.

â€œThe right tax reform that does not limit growth requires an adjustment of the taxation of small businesses so that it is not a brake on their growth and also by a rationalization of the taxation of large companies so as not to give them a additional bonus just because of their size. . Fundamentally, good tax reform requires broadening the tax bases, both for personal income tax and for companies.

These two criteria lead to a tax system that not only does not limit growth and job creation, but also stimulates both. Finally, a good tax reform must increase the weight of direct taxation and reduce indirect taxation, â€explains Antonia DÃ­az, doctor of economics at the University of Minnesota and professor at Carlos III University.

The Spanish state involved at the highest level in the admission of the Polisario leader, according to El Pais

Why Kylian Mbappe’s “offside” goal, winner of the Nations League for France against Spain, was allowed