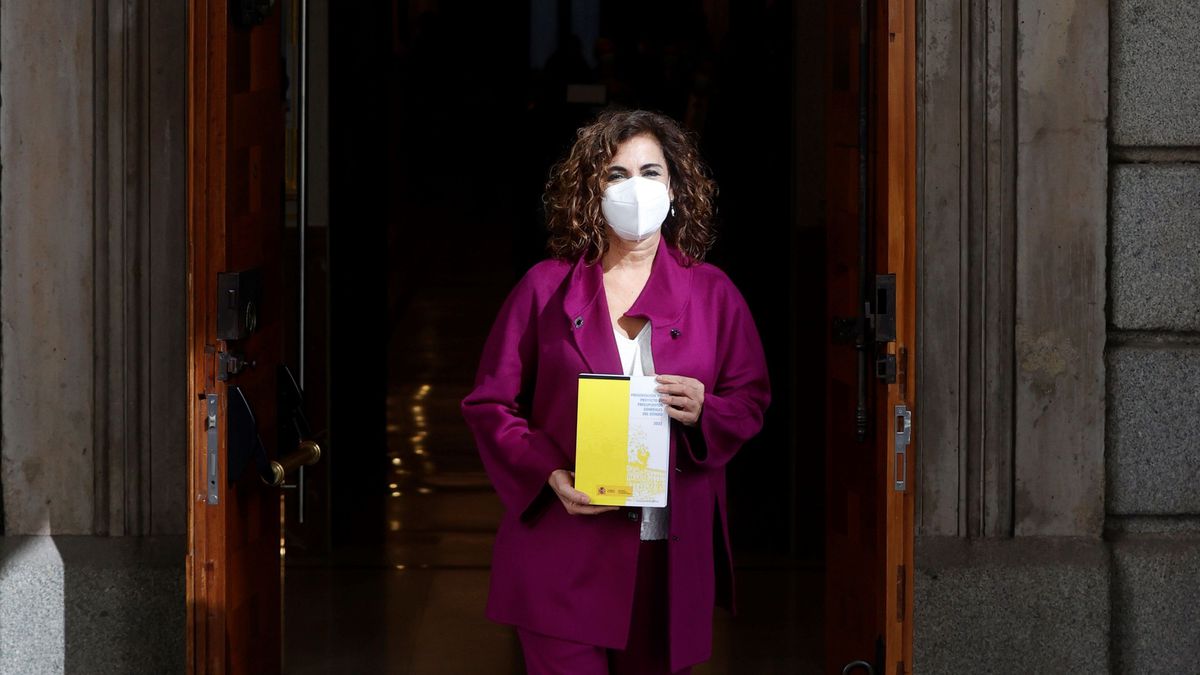 Details of the draft budget that the center-left government of Pedro SÃ¡nchez presented to the Spanish parliament on Wednesday show a record public spending program for 2022 thanks in large part to an influx of European funds to mitigate the effects of the coronavirus pandemic.

The leader of the Socialist Party (PSOE), who heads a minority government with his junior partner Unidas Podemos, hopes to garner parliamentary support for an ambitious budget aimed at fueling the recovery after a record contraction in the economy last year. The spending plan includes more than â‚¬ 27 billion in EU funds that will go to defense, industry, energy, science and infrastructure projects.

Globally, the southern region of Andalusia will attract the most funds, 2.27 billion euros, followed by Catalonia with 2.23 billion euros, the region of Valencia with 1.21 billion euros and Madrid. with 1.15 billion euros. For the latter region, this amount represents a decrease of 7.9% in investment. The Basque Country will also receive 4.47% less than last year (489.56 million euros).

For Catalonia, the 2.23 billion euros represent an increase of 11.5% compared to the previous budget allocation. This figure also roughly reflects Catalonia’s economic weight in the national economy – 19% of gross domestic product (GDP), according to the National Statistical Institute – and it honors a historic request from the Catalan authorities. Much like last year, the central government is seeking the support of Catalan separatist lawmakers in Spain’s parliament to ensure the budget is passed.

A total amount of 1.3 billion euros has been allocated to improving the rail network of Catalonia’s suburbs, Rodalies, compared to 202 million euros in the 2021 budget. This is seen as a clear message to the Republican Left Catalan (ERC), whose support in parliament is crucial. As the Spanish government does not have an absolute majority, it relies on the support of other parties to pass key laws, such as the budget.

But other separatist parties such as Ensemble pour la Catalogne have noted that these kinds of announcements generally don’t match actual investments on the ground. According to the Catalan government, of the 4 billion euros allocated in the 2008-2015 investment plan for the suburban rail network, only 14% had been invested at the end of 2019.

Overall, the government plans to invest 43.4 billion euros, part in direct investments (11.2 billion euros) and the rest in transfers to local authorities so that they invest as they see fit. This is a significant increase compared to last year, when 29 billion euros were allocated to public investment. It is also more than the sum of all the investments made during the years 2012, 2013 and 2014, when Spain was in the grip of the Great Recession triggered by the global financial crisis.

Defense, transport and the environment will take the lion’s share (67.2%) of investment funds. Some of the stated goals include developing more resilient infrastructure and ecosystems and moving towards digitalization.

The Ministry of Science and Innovation is also expected to receive a historically high amount, 3.8 billion euros, which Minister Diana Morant said would be used to create opportunities, retain talent and breathe new hope into the scientific community after years of underfunding, precarious working conditions and inefficient bureaucracy.

Social security represents one of the most important expenses of the 2022 budget. Of the 181 billion euros allocated to the social security net, 171 billion euros will go to the payment of pensions, an increase of 4.8% per year. compared to last year. Contributory pensions – those that require a certain number of years of contribution to be eligible – will represent nearly 40% of all social spending. They include payments for retirees, widows, people with disabilities, orphans and dependents.

The 2022 budget plan kept the allowance for members of the Spanish Royal Family at 8.43 million euros, the same as last year. King Felipe VI is free to distribute this amount at his discretion, although the Royal Household website states that Felipe VI receives â‚¬ 253,850, Queen Letizia â‚¬ 139,610 and former Queen Sofia, Felipe’s mother, â‚¬ 114,240. Former King Juan Carlos I received around â‚¬ 160,000, but Felipe VI withdrew his allowance in March 2020 following a scandal in a tax haven.

Cabinet members will get a 2% pay rise, as will Spain’s three million civil servants. According to the draft accounts, Prime Minister Pedro SÃ¡nchez will earn â‚¬ 86,542.08 per year.

Although economic production and consumption will still take time to recover from the crisis, tax revenues are doing surprisingly well. According to the draft budget, the state will receive nearly 215 billion euros this year, 2.1 billion more than in 2019. This means that it has made up for all the revenue losses in just one year, against seven years after the previous crisis.

This rapid increase is partly explained by the so-called â€œERTEâ€ leave scheme, which made it possible to maintain household income during the coronavirus pandemic, as well as runaway inflation, the increase in civil servants, the decline in jobs. at low wages that pay off. lower taxes, the growing use of credit cards over cash, and the shift to the formal economy by individuals wishing to benefit from Covid-related subsidies, among other reasons.

It all started in Florida 500 years ago, with Ponce de León