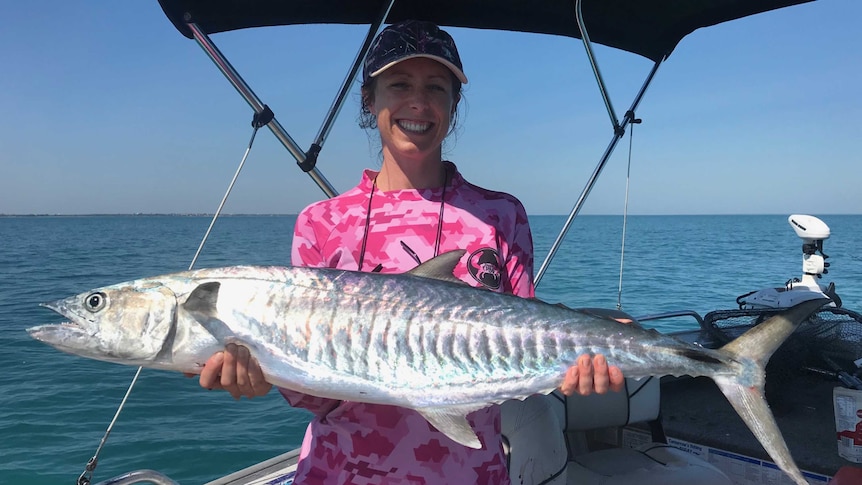 The Spanish mackerel fishery off Australia’s east coast has been seriously mismanaged and urgent action is needed to allow stocks to rebuild, a seasoned fishing expert has warned.

A preliminary stock assessment released in April estimated that the species’ east coast population could represent as little as 17 percent of pristine stocks, well below the sustainable level of 60 percent.

A spokesperson for Fisheries Queensland confirmed that a peer review has since been carried out in the stock assessment, but no specific date for its publication has been set.

In a statement, Agriculture Industry Development and Fisheries Minister Mark Furner called the release of the stock assessment “imminent,” but did not address concerns about the time needed for the stock to be released. its publication.

Spanish mackerel schools on the east coast are angled from southern Torres Strait to northern New South Wales, most of which are commercially fished north of Townsville.

At the inaugural meeting in April, a group statement issued by the ministry said “meaningful” intervention was urgently needed. A Queensland government document says Spanish mackerel is overfished and the fishery is unsustainable, just three years after being deemed sustainable.

The group agreed that several meetings should be held to begin consultations on the fishery changes this year, but a second meeting has not yet been scheduled.

“We don’t want to see another case of what happened with the scallop fishery where science said stocks needed to be rebuilt but there was a delay before urgent management action was taken. “said Miller.

“The delay of seven months now is alarming; the sooner we act to rebuild this fishery, the better for the species.”

“It’s certainly not healthy, the big question is whether it’s 17%,” he said.

National fishing regulations set the goal of maintaining population stocks at 60% of the number estimated before large-scale commercial fishing began in 1911.

Dr Tobin said a quota for Spanish mackerel was introduced in 2004-05 with a trade limit of 619 tonnes, which had not yet been reached despite a slight reduction.

â€œCommercial fisheries have only ever caught about 50% of their allotted quota: for most people that should sound the alarm bells, but Fisheries Queensland has never stopped asking ‘why? “”

A previous stock assessment based on a 2016 study characterized the fishery as sustainable with populations between 30 and 50 percent of the unfished biomass.

But the report said pressure on spawning fish in the Great Barrier Reef Marine Park had made some aggregations unsustainable for commercial fishermen to target.

Spanish mackerel is highly sought after by Queensland fish and chip retailers and restaurateurs for its firm, white flesh.

Cairns wholesaler and retailer Stephen Parsons says half of his business is filleting and processing Spanish mackerel, much of which is sold to fishmongers along the coast.

“I haven’t heard anything. I’m sending emails but it’s still in limbo and no one is answering questions; we don’t know what’s going on,” he said.

“This is a multi-million dollar business and people’s jobs are at risk, we need to know if the season will be here next year.”

Mr Parsons said an alternative to Spanish mackerel for fish and chips could be imported fillets of hake from New Zealand or South Africa.

In addition to the commercial harvest, the unknown quantity of fish caught by recreational fishermen is of concern to many in the industry.

Many fishermen have also reported shark depredation, where bulldog sharks have learned to follow boats and easily feed on angled mackerel before being landed.

Dr Tobin said the Queensland government’s refusal to quantify and manage the pressure from recreational fishing through a licensing system had hampered the data sets available.

Eric Perez, managing director of the Queensland Seafood Industry Association, joined calls for the urgent publication of the stock assessment and said the delay created uncertainty for professional and amateur fishermen.

The century-old commercial fishery has focused on breeding grounds where breeding fish were targeted during mating.

Other Queensland fisheries such as coral finfish have been subject to fishing bans at times when researchers believe they are likely to spawn.

“Spawning closures are a useful tool; they may well play an active role in restoring the Spanish mackerel population,” said Dr Tobin.

â€œWith good management, we can get this fishery back on track. “

“I certainly don’t want this to happen to the Spanish mackerel, which is why the working group and the stakeholders need to work together urgently,” he said.

Get the latest rural news