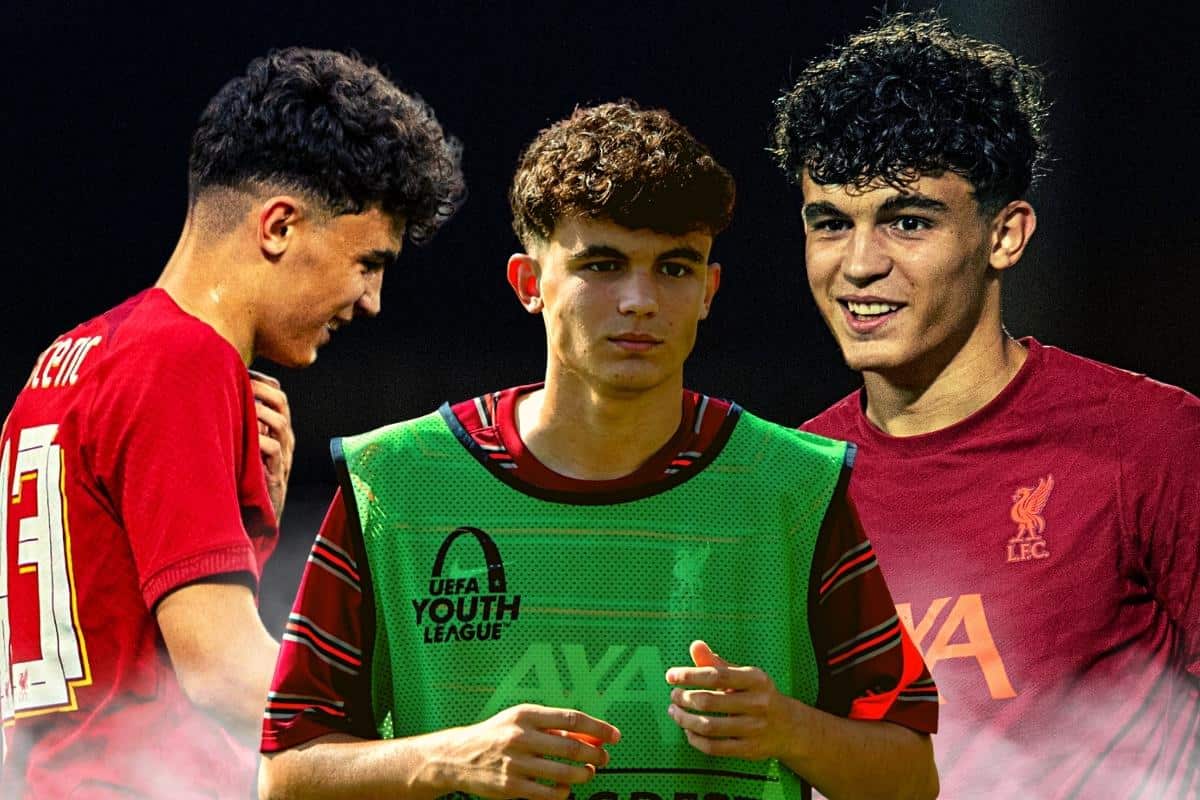 You may have seen a certain number 43 catch the eye on Liverpool’s pre-season tours to date and the one wearing the shirt is 17-year-old Stefan Bajcetic, but what do we know about him?

The Reds’ pre-season is a vital time to lay the foundations for the year ahead, but it’s also a chance for academies to seize valuable opportunity in and around the first team.

Liverpool are brimming with talent in their youth ranks and Bajcetic certainly falls into that category, a player whose name was checked by Pepijn Lijnders as early as January.

It shows the waves he was making in the academy just a year after signing for the club, with coaches keen to show him ‘exactly how we want to do things’.

But who is the midfielder who impresses in pre-season?

The 17-year-old joined Liverpool from Celta Vigo in February 2021, in a deal that was just hours before Brexit regulations were introduced.

From the start of 2021, English clubs were no longer able to recruit players under the age of 18 from abroad and Bajcetic was one of the last young foreign internationals to arrive at the club.

Ever since Liverpool shifted their transfer focus to a more domestic approach under new regulations, as evidenced by the addition of Kaide Gordon, Bobby Clark, Ben Doak and Trent Kone-Doherty.

Before the overseas market closed, Bajcetic attracted a lot of interest, including Man United.

Academy manager Alex Inglethorpe, his assistant Nick Marshall and Under-21 manager Barry Lewtas have all been credited with a role in his decision to go for the Reds, who reportedly parted ways £224,000 for his signature.

Bajcetic is a Spanish national but has Serbian heritage from his father, Srdjan, who played for Celta and was on the club’s books at the same time as Thiago’s father, Mazinho.

Srdjan moved to Spain after meeting his wife and seeing his son later join the same club.

Has he changed jobs? 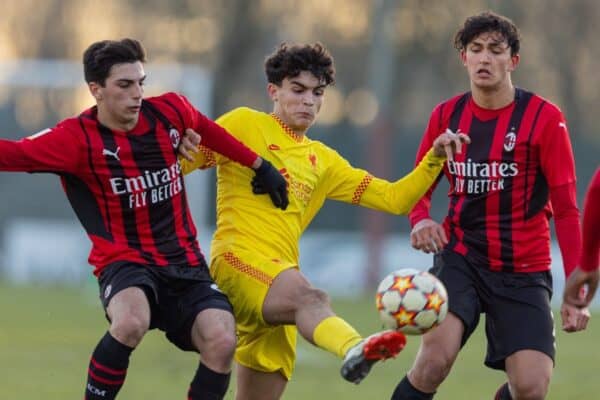 Short answer, yes. His versatility has seen him move from a centre-back to a deep midfield role, where he has been deployed against Man United, Crystal Palace and RB Leipzig.

His stint with the Liverpool Under-18s and Under-23s, now considered Under-21s, saw him move into the midfield base just a few months ago, making the most of his ability on and off the ball.

It’s a move Bajcetic has been more than open to and his time with the first team has allowed him to learn from the best in the job in Fabinho, as he told the club’s official website:

“I always played as a centre-back growing up, but now I think I’m capable of playing there. [No. 6 role]. If they give me the chance, I will.

“To be honest, I don’t mind [where I play]. I just want to play football. If the staff and the coach think I’m needed there, I’ll play there.

“Especially for this club, the way it [Fabinho] plays, I think, is the best, and I always try to watch him and learn from him.

“Obviously it’s difficult to play like him but I always try to watch him and learn from his positioning, his pressing and all that.”

Why didn’t we see it earlier? 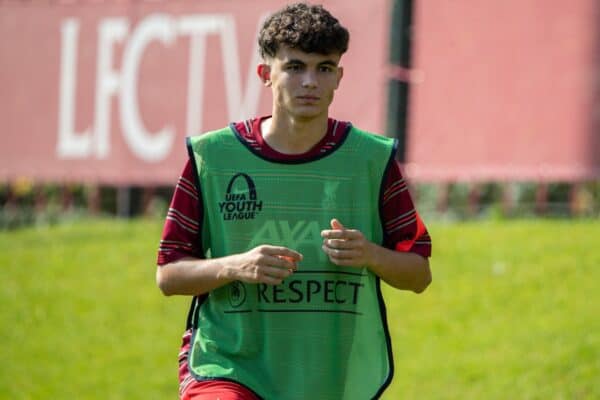 Bajcetic only arrived at the club in 2021 at the age of 16, spending the majority of his time with the U18s before taking part in several training sessions with the first team afterwards.

And while the adage adopted by Klopp and co. is that if you’re “good enough, you’re old enough”, there’s a balance to be struck and expectations to be managed.

But more importantly for the teenager, an injury in January brought his year to a premature end last season to let him regain his fitness ahead of pre-season, with the encounter against Man United in Thailand marking his return to the pitch.

This summer is the right time for the youngster and must leave the door ajar for season-long chances if Klopp turns to the academy again, mainly in cup matches.

What have we said of the teenager? 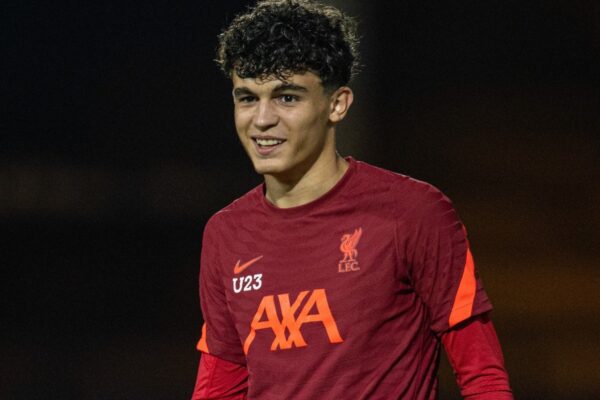 Bajcetic’s skill set lends itself to his versatility, with his calm and composed nature coupled with his ability on the ball, both with his passing range and his desire to run at the opposition.

These were traits that were seen when he won the ball back in Leipzig to help set up Darwin Nunez’s third goal and Liverpool’s fourth of the day, with his composure and conscience clear to behold.

A Twitter thread from Lewis Bower showcases what the teenager has to offer and why he caught the eye of Fabinho, among others.

He can pass vertically in the feet or change the game. He is a fantastic passer.

Also to disrupt the form of the opposition, Bajcetic is confident enough to carry the ball deep into opposition territory, often successfully.

Here it does both: pic.twitter.com/iZGIq4opIi

“He did really well [vs. Leipzig], he was very important on the fourth goal. He got the ball back in a really important area,” Fabinho said of the teenager.

“He’s been training with us, he’ll get better, he’ll have more confidence to take the ball, to turn, to do stuff that the No.6 does.”

The No.6 role is where his future seems destined to be, and with Fabinho, Klopp and the club’s coaches in his corner, all signs point to him being bright.