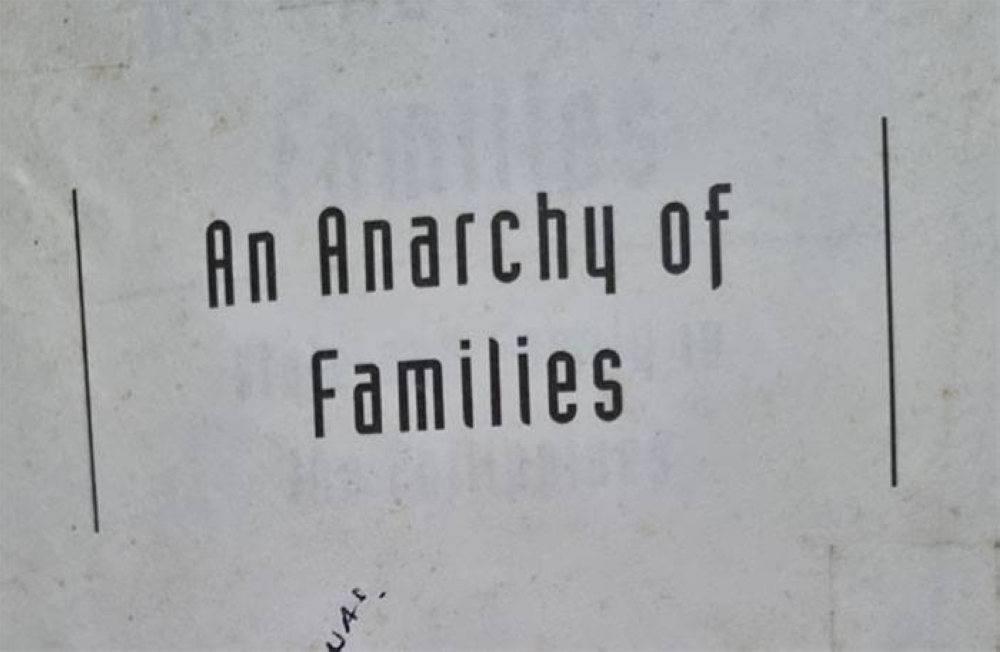 Sugar and the Lopez Family Saga

WRITING about the sugar industry in my columns for August 26 and September 2, 2022 inevitably brought me back to An Anarchy of Families: State and Family in the Philippinesedited by Alfred McCoy and published by Ateneo de Manila University Press in 1994. My copy of the book was signed by Professor McCoy when he came to the country on September 30, 1999 to promote his book Closer Than Brothers: Manhood at the Philippine Military Academy published by Yale University Press the same year.

(The book dealt with the PMA classes of 1940 and 1971, whose members had graduated from the academy on the eve of World War II and martial law, respectively.)

In Anarchy of families, McCoy (as editor) wrote the introduction and an article titled “Rentee Seeking Families and the Philippine State: A History of the Lopez Family”. Yes, this Lopez family.

The Lopez family is best known today for its ownership of key utilities, the most notable of which (today) is ABS-CBN. However, it is not widely known that the clan’s history is intertwined with the political and economic histories of the country.

Get the latest news

delivered to your inbox

Here’s how McCoy summed up the Lopez family history:

“Emerging as sugar planters on the Negros frontier in the 1870s, the Lopezes were leaders of a regional industry that quickly became integrated into the national economy. is accompanied by the emergence of a national political elite. Indeed, their family history converges at almost all significant points with the major political changes of the past century.”

Sugar was a major regional industry in central Luzon in the early 19th century, but the island of Negros quickly became the bedrock of this cash crop from the late 1800s. Several fortuitous events in other parts of the world were responsible for the rapid growth of the country’s sugar exports around the last quarter of the 19th century.

The Lopez clan is quite large, starting with consort Benito and Sabina Lopez, who married in the 1830s and had 16 children, many of whom were involved in one way or another in the sugar industry. The third son, Eugenio (1839-1906), was considered a “central figure” in the Lopez genealogy, having amassed 3,000 hectares of (sugar) land at the time of his death, ranking him among the greatest hacenderos in the region of his time. Eugenio’s time coincided with the emergence of sugar as a key cash crop during the latter part of the Spanish colonial era.

Eugenio himself had 12 surviving children, and the ninth child, Benito, his grandfather’s namesake, was only able to inherit (according to McCoy) half a share of Hacienda Casalagan in Pontevedra, Negros Occidental. Benito’s youth, on the other hand, coincided with a “protracted sugar crisis” that the country experienced beginning in 1896 and only ended when the United States allowed the free entry of Filipino sugar ( and other cash crops) with the passage of the Underwood- Simmons Tariff Act of 1913.

Thus, Benito decided to cast his spell as editor of

, a popular Spanish-language newspaper in the city of Iloilo, which was instrumental in his election as Governor of Iloilo Province in 1903. Young Benito, however, was assassinated by an ardent supporter of his rival Francisco Jalandoni on December 27, 1907 after his re-election as governor, leaving behind his widow Presentacion Hofileña and young children Eugenio (his grandfather’s namesake) and Fernando, who would later become a prominent politician. Benpres Holdings Corp. – later renamed Lopez Holdings Corp. – the influential Lopez family conglomerate, was named after Benito and Presentacion, the parents of Eugenio and Fernando.

During the days of free trade, the great Lopez clan wisely switched from planting sugar cane to milling sugar, as the mills “made high and reliable profits with virtually no risks” associated with “the tyranny of capricious nature. Nevertheless, the sugar industry had serious limitations which the astute brothers Eugenio and Fernando clearly saw. The brothers showed their entrepreneurial acumen by leveraging their industry and clan ties to position themselves favorably in an emerging and expanding array of business and political ventures in a country in transition from colonial rule.

McCoy focused on information technology – the revival of Benito’s time diary – as a springboard for Eugenio’s beginnings as a power broker in Iloilo business and politics in the late 1920s. Fernando was described by McCoy as an “open and sympathetic man ‘who built’ a formidable political apparatus at the national and provincial levels after the Second World War“. His political rise was meteoric, beginning with his election as mayor of Iloilo City in 1945, senator in 1947, and vice president of Elpidio Quirino in 1949. Elder Ferdinand E. Marcos courted him to be his vice-president in the 1965 elections.