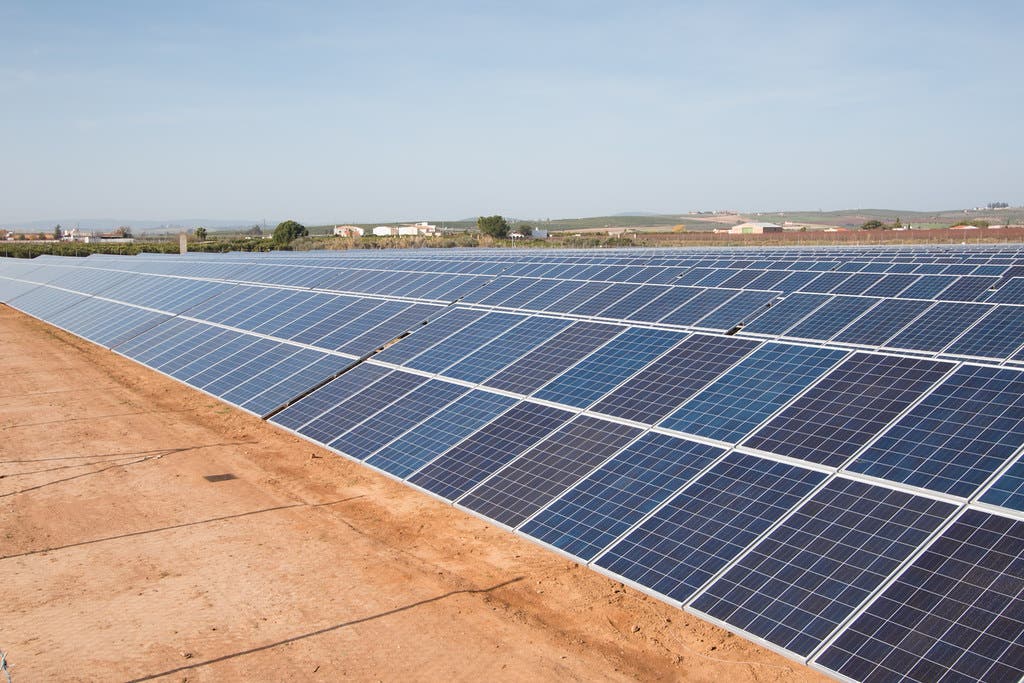 SPANISH cinema is at its best when depicting rural life and the award-winning film Alcarràs 2022 is no exception.

It tells the story of a struggling farming family divided when their century-old orchard is ruthlessly trampled “by progress” in the form of a solar farm.

A box office winner, the award-winning film struck a chord with audiences who are already witnessing the colonization of vast tracts of rural land by international renewable energy companies capitalizing on Spain’s unique combination of sun and wind.

Lightsource (owned by BP) has made Spain its biggest renewable energy market in Europe and joins others in a race that began when the current socialist government swept away the infamous solar tax introduced by the government PP ten years ago.

In Andalusia alone, 1.2 million hectares are reserved for clean energy purposes, while 10% of the province of Teruel could be covered by renewable energy installations by 2030, when the Plan The country’s National Integrated Energy and Climate (PNIEC) plan hopes to achieve a goal of 60 gigawatts of clean energy, meeting 74% of its energy needs.

The excitement is such that it could make the region “the Saudi Arabia of Europe”, according to Spanish economist Jose Carlos Diez.

And, given Spain’s vast areas of depopulated countryside, there seems to be room for everyone to join in the fun.

But like all progress, the renewable energy boom has its detractors.

When it comes to comparing the peninsula to a warm, sandy place, Javier Oquendo, spokesman for the Landscape Defense Platform of Teruel, thinks of another country.

“Big companies are putting the infrastructure here so they can consume the energy elsewhere,” he told Olive Press this week.

“What we want is a zero kilometer policy. Local use of electricity. But, instead, it’s like, throw us a bone, and we’ll be happy.

Oquendo stresses that he is not against renewable energy. The Teruel platform and more than 200 others like it have come together under the umbrella association ALIENTE (Energy and Territory Alliance) with the slogan: “Renewables yes, but not like that”.

Gorka Ederra, spokesperson for the Salvamos El Perdon de Navarre platform, explains: “They plan to cover 40% of the Adios region with infrastructure. These big companies claim to come to save rural Spain. If they leave us alone, that’ll do.

Platforms call it “the industrialization of the countryside” and for players in the tourism sector, the visual impact could be very damaging.

“They plan to fill the land in front of my hotel with solar panels,” says Diego Pilaquinga, who runs the Mas de Cebrian hotel in the Sierra Gudar-Javalambre.

It’s certainly not for the faint hearted with Forestalia’s Maestrazgo solar project which is set to cover 137 hectares with solar panels. “People come here to see nature, not to look at a field of black signs,” he adds.

Part of the area is part of the European Natura 2000 network of breeding sites for rare and endangered species and, although there is legislation protecting natural parks and special protection areas (SPAs), with regard to the Natura 2000 network, the government line is purely indicative and can be canceled.

According to Daniel Lopez of the green group Ecologistas en Accion “these are often areas of great beauty but the problem is that the law does not really guarantee their protection”.

“And most renewable energy companies are there to make money,” he adds.

Forestalia, one of the biggest players in the Teruel region, has a background in the meat industry and has been accused of speculation and receiving a blank check from the government to settle wherever he wants .

“If you say you don’t want their project, their response is that it’s not the public’s opinion that matters. It’s legal,” says Oquendo, who points to a viral video in which a Forestalia adviser was filmed telling a protester “if the villages oppose us, Europe will tell you where you can put your views”.

Forestalia has denied the blank check claims, insisting it is “impossible” when there is a public bidding process to win the project. “People on these platforms play the victim,” insists a spokesperson. “They are afraid of change. Either way, you can’t save your village if you don’t save the world first.

Like the film, Alcarras, the issue proves to be divisive.

Whole communities in Teruel are at loggerheads, Oquendo says, with vandalism surfacing in April and numerous threats being made.

Causing much of the anger is the fact that land can be expropriated if at least 80% of local landowners support the installation of a project.

“There are neighbors who have literally stopped talking,” he says.

The majority of ALIENTE groups claim several small projects instead of a few macros, with priority given to local consumption.

“Unlike coal, residents can all participate,” says Ederra of the Salvamos el Perdon platform.

But Jose Donoso, head of the Spanish solar association UNEF, dismisses this idea as “suicide”. He reminds us that the ecological transition is not only about “decorating the landscape”.

“We need 25 billion euros of investment to reach the target of the National Integrated Energy and Climate Plan (PNIEC) 2030. Small businesses simply don’t have that kind of money,” he says. .

Donoso adds that those who argue that we can respond to climate change only with small businesses are neo-deniers.

“These people may not deny climate change, but that makes them more dangerous because they oppose any policy to deal with it,” he says. “They are the biggest obstacle to ecological transition in the country right now.”

As for Alcarras, Donoso points out that the current Catalan village of Alcarràs, where the film takes place, actually has a solar farm installed on land previously used as a dump for waste from an industrial pig farm.

No orchard was destroyed and the “owner is very happy”.