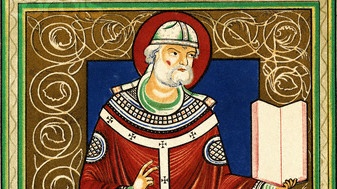 Thank God Lent is almost over

Almost there. The 40 days of Lent end with a so-called Black Fast Day on Good Friday. It means fasting plus abstinence. . . therefore, less of everything and abstinence from meat, although there is room for a hot roll.

Lent is the traditional fasting time, long before contemporary innovations like dry January, vegan, and meatless Mondays. It is a time of year when nature is exuberantly vital, but when in pre-modern times there was relatively little food, it was a time for plowing and sowing. Spring is a better time of year than January to let things go; The days are getting longer and hotter. Nature is on your side. These days, most people simply give up chocolate or sweets, or give more to the poor. But it’s Lent for sissies.

This, one might say, is the original Veg directory. When Pope Gregory the Great decreed at the end of the 6th century that during Lent people should abstain from meat, milk, butter, eggs and cheese, he set the conditions for Catholic practice for the next 14 hundred years. Naturally, this has been modified to take account of local conditions; at Iona, under the Irish Church, the monks were entitled to bread, eggs and milk, but only after vespers, that is to say for the evening meal. If they knew, they were the first practitioners of intermittent fasting.

The idea of ​​Lent, of course, is to emulate the example of Christ who fasted for 40 days in the desert after which, as the Evangelist Matthew simply observed, “he was hungry.” In fact, this is what the Irish word for Lent means, Chargas; it’s taken from Quadragesima, the 40 days. And once, it wasn’t just food: music and merry-making were pushed aside; the same was true for sex and violence. In the past, the Irish officially put away their instruments at the start of Lent. This must have given Easter, when all renunciations ended, an explosive character.

If meat is not on the menu for Lent, that leaves fish. And a whole repertoire of dishes was born out of the meat ban. One of the reasons Spanish cuisine features salt cod so often is that it was something you could eat on a fasting day. There is a whole repertoire of Middle Eastern dishes that are vegan and served to fasting people. If you ask for fast food in, say, Jerusalem, where I’m from, you’ll get dishes made with something other than meat or yogurt: flatbreads, lentil soup, salads and tahini dips. Personally, if I don’t see more hummus until next year, that’s fine with me.

This year I tried to go all the traditional pork as recommended by Pope Gregory. Naturally, my first instinct was to find the bypasses. If you include Sundays, Lent lasts longer than 40 days – Sundays don’t count. Ditto on holidays: St Patrick’s Day of course, and then there is Lady Day, the feast of the Annunciation.

Fish is Lenten, but expensive if, like me, you’re used to fresh. I could handle 40 days of Dublin Bay prawns, sole, turbot and lobster, thank you. Otherwise, you end up with the vegan option. In pre-modern times, it was quite simple: dried peas and beans (flatulent and boring, but nutritious); potatoes, leeks, wild garlic and the rest.

The plethora of vegan options these days should make things easier, but that just adds a complicated moral dimension to your diet. Soy can lead to deforestation and is usually imported from afar; the avocado is grown in pesticide and water-intensive monocultures; almonds (for milk) are also water-intensive. Oat milk doesn’t seem to be a problem, but have you ever seen it disappear in a cup of tea? Carbs – pasta, rice, potatoes – are good but mean Lent doesn’t lead to weight loss. On the bright side, the booze is almost perfectly vegetarian.

But if Western Christians outdo themselves for giving up during Lent, they quickly come back down to earth when they encounter the Orthodox tradition. I have been to Jerusalem, and the Orthodox there are die-hard fasters; they spend something like a third of the year fasting one way or another. The monks eat plain vegetables, without oil to make them palatable. Lay people have a vegan diet that does not include fish, but to feast on they can have some for feast days. They gradually let themselves into Lent, giving up meat the first week, then dairy products the following week.

The whole Lent thing seems confusing to non-believers. But the cycle of fasting and feasting has psychological as well as religious meaning. If religion was only about what goes on in your head, if it didn’t involve a bodily element, it would be less than human. All abstinence, the element of deprivation, is a physical expression of part of the cycle of the Christian year. And of course, the abundance of the season – spring lamb and eggs – is most delicious when it follows a time when you can’t have any. Lent, then, is not just chocolate. But when the time comes, make mine a Bewley Easter Bunny.

Melanie McDonagh is an Irish journalist working in London

AI masters language. Should we trust what he says?