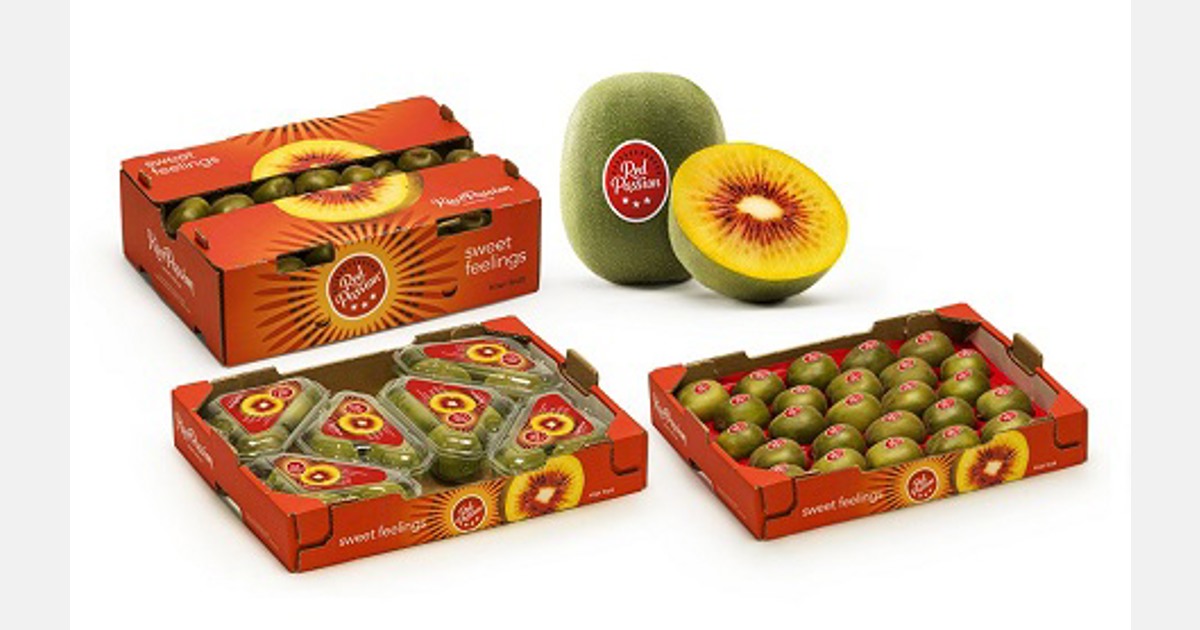 Pioneers in the cultivation of red kiwis in France, Vergers Cancel and Aurières Fruits have launched their marketing campaign. They intend to energize the kiwi section with their Red Passion brand.

“The kiwi was one of the few products for which there was only one color and one variety. A few years ago, the yellow kiwi arrived and it is now the turn of the red kiwis,” explains Maxime Gil, general manager of Vergers Cancel. From next week, the red kiwi, with a slight taste of red fruits, will be available everywhere in France until the end of December.

French production of this fruit is still in its infancy, but it should grow in the years to come. “For now, our own production will only last until the end of December/beginning of January, but with more volumes, the marketing period could last until March. For this season, we are going to complete our offer with red kiwis from Italy in order to extend the season and offer our customers a complementary origin alternative.

The Red Passion kiwifruit is linked to the Kiwi Passion consortium based in Italy and created in 2019. It brings together producers and retailers of Greek, Spanish, French and Italian kiwifruit.

A potential of 150 tonnes this year and 1,500 tonnes within 5 years
Jean-Michel Aurières was the first French producer to start producing red kiwis in 2018. He now owns 8 hectares cultivated under photovoltaic greenhouses. “It’s the largest plantation in France, and even in Europe, because it’s a large-scale and innovative project. We also have a second grower who harvested for the first time this year. »

Production is set to increase since the ambition is to reach 50 hectares planted within 3 years, with a potential of 1,000 to 1,500 tonnes of red kiwis within 5 years. This objective should be achieved thanks to the Kiwi Origine joint venture created in 2021 by Vergers Cancel and Jean-Michel Aurières. “We have implemented a plan to monitor varietal innovations and test them. Once the process has been validated, we deploy them to our 200 partner producers.

A kiwi that meets the expectations of consumers looking for a sweeter taste
With its colorful heart and notes of red fruits, the red kiwi has a lot to offer. “Visually speaking, the fruit is attractive and innovative. And its taste is also completely different: it is sweeter, less acidic, it melts more and also has a slight taste of red fruits and figs which makes it quite exceptional. This is exactly what caught our eye as the pretty visuals alone wouldn’t have been enough to get us started on a production.

According to Maxime Gil, this “exceptional taste” and this “catchy color” will allow the fruit to find a place of choice on the shelves. The red kiwi will appeal to consumers who prefer sweet products and do not like the acidity of the green kiwi. This was evident during the tastings, regardless of the age of the consumer. Everyone was unanimous on the taste. But the red kiwi also has other benefits because it contains twice as much vitamin C as its green counterpart and its taste does not suffer when overripe.