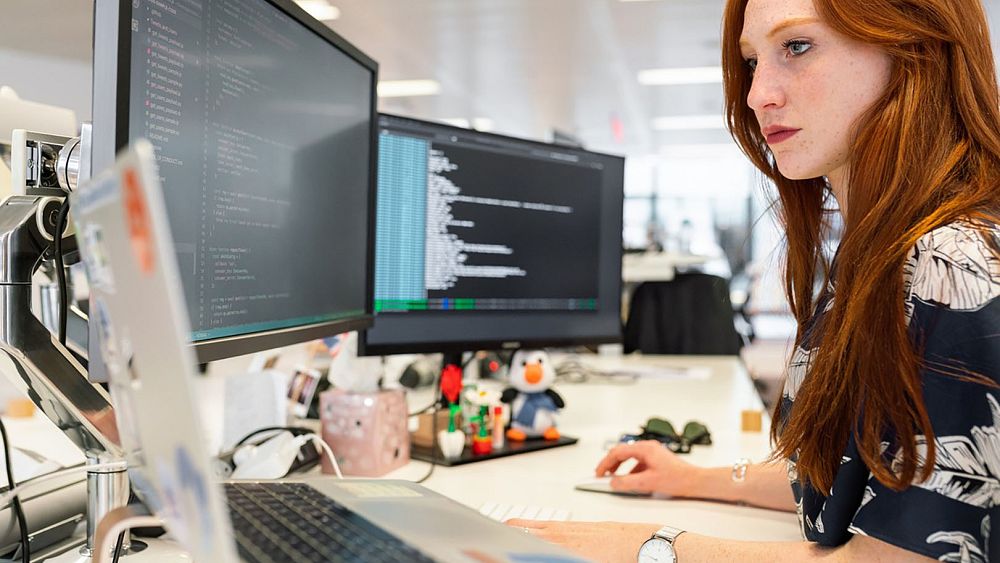 The great resignation: is it an American revolution or is the trend happening in Europe?

Jorge, 26, has worked in Germany for four years at Standard & Poor’s but finds himself increasingly alone. This year, several of his colleagues have decided to take the plunge and quit their jobs without a plan B.

Even though he says resignation is still rare, an exodus of workers is already a reality across the Atlantic in what is called the “Great Resignation” – and it threatens to spread in the entire Europe.

More than 4 million Americans have decided to quit their jobs each month since the start of the post-COVID-19 recovery, a figure that rises to 20 million if measured from May to September.

Some factors may explain the causes of a revolution that surprised economists: a shift in priorities due to the pandemic, burnout or savings from stimulus policies could be part of it.

But the truth is, there is no single reason for the change just yet.

COVID as a catalyst for a better work-life balance

The numbers speak for themselves. The number of resignations has increased by 15% this year, compared to the same period in 2019 before the start of the pandemic.

“Without a doubt, the pandemic is one of the reasons. There has been a cultural shift in its priorities, people are now asking whether work should play the role it had before”, JerÃ³nimo Maillo, professor of law European at CEU San Pablo University, Euronews said.

Experts and workers alike point to the pandemic as a catalyst for change.

Sonia moved to New York City three years ago to work in marketing, and says COVID-19 has changed work routines beyond recognition.

“People who decide to quit are making this decision based on their desire to improve their quality of life, not to increase their wages,” she said.

The Great Resignation appears to be accelerating and this has led many experts to predict global expansion. But will the revolution reach Europe?

The Great Resignation: a European trend?

Unlike what is happening in the United States, the unemployment rate in Europe is on the verge of returning to pre-crisis levels.

In France, the number of active people is even higher than before the pandemic, while in Spain, the number of resignations between 2020 and 2021 has fallen, according to the Spanish Ministry of Social Security.

For Raymond Torres, director of international economics at Funcas, these figures show that what we are witnessing in Europe is not a Great Resignation, but a major reconsideration of work.

“Workers on both sides of the Atlantic Ocean are rethinking their relationship to work. In the United States, quitting smoking has been the most common solution, but in Europe the employment data does not match,” he said. he explained.

“This apathy has reproduced in a deeper way: it’s not that they don’t want to work, but they want to change the way they work.”

Maillo agrees. â€œSome of the factors seen in the United States could be happening in Europe,â€ he said.

“Like a cultural change and people’s search for flexibility in order to balance their working lives. However, there are also differences. In the United States, for example, it is easier to quit because it is not so difficult to find another job “.

Besides the possibility of landing a new job, there are clear differences in the way that dissatisfaction at work is approached and handled on both sides of the pond.

“In the European Union, labor market institutions, in particular negotiations between unions and employers, as well as tools such as protests and strikes, can be used to demonstrate discontent,” said Elvira Gonzalez , specialist in the labor market and employment policy at the European Competence Center.

â€œOur strong labor institutions reduce the chances of seeing something similar to the Great Resignation here in the EU,â€ Gonzalez said.

The homogeneity between states in the United States gives rise to a large-scale phenomenon. However, this is not the case in Europe. In order to determine if there are any similarities with the US case, we need to look at where each European country is starting from.

“In Germany, Europe’s largest economy, the country has experienced a labor shortage for years. It has a very low unemployment rate, close to full employment,” GonzÃ¡lez said. “In Spain, on the other hand, it looks like science fiction.”

With an unemployment rate of almost 15 percent and a precarious labor market, few people in Spain are encouraged to quit their jobs.

â€œEven if the workers are not treated too well, they hold on until they have another opportunity,â€ Maillo said.

These different mentalities are favored by the different characteristics of each European labor market. While in some countries resignation is not an option, in Germany workers can take their time to find other employment.

The number of resignations has also increased in France. Last September, the country recorded an increase of 9% compared to the same period in 2019. Almost half of the workers who left their jobs were voluntary resigns.

Another reason that could help shed light on why the impact of the Great Resignation is still not being felt in Europe would be the use of unemployment benefits linked to the pandemic.

In the United States, the government distributed stimulus checks to millions of citizens, while in the Old World, the stimulus injection in Europe was tied to an employment contract.

“European stimulus packages, like the Ertes, were conditional on no layoffs. It tied the worker to the company,” GonzÃ¡lez said.

For Maillo, it is a European success, since this type of subsidy has made it easy for workers to find their jobs.

In addition, there has been a drastic increase in the unemployment rate in the United States.

â€œIt went from 3% to 14% in a few months. In Europe, on the other hand, this increase was moderated because government payments required workers to have an employment contract. It had a positive effect because it took away from inactivity, â€Torres argued.

When it comes to assessing whether the Great Resignation could cause a trend change in the labor market, the Funcas analyst remains cautious.

â€œPeople are rethinking the type of work they do and it could be seen in the rest of the advanced countries,â€ he said.

That won’t show, at least for now, he added. Only time will tell if the great work revolution that began in the United States during the post-pandemic era will spread to other economies.