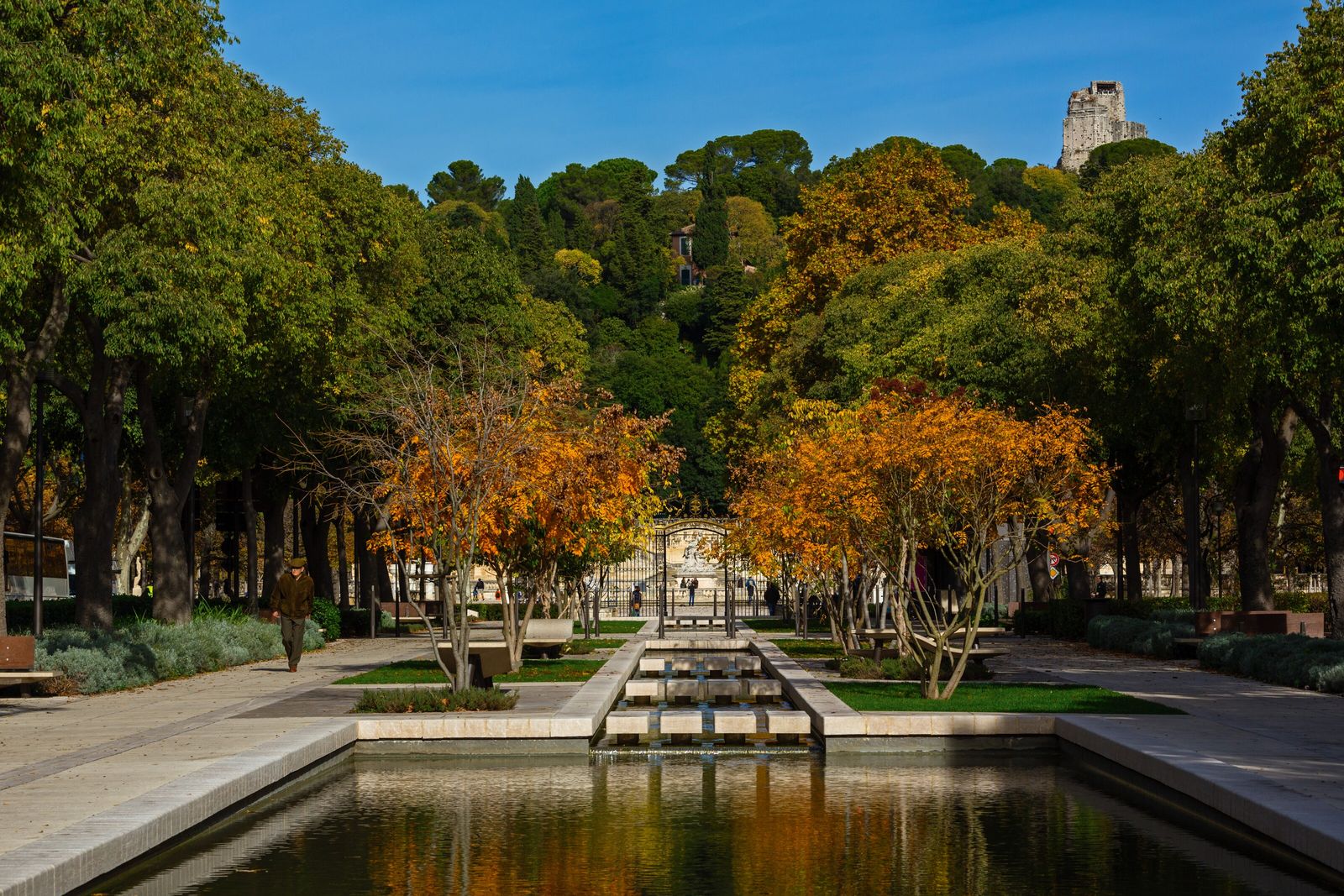 The inside guide to Nîmes, the French city steeped in Roman history

Claiming some of the best-preserved Roman monuments in Europe, it’s easy to see why the bustling city of Nîmes is also known as “French Rome”. And with an enchanting old town and great restaurants and shops, it easily stands up to other better-known destinations in southern France – or even Italy – as a short-stay destination. With its palm trees and golden stone buildings, there is a distinctly Mediterranean vibe in Nîmes – located just a few hours northwest of Marseille. It’s also compact, making it a breeze to explore on foot. There are also cultural events throughout the year – the annual highlight being The Great Roman Games, when hundreds of actors dressed as gladiators re-enact the bloody battles and fiercely contested races their ancestors lived through.

The epicenter of the city’s Roman past is the 24,000-seat, 20-meter-high Roman Tower. Arena of Nimes. It is impossible to miss in the heart of the city and, as the best preserved arena outside of Italy, it is worth exploring the nooks and crannies behind the main arena where animals, slaves and the soldiers would have waited before their battles. Climb to the top level to see if you can count the peaks of the seven hills that surround the city – another eerie echo of Rome. This hilly landscape is said to lock in the hot weather, meaning Nîmes enjoys one of the mildest climates in France.

Right next to the arena is the Museum of Romanity, which opened in 2018, its undulating white mosaic facade designed to represent the folds of a Roman toga. Inside, you can admire age-old artifacts, including exquisite mosaic floors, as well as interactive 21st-century digital exhibits that bring elements from the Roman era to life. Nearby is the Bullfighting Cultures Museum, which houses a collection of bullfighting artefacts, from matador artefacts to a comprehensive exhibit dedicated to legendary matador José Tomas and the historic bullfight of September 12, 2012, in which he fought a record six bulls in the arena. The bullring also hosts the biennial Feria de Nîmes, a Spanish-style bullfighting event officially held in the city since 1952.

If you’re more into music than matadors, then you’ll want to check out the month Nimes Metropolis Jazz Festival, which takes place every fall; the Nimes Flamenco Festival, meanwhile, sees the thrill of castanets and heels fill the Théâtre de Nîmes every January.

From the Arènes, it’s a few steps from Nîmes old City, a maze of cobbled streets that weave their way between tempting grocery stores, chic boutiques and sunny squares, such as the Market place, with its bronze crocodile and palm tree fountain – a sculptural representation of the city’s two emblems. Get a table outside Courtois Patisserie for a coffee and a macaroon while watching what happens daily in the city. Don’t forget to try calissons: diamond-shaped almond confectionery, a specialty of the region — you will find some of the best at Francin Pastry, a few steps from the Museum of Romanity. Otherwise, dive into the specialty of the city, crunchy, a best-savory orange blossom and almond cookie from the city’s institution House Villaret, rue de la Madeleine.