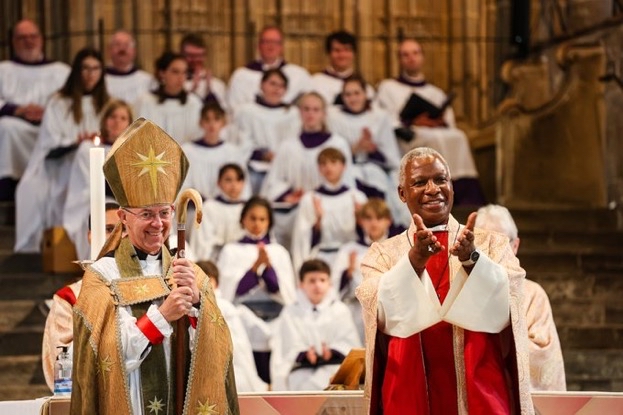 Bishops joined in the Lord’s Prayer in their own language during a moving opening service for the 15th Lambeth Conference.

Music, prayers and readings were also heard in Māori, Bengali, Zulu, Cantonese and Shona as well as French, Spanish and English during a service broadcast live to a global audience .

The Bishop of Lesotho, the Very Reverend Dr Vicentia Kgabe, delivering the sermon, explained how the Anglican Communion is “called to practice hospitality and to serve” in a world that is experiencing “serious pain and conflict.”

The Archbishop of Canterbury prayed at the start of the service that the Lambeth Conference would lead the bishops to a better understanding of each other and a deeper love for the world.

During the closing service, the bishops, their wives and the entire Conference community reaffirmed their faith in God, sharing Holy Communion and saying the Lord’s Prayer in many different languages. The Archbishop of Canterbury preached, urging those present to be courageous, “for it is the good pleasure of the Father to give you his kingdom” (Luke 12:32).