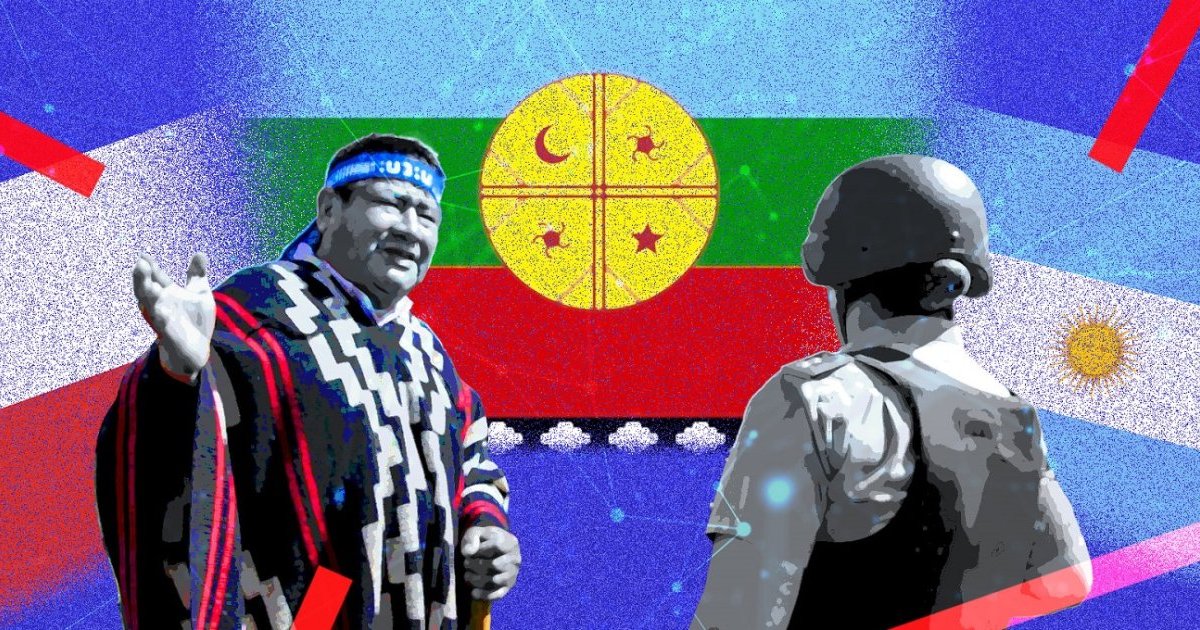 On March 15 in the middle of the morning, the fourth day of his mandate as Minister of the Interior under the new President Gabriel Boric, Izkia Siches left with a convoy to meet the Mapuche representatives of southern Chile. It was her first official activity and it was literally a baptism of fire: she received gunshots in Temucuicui, 690 kilometers south of Santiago.

“If they want to enter like this, they are very mistaken. We can receive Siches and Boric if it is to talk about the restitution of the territories”, declared Víctor Queipul, the “lonko” or the highest authority of the region In response, the young Chilean president declared a state of emergency and sent troops – as his predecessor Sebastián Piñera had done when he was in power – to guard the southern macrozone, which includes the Araucanía region. and the provinces of Arauco and Biobío.

The Mapuche community is the largest of the original peoples in Chile – nearly one million people consider themselves part of this culture. They are also present in Argentina, although in smaller numbers. Like the rest of their indigenous brothers and sisters in the Americas, they have long fought to claim their rights, which have always been restricted.

Having severed relations with his predecessor Piñera, the Mapuche had high hopes for Boric, but three months later and the tension has not only returned, but the violence in the region is the worst it has been for two decades. There have already been seven deaths so far this year, more than in all of 2021. Daily La Tercera recorded 24 deaths since 2002 due to rural violence in La Araucanía, 17 of them in the last three years.

What is behind this escalation of violence by people who see themselves as part of an indigenous community? And why has southern Chile and, to some extent, southern Argentina become hotspots of an existential problem in these countries – the question of what to do with indigenous heritage?

What place do indigenous peoples occupy in Latin America in the 21st century?

The indigenous population of Latin America occupies a significant place demographically, particularly in Bolivia, Ecuador, Mexico, Guatemala and Peru, where more than 90% of the population originating from the region is concentrated. In these countries in particular, the indigenous movement began to develop in the 1990s, on the occasion of the commemoration of the 500th anniversary of the “discovery of America”, which they made a symbol of resistance. In Bolivia and Ecuador, the movement led to the inclusion of the concept of a plurinational and intercultural state in their constitutions in the constitutions of these countries.

The cultural development of peoples such as the Maya in Mexico and Guatemala, the Quichua in Ecuador, the Aymara in Peru and Bolivia, and the Mapuche in Chile and Argentina, had already been underway for centuries when the Spaniards reached the Americas at the end of the 15th century. . Today, they represent only 8% of the population of Latin America, but 14% of the poor. This is the source of a fuse lit decades ago that today threatens to trigger a major explosion in the far south of Chile and Argentina.

Deaths linked to the violence of radicalized groups of Mapuche origin in these regions are on the rise. The same goes for acts of sabotage against businesses operating there, such as the attack that claimed the life of Pablo Marchant, one of the masked youths who used high-caliber firearms to attack a business. forest in Carahue on July 9, 2021. Marchant was shot dead. killed by the Chilean Carabinieri Police, working alongside the company’s private guards to repel the attack. A few days later it was learned that the young man, who had no Mapuche family ties, was a member of the coordination group Arauco Malleco (CAM), one of the paramilitary organizations fighting for the autonomy of the Mapuche people from vis-à-vis the Chilean State. The group claimed responsibility for a series of arson attacks in the area. “We as CAM are not going to negotiate or compromise with the historical enemy. We are part of the Mapuche revolutionary movement. We are fighting against the capitalist system and against the colonial state,” said its spokesman, Juan Pichún.

A similar statement was made by another group, Weichan Auka Mapu (WAM), in a video posted on YouTube end of November 2021, a few days before the elections that brought Boric to power. In it, around thirty masked men armed with weapons of war reaffirm their “revolutionary commitment to acts of sabotage against capitalist interests”.

With military troops deployed in the region and radicalized groups under the Mapuche flag threatening to destabilize institutions, Araucania has become a powder keg that keeps President Boric and his government on high alert. A similar fate is met by his Argentinian counterpart, Alberto Fernández. In areas like Bariloche, a tourist paradise that attracts skiers from all over the world every winter, lives have also been killed by the Mapuche question and violence disguised as a struggle for rights.

José Bengoa is one of the Chilean historians who has studied the Mapuche people the most. He attributes the reasons for the conflict to “forestry expansion” by logging companies. It also refers to “enlightened indigenous youth” who, unlike their ancestors, received a dual education – traditional teachings and modern Western culture.

Added to this is the impact of internet access, travel and globalization, which has also reached communities, he says. Armed with these cultural resources, the new generations of a traditionally combative people hardened their position vis-à-vis the “white” states created in Argentina and Chile after independence from Spain around 1810.

“The state does not pre-exist any original people,” says Orlando Carriqueo, a “werken” or Mapuche leader in Río Negro, Argentina. RELATED. “It is the state that imposes violence, not the communities. It does this when it uses force, as it has done for the past 140 years with the appropriation of territories, the displacement of communities, the flooding of their lands and their relocation so that dams can be built while they don’t even have electricity. Or when it grants logging companies access to the forests where communities live,” he says. “These are examples that show that the violence is imposed by the state and that the victims are the communities.”

Carriqueo explains that despite all this, the Mapuche are not at war with the state but seek recognition based on respect. “Because we have imposed on them until now a culture, an Argentine identity, a flag and a homogenization of society that is not homogeneous. That’s why we have territorial disputes, and that’s part of the discussion that needs to be addressed,” he says.

On the other side of the Andes, in Chile, the violence has reached unprecedented levels. But for Humberto Toro, the presidential delegate in the province of Arauco, the situation is not the result of ancestral claims but rather of criminal organizations using the Mapuche question to conduct illegal business. “The groups that have become the most vocal have a territory to hide in and a cause they use to try to justify their illicit activities, the Mapuche cause. And they are using this historic struggle as a cover for their illicit activities,” says the senior Boric official in the southern province.

Chile’s indigenous population is 13% (in Argentina it’s only 2%) and despite what sectors linked to the political right describe as “a new Chiapas”, the country has made progress in recognition of the rights of indigenous peoples. The best example of this is the recently formalized proposal for a new constitution with a strong indigenous component in a historically conservative country. The inclusion of the Mapuche in the constitution, however, is not enough to overcome a conflict with historical roots, a conflict “so badly managed that it has generated much more violent consequences”, declared to the Spanish daily Salvador Millaleo, the main advisor to Boric on Mapuche issues. El País. Millaleo didn’t last long in that role – he resigned as Indigenous Affairs Coordinator in late April following further violent incidents in the south.

Although the new left-wing government in Chile has achieved nothing yet, it is optimistic on the Mapuche issue and tries to separate the wheat from the chaff – or, organizations sabotaging the negotiations with violence, communities who want engage in talks with the state. “So that we are truly able to build a country in which people have the right to travel and live peacefully anywhere, which is not currently the case in the province of Arauco”, explains Humberto Toro . He adds: “The acts of violence have nothing to do with the Mapuche cause”.

In any case, the indigenist claims have roots much deeper than the official explanations and go back to a narrative deeply embedded in the collective consciousness, namely that what happened on the American continent is in fact a disaster. historical. that it is not too late to fix it. How to reconcile this point of view with the existence of modern states and their non-indigenous populations – although they may have a trace of indigenous blood in their veins – is an unanswered question for Latin America in the 21st century. century.

These are your worst dealership experiences

A Brief History of Rodeo | Story