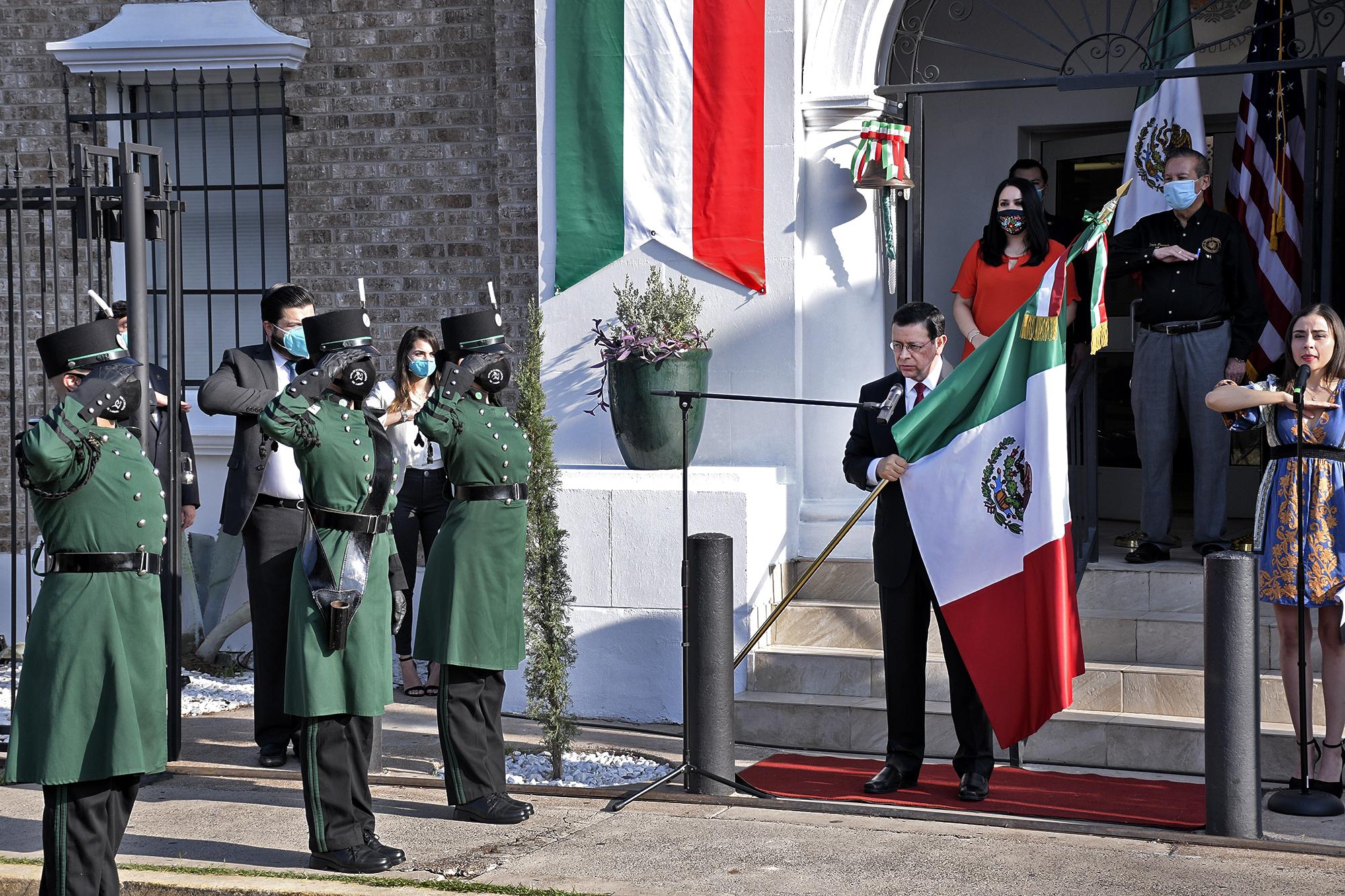 The Mexican Consulate in Laredo this week shared details of the Independence Day celebration and other activities to be carried out during this patriotic month for Mexican nationals.

This celebration is recognized for its great significance to the Mexican people, as it represents the liberation of the country from Spanish forces.

According to Erika Del Orbe, promoter of community affairs at the Consulate General of Mexico in Laredo, it was in 1810 that the priest Miguel Hidalgo called on the town of Dolores to rise in arms, with the aim of liberating the Mexican territory from the Le Spanish yoke, which is why, for all Mexicans, it is extremely important to celebrate this event since this movement led to an independent, free and democratic Mexico.

Therefore, the Mexican Consulate annually presents a representation of the events that occurred on the night of September 15, 1810, one of the most important celebrations according to De Orbe, which includes the traditional “El Grito de Independencia”.

The anniversary of Mexico’s independence movement will be held for the 212th year to commemorate the history and heroes who gave freedom to Mexicans.

“As representatives of Mexico in this country, we are proud to celebrate this historic event with the Mexican community that is in our constituency,” said De Orbe.

On Thursday, September 15, at “El Portal” next to the Outlet Shoppes in Laredo, there will be a meeting place for the whole community to celebrate this tradition.

Der Orbe said that during this popular festival, the public present will have the opportunity to attend folk dances, mariachis and local singers such as: the folk group of the Mexican Cultural Institute of Laredo, the folk ballet TAMIU, the traditional folk dance group Aidin, the folk ballet Tradición y Cultura, the folk ballet of Santander, the dance academy Kozamalotl and Gimnasia Arcoíris, the mariachis Los Arrieros and the musical group Los Romeritos.

Various food stalls will also be present in the plaza offering a variety of Mexican snacks to the delight of those who want to reminisce about the flavor of Mexico.

The traditional El Grito will take place at 8 p.m. and will be performed by Consul General Juan Carlos Mendoza Sánchez.

“We invite the community at large to wear Mexican clothing or use the national colors, green, white and red, and join us in this great Mexican celebration so that together we shout loud and clear, ‘Viva Mexico!’ said De Orbe.